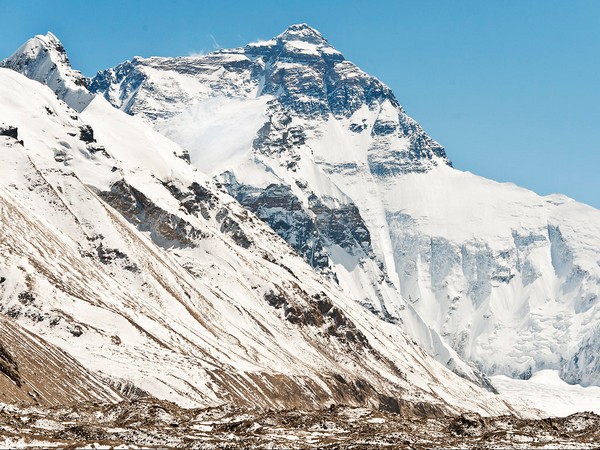 Beijing’s state-run CGTN’s tweet featuring Mount Everest ‘located in China’s Tibet Autonomous Region’ sparked a row among the netizens of India and Nepal who trolled the Communist country for spreading fake news regarding its claims in the region with a ‘#BackOffChina’ trend on Twitter. “#backoffchina Stop Spreading false new Mt.Everst is located in nepal not in china,” said a Twitter user from Nepal.

“This is our Mount Everest (8848 ht) we don’t want this to used and marked as yours. nepal government should act upon this. This is unprecedented words that has been used here. this is unacceptable. #backoffchina,” tweeted another. CCTN had on May 2 posted a tweet of an ‘extraordinary halo’ over Mount Everest. However, the words claiming Mount Qomolangma was the world’s highest peak ‘located in China’s Tibet Autonomous Region’ have drawn aggression from people with some of them also urging the Government of Nepal to take strict action over the social media post.

Twitter users asserted that Mount Everest was in Nepal and not in China and that it will always be the ‘pride of Nepalese’. Some even shared memes of China’s President Xi Jinping and tagged Nepal’s government to bring a spotlight on the claim. “Dear @CGTNOfficial Mount Everest is in the Nepal. Not in china’s Tibet. So Please stop spreading Fake News,” said a user from Kathmandu.

As per experts, Nepal and China had signed a border dispute resolution agreement in 1960 according to which it was decided that Mount Everest will be divided, and southern part of it will belong to Nepal and Northern part to Tibet Autonomous Region which China claims as its own. Speaking to ANI about the CGTN tweet, Professor of Chinese studies at Jawahar Lal Nehru University, Srikant Kondapali, said, “It is a not a new thing, China is trying to consolidate its claims on Tibet and Everest.”

“The Everest on the Tibet side is treacherous and very less used by the Chinese side, there is no trace of tourism from that side, as it is very steep and also visa is an issue,” Srikant added. The majority of tourism and expeditions on Mount Everest take place from Nepal, now with help of technology, China is also developing Tibet side of Everest and recent projection by the official website clearly reflects the ambitious plans of China and this move may become a bone of contention between Nepal and China.