A video is being shared on social media with a claim that a BJP leader in Bihar recently attacked the District Collector there.

According to the report, the incident is from Jharkhand, where BJP leader Rajdhani Yadav, argued and attacked the District Transport Officer (DTO) of Latehar, F Barla, for removing a nameplate from his vehicle that bore his designation and name. 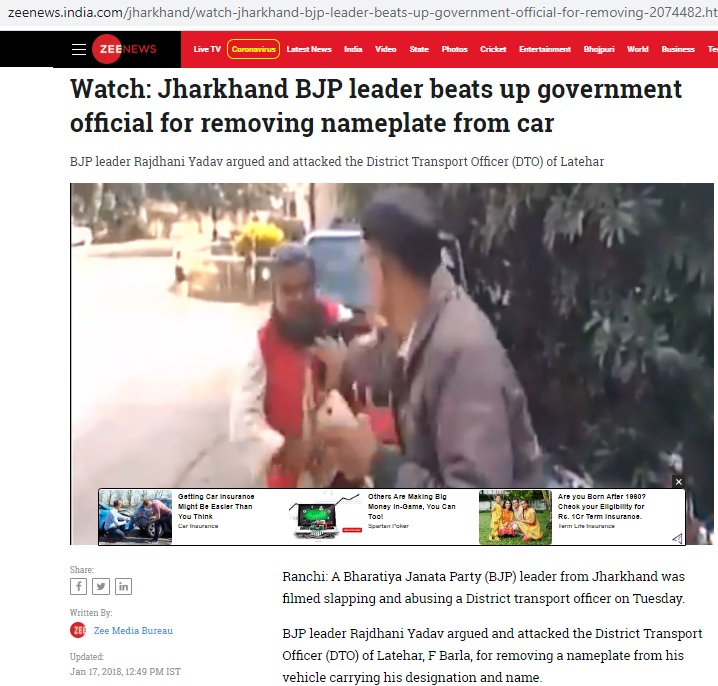 The video was tweeted by newswire ANI.

The above information proves that the claim attached to the video is misleading and false.