Following the government’s relaxation allowing the liquor stores to be opened in different parts of the country, a video is widely being shared on social media in which a cop in a drunk state can be seen lying on the ground.

It is being claimed that the video has been taken recently when liquor shops opened after over 40 days of lockdown due to COVID-19. 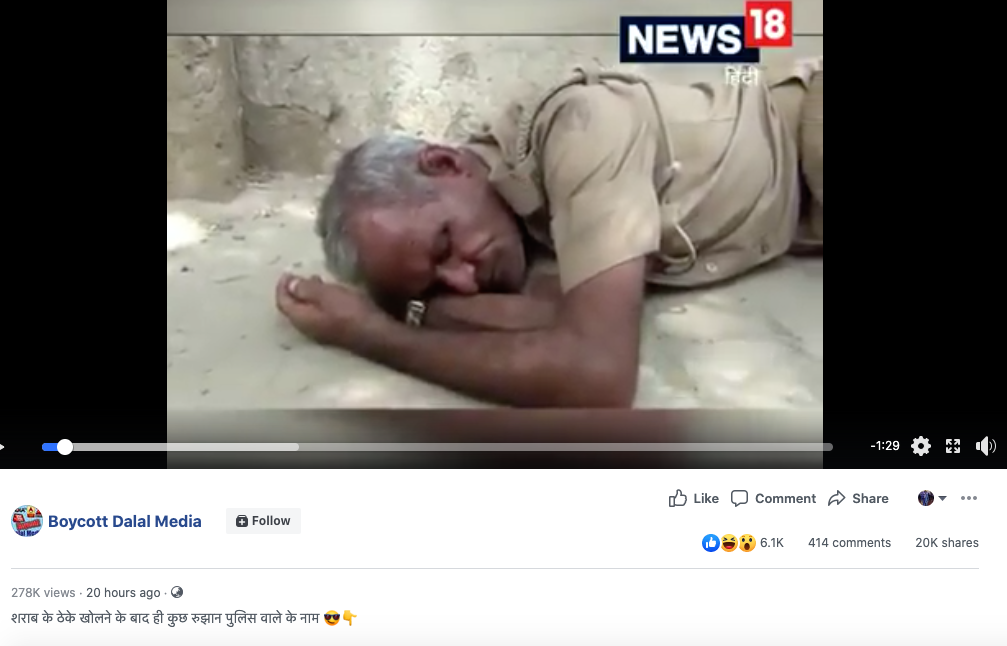 At the time of filing this report, the above video was shared over 20,000 times.

The same video was posted by several other which can be seen here, here and here.

First, we extracted the keyframes of the video and put them through Reverse Image Search. Since we can see the logo of News18 Hindi on the top right side, we included keywords such as ‘News18’, ‘drunk’, ‘Cop’.

On investigating, we found the same video on the official website of News18 Hindi (hindi.news18.com) dated June 27, 2017. 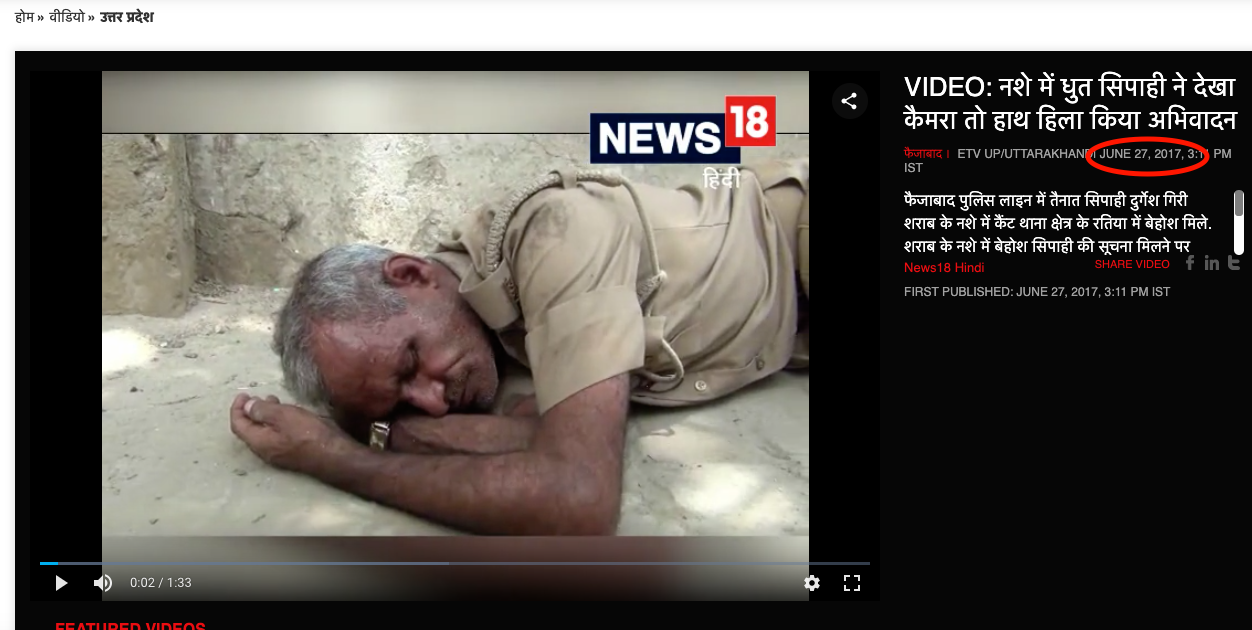 According to the report, the incident took place in Uttar Pradesh ‘s Faizabad, when Police constable, Durgesh Giri, was found unconscious in Ratia in Cantt area under the influence of alcohol.

In conclusion, it was established that the video in question is old and it has no connection with the recent opening of the liquor shops.