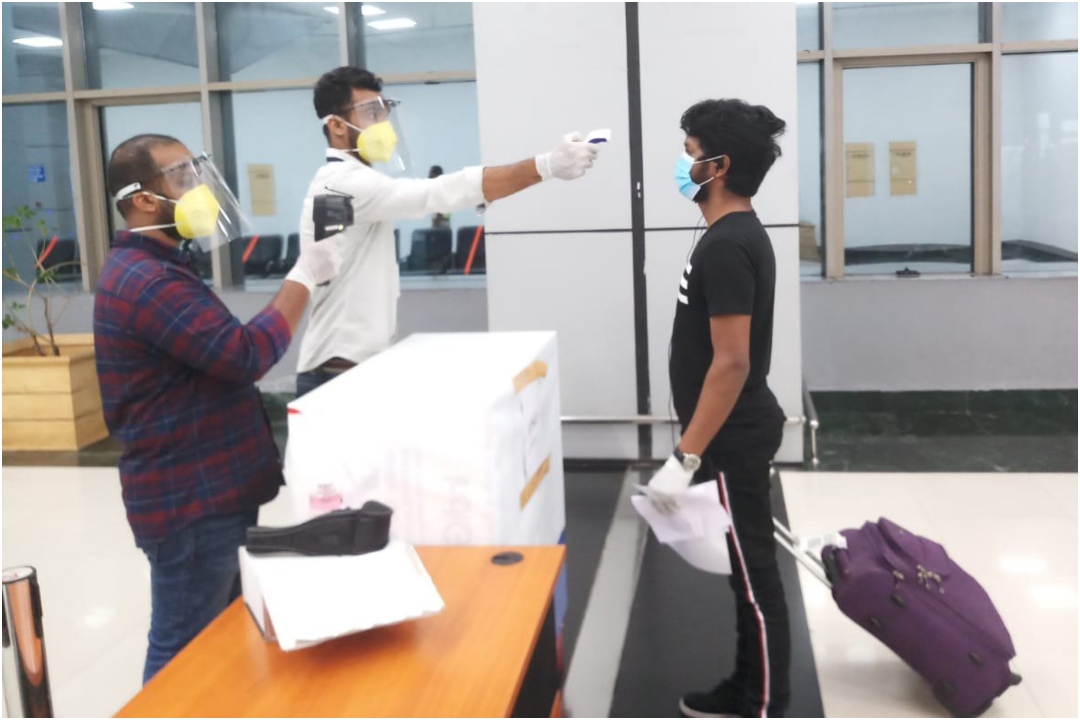 Launching its biggest ever repatriation exercise, India onThursday airlifted 363 of its citizens, including nine infants, stranded in the United Arab Emirates due to the international travel lockdown over the COVID-19 pandemic.

The massive repatriation exercise is named ‘Vande Bharat Mission.’ The evacuated citizens will be sent to the Institutional Quarantine facilities set up by the district administrations in their respective districts, Kerala government officials said

Pregnant women, people needing immediate treatment, those returning to attend ceremonies connected to death of a close relative, aged people needing continuous assistance and children under 10 years will be permitted to go to their houses, where they will be under strict home quarantine (self isolation) for 14 days, officials said.

All passengers were asked to download Arogya Setu app on their mobile devices and submit forms of undertaking, as directed by Government of India, on their arrival at the airport, they said.

Taxis were arranged for those who needed cars.

The pilots and cabin crew were in PPE (Personal Protective Equipment) suit on the flights which carried the evacuated citizens.

Two masks, sanitiser, snacks box with two cheese sandwiches and a fruit cake slice and water were provided to the passengers inside the aircraft.

Meanwhile, the state government partially modified its order on quarantine and stated that all incoming passengers who have not undergone testing at the point of departure, will be put in Institutional Quarantine (IQ) for 14 days by the district administration.

Those passengers tested and found COVID-19 negative will be put in IQ for seven days.

If they do not develop symptoms after seven days, they would be put in home quarantine for the next seven days, the order issued by Chief Secretary, Tom Jose said.

The Centre had insisted that all passengers coming to India should undergo 14 days Institutional Quarantine.

Athira Geetha Sreedharan,27, from Dubai, who is expecting her first baby in July this year and had filed a petition in the Supreme Court seeking help to return for her delivery, was among those who could board the Dubai-Kozhikode flight.

‘I am very happy that I have got ticket to travel in the first flight itself and I thank everyone,’ Athira, who stays in Dubai with her husband Nithin chandran, said.

India has been under lockdown since March 25 to curb the coronavirus pandemic.

All domestic and international commercial passenger flights have been suspended during the three phase lockdown which began on March 25 and will continue till May 17.

In a relief to Kerala no new positive cases were reported for the second consecutive day on Thursday, while 474 people have been cured and only 25 active cases remain in the southern state.

The state, which has done extremely well in containing the spread of the contagion, is hoping that there will not be any spike in numbers once the NRKs (non-resident Keralites)return from various countries.