After the Indian Army gunned down Riyaz Ahmed Naikoo, the most wanted terrorist in the valley, a few pictures started doing the rounds on social media claiming that Naikoo was a doctor. The posts can be seen here.

( Translation: Hizbul commander “Riyaz Naikoo” was a doctor. The one who was killed in the encounter today. His education has no connection with him being a terrorist.  No matter how much education you get, you will always be a demon, ignorant, and a traitor!)

First, we noticed that the picture being circulated is NOT of Riyaz Naikoo.

An article by Hindustan Times features an image of Naikoo, which is noticeably different from the one in question. 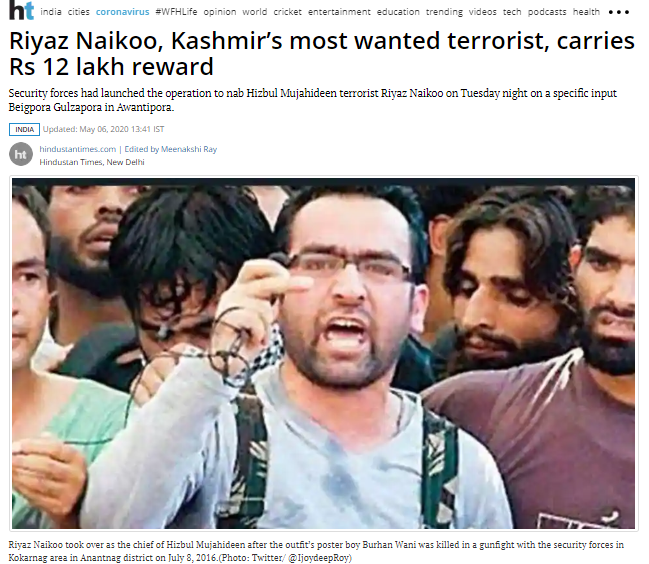 To identify the man in the viral post, we then put the image in the post through Reverse Image Search.

We found an article by Al Arabiya, dated 2014, stating that he is a Saudi doctor who joined ISIS. The report identified the man as Mustafa al-Anzi and also stated that he was reportedly killed on July 11, 2014, in an Iraqi military air-strike on an ISIS assembly in Mosul. 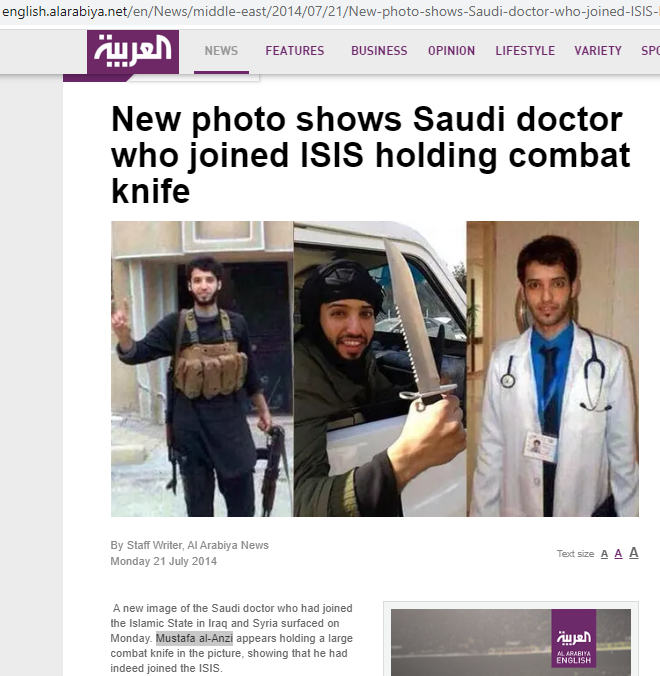 Second, we found that Riyaz Naikoo was not a doctor but a mathematics professor before he disappeared in 2012.

An article by Indian Express states: The son of a tailor of Beighpora village in Awantipora in south Kashmir, Naikoo acquired a degree in mathematics and taught the subject at a local school. Village residents remember him as a teacher popular among students.

Thus, from the above information, we can conclude that the post in circulation is false.