With the return of the classic TV show Ramayan on Doordarshan amid the nationwide lockdown, a video clip is doing the rounds on social media in which Prime Minister Narendra Modi can be seen watching one of the episodes of the iconic show, Ramayana, which was very popular in the 1980s. 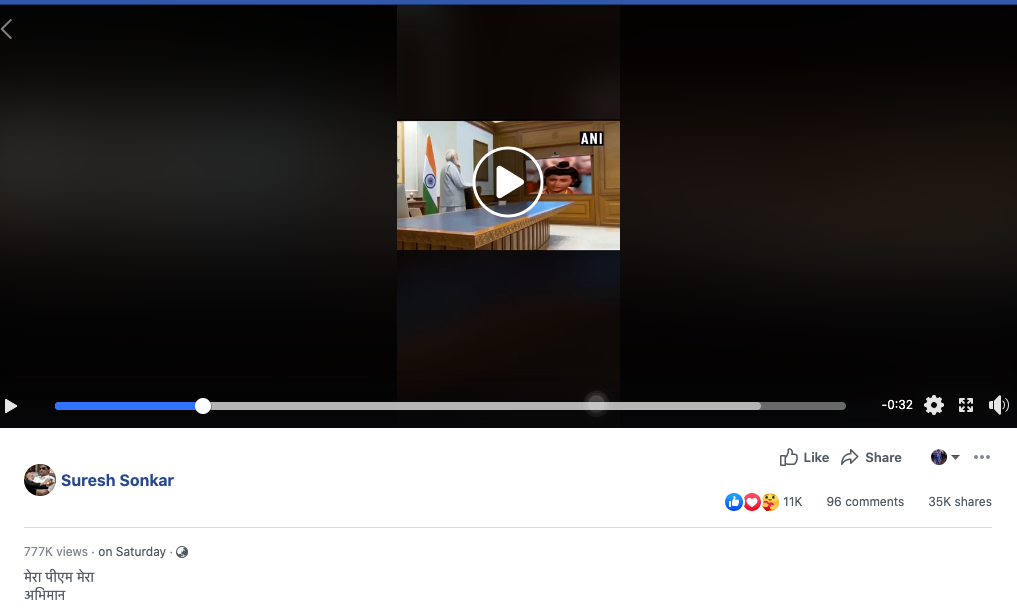 The caption of the video reads: “PM Modi gets Emotional after watching this last episode of Ramayan last night.” is this the exact line?

At the time of filing this report, the above video was shared by over 35,000 Facebook users.

Several other Facebook users posted the same video which can be seen here, here and here.

As we can see the logo of newswire ANI in the video, we scanned the verified twitter handle of ANI and found a tweet dated July 22, 2019. This had the original picture of PM Modi in which he can be seen watching the launch of India’s second moon mission Chandrayaan 2. 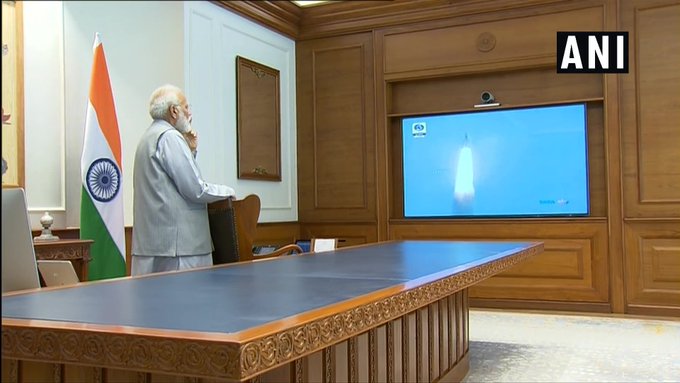 Prime Minister Narendra Modi: K Sivan ji (ISRO Chief) , congratulations to you and to the entire team of ISRO on the successful launch of #Chandrayaan2. This successful launch is a matter of pride for the countrymen. pic.twitter.com/53ERD8YUFl

On digging further we found the original video on the official YouTube channel of ANI dated July 22, 2019, which was doctored to create the above video.

When we juxtaposed all the elements, it became clear that the content on the TV screen in the video has been replaced by the video clip from Ramayan using video editing software.

Hence, this proves that the video in question is FAKE.