Home NM FACT CHECKER Don’t believe this video of a sadhu strangling a cop; here’s the... 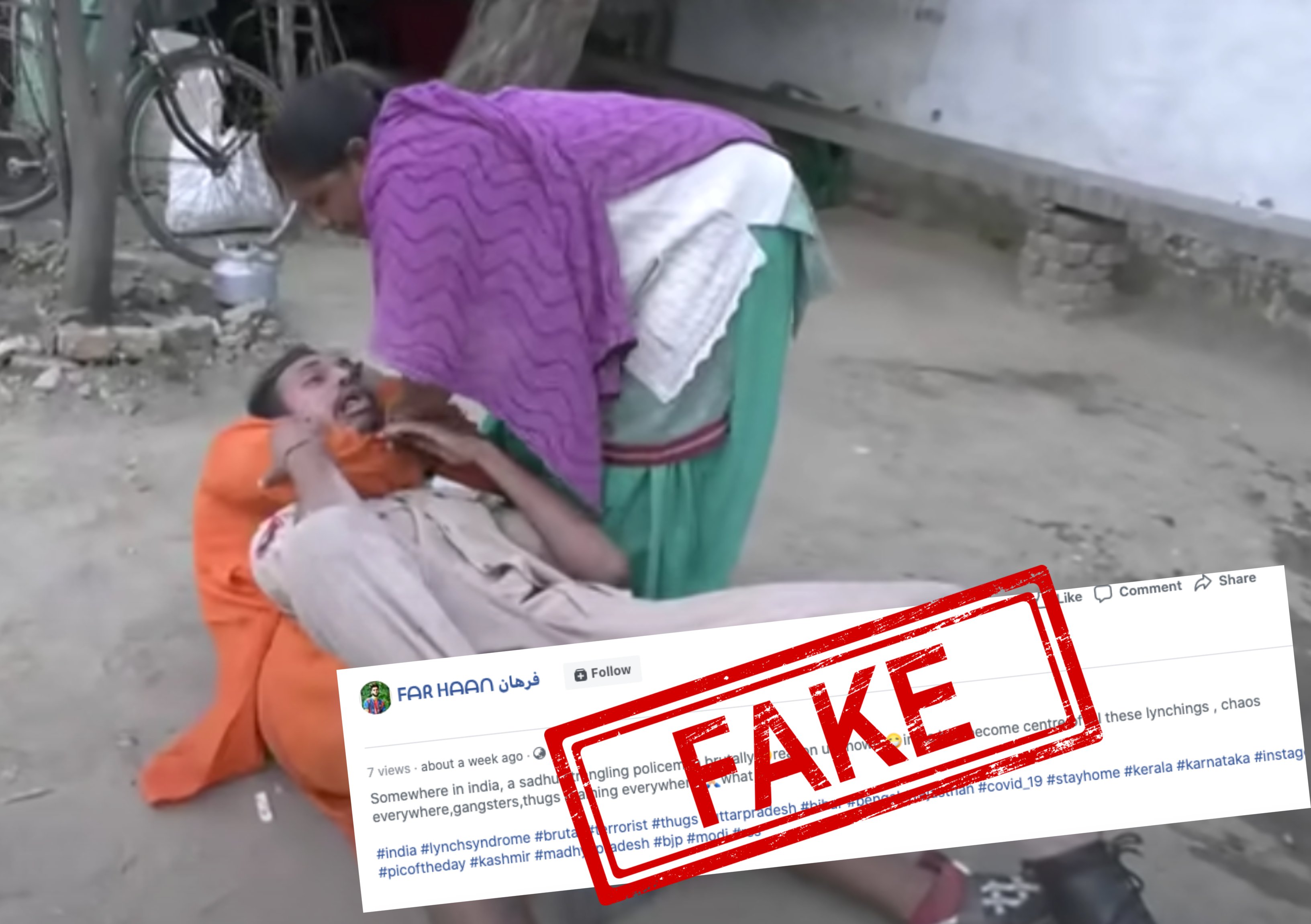 A video is being shared on social media in which a ‘sadhu’ can be seen strangling a cop, while a woman is trying to come in between.

The caption of the video read: “Somewhere in india, a sadhu strangling policeman brutally🤔reason unknown 😷india has become centre of all these lynchings , chaos everywhere,gangsters,thugs roaming everywhere 🙏🏻what else!”

We extracted keyframes of the video and put them through Reverse Image Search. Our investigation led us to the extended version of the video in question. The video was posted on a YouTube channel, CWE, on March 18, 2020. 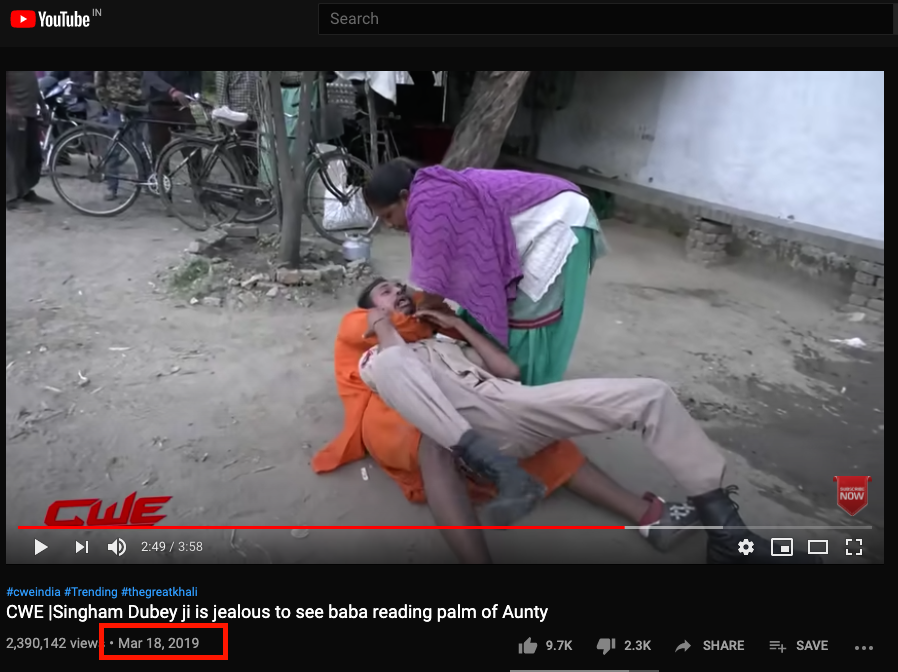 On digging further, it was established that CWE is Continental Wrestling Entertainment channel started by WWE wrestler, The Great Khali, and the video clip in question is not that of a real-life incident but is a part of a web series of CWE.

In conclusion, the information confirms that the video in question is trimmed out of a fictional piece of content. Hence, the claim attached to it is false.