Home Coronavirus COVID-19 | Will resume sporting activity in a phased manner while prioritising... 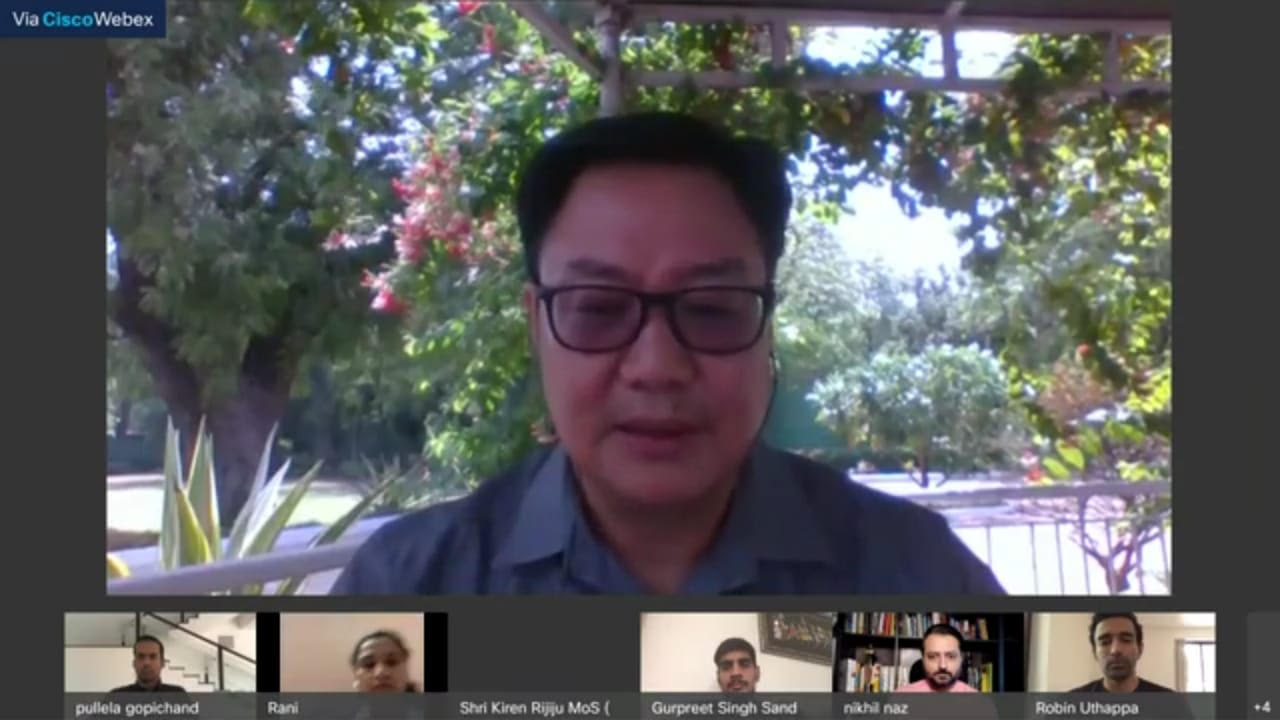 Minister of State for Youth Affairs and Sports Kiren Rijiju, on Sunday said that the government will allow sporting activity to resume in a phased manner starting with central training facilities being opened to elite athletes.

Addressing a webinar on ‘Corona and Sports: The Champions Speak’, organized by FICCI, Rijiju said, “We’re putting together a plan to allow elite athletes who had qualified for Tokyo 2020 (postponed to next year) and those who have qualification tournaments coming up to resume training at our facilities. The same should be in effect by the end of this month itself”.

However, he reiterated that there is still some time before LIVE sporting events can be organised.

Expressing his gratitude towards the sporting fraternity, Rijiju said, “By motivating the nation during this crisis, contributing to the PM CARES Fund and re-enforcing the Prime Minister’s message of social distancing, sportspersons and the sporting fraternity have played a pivotal role in fighting the pandemic.”

He stressed on the five important ‘mantras’ as described by PM Modi — ‘Sankalp, Sanyam, Sakaratmak, Sahyog and Samman’, which he believed sportspersons must continue to propogate in our bid to contain the pandemic and recover from its impact.

Taking a long term view of how the sports sector could bounce back in the post-COVID times, Rijiju spoke of the need for district and state level sporting tournaments which could be financed under the ‘Khelo India’ umbrella and could pave the path for future champions.

He also urged the private sector to come forward and partner with the government in projects that facilitate grassroots development. He mentioned that he was discussing with PSUs, the possibility of recruiting more sportspersons to safe-guard their economic well-being.

He also stressed the need to increase knowledge about sports in the country.

“We must keep in mind that it’s the spectators who generate money for sports and not the government. The government can play a facilitating role but eventually the health and growth of a sport rests on the popularity of the sport. Sports literacy must evolve in order to make India a sporting powerhouse”, he said.

Pulling the positive end of the lockdown, Pullela Gopichand, Chief National Coach, Indian Badminton Team said, “Cancellation of championship provides time to the players to practice and prepare. It’s also a time for players to recover from injuries. We must utilize this time and keep practicing to get back on field as and when the time comes. We must endeavour to not let this be a setback to any athlete but the onus is on the athlete.”

Indian Cricketer Robin Uthappa said “Lets perceive this situation as a pause and take it positively as a welcome break. We must use this time to improve ourselves in every way”.

He expressed concern about cricketers, whose livelihood and economic well-being is directly linked to domestic cricket and the need to take care of them

Captain of the Indian Women’s Hockey Team Rani Rampal expressed how the period is helping the team keep ‘mentally and physically active’.

“Our team has started few online challenges to raise awareness and funds for the under privileged. We are all staying away from home in the national camps hence these challenges also keep us mentally and physically active”, she said.

Indian Footballer Gurpreet Singh Sandhu said, “The government is taking steps in the right directions. Even in countries like Spain and Germany they are planning to start the league by June, so keeping the safety of players in mind, the decisions of the government are welcome.”

Sanjog Gupta, Chairman, FICCI Sports & Youth Affairs Committee, said that sports are important for the individual, the society and the nation playing an important role in teaching us resilience, strengthening the sense of togetherness and lifting spirits by inspiring hope.

“As we strive to save lives and restore livelihoods, we must keep in mind the healing power of sport for society and its role in our emotional and psychological well-being”, he said.

The webinar was attended by Dilip Chenoy, Secretary General, FICCI along with other athletes, industry players and dignitaries of the sports fraternity.