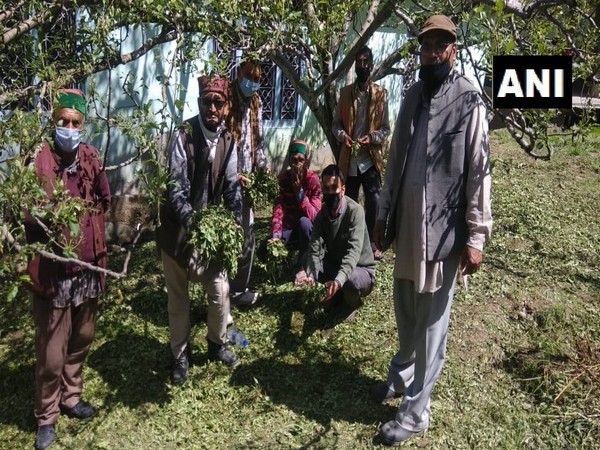 Shimla (Himachal Pradesh) [India], May 2 (ANI): A severe hailstorm accompanied by rain, hit Shimla last night, damaging apple plantations in the Nankhari area of the district.
Along with apple crop vegetable crops, including peas and cauliflower, were also destroyed, said a villager.
“The hailstorm took place in the night and destroyed apple crop. The intensity was so high that even the leaves of the trees were damaged. Crop other than apple, such as peas, cauliflower, almond and many others are also damaged,” the local told ANI.
“People would earn for the whole year with this crop but now everything is damaged,” he added.
Seeking help from government, Khadaun Panchayat member Dilip Singh said that every crop is destroyed and they did not have any other avenue to earn money.
“The hailstorm has destroyed the crops and now the government should help us as we don’t have any other option to earn our living,” Singh said. (ANI)