Amid speculation about North Korean leader, Kim Jong Un’s death, a video is being widely shared on social media, which captures images of a deceased in a coffin. It is being claimed that this is North Korean dictator Kim Jong Un, who has died.

The video is widely being shared on WhatsApp. 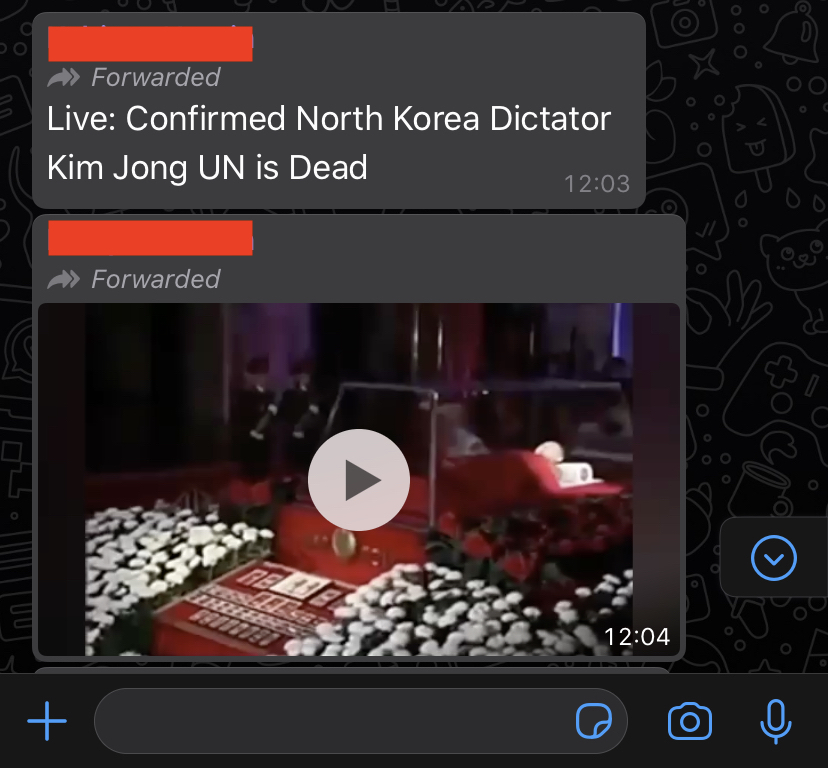 We closely observed the video and noticed that the face (of the body in the coffin) is different from that of Kim Jong Un’s. 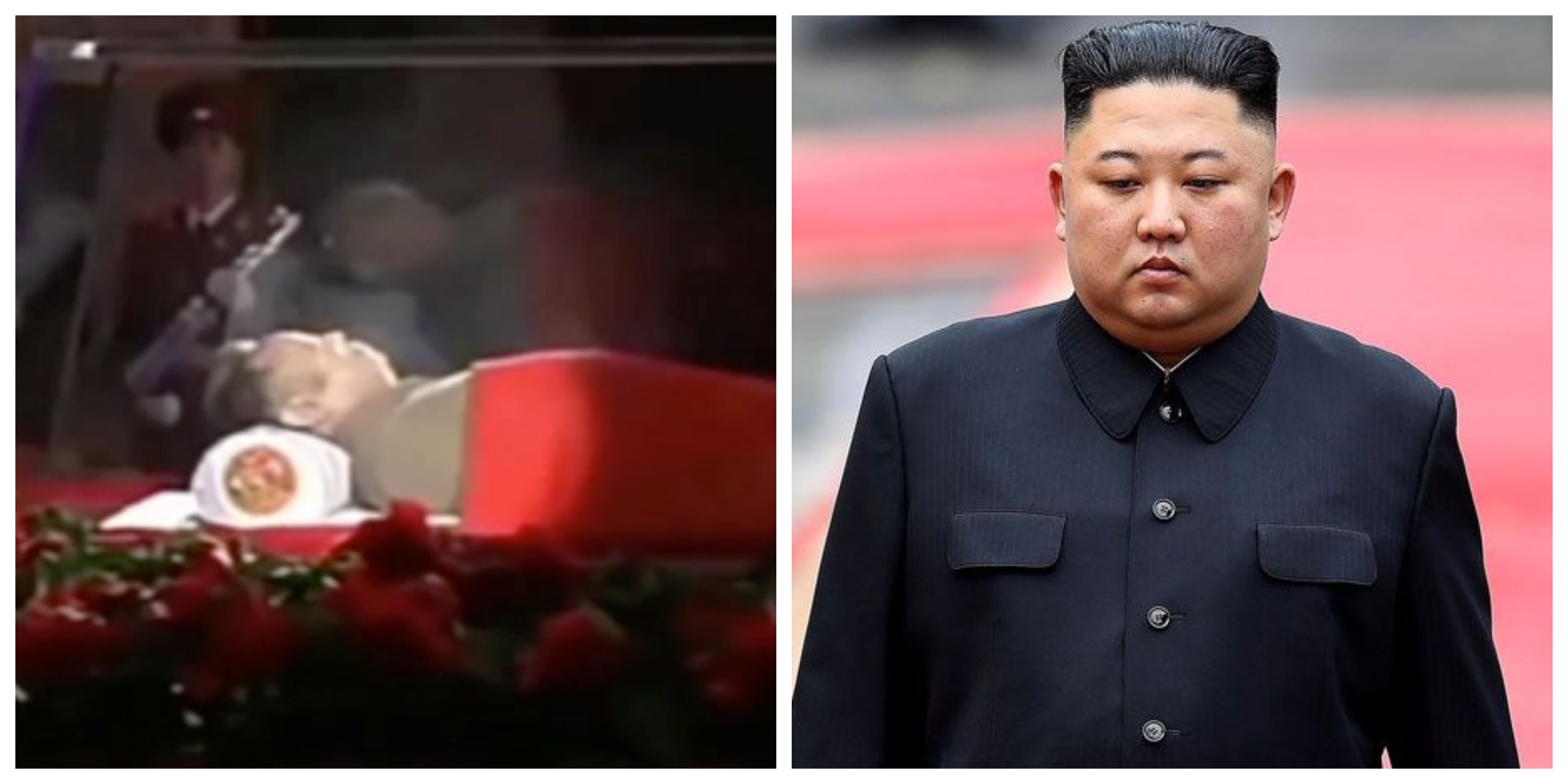 We then extracted the keyframes of the video and put them through Reverse Image Search, along with some keywords.

On further investigation, we found a news bulletin by ABC News on their official YouTube channel dated December 20, 2011, which featured the same video. 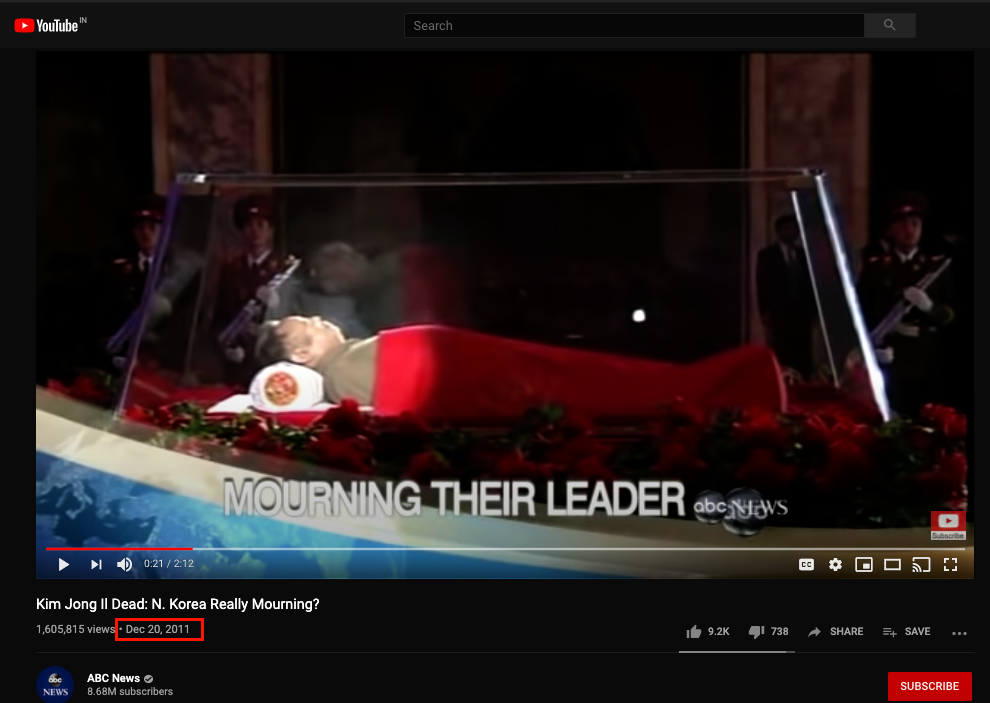 According to the report, the video is from the mourning of former Noth Korean leader Kim Jong-il who died on December 17, 2011.

In conclusion, the above information establishes the fact that the video in question is NOT of Kim Jong-un’s funeral. The video is actually of his father, Kim Jong-il’s mourning after he passed away.