Following the demise of veteran Bollywood actor Rishi Kapoor on Thursday (April 30, 2020), a video is being widely shared on social media in which a man is singing a song as Rishi Kapoor listens on lying on a hospital bed.

It is being claimed that the viral video was shot on the night before Rishi Kapoor’s death after he was admitted to Sir HN Reliance Foundation Hospital in Mumbai on April 29, 2020. 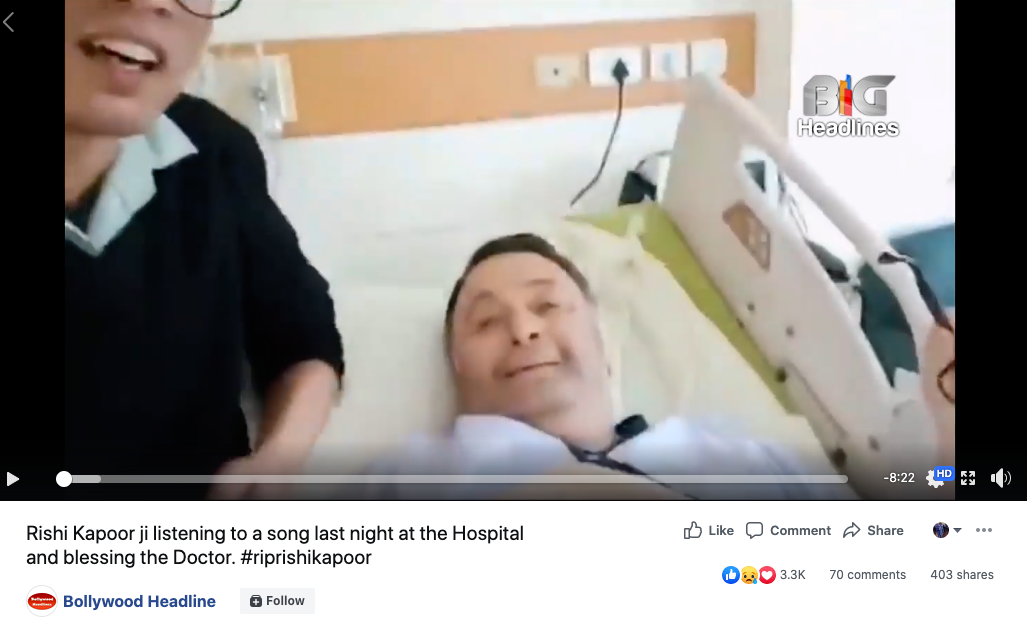 Rishi Kapoor ji listening to a song last night at the Hospital and blessing the Doctor. . . #rishikapoor #riprishikapoor

The video is being shared widely on all social media platforms as well as on WhatsApp. 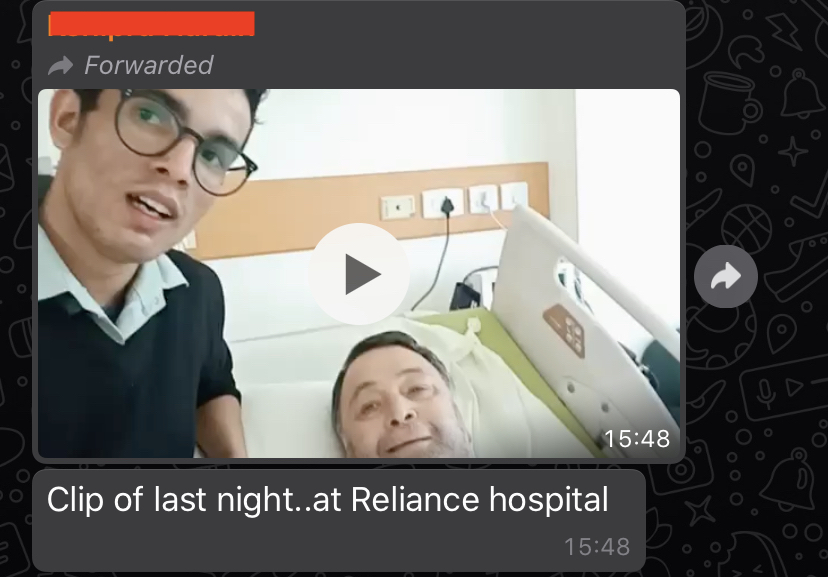 NewsMobile fact-checked the above video and found that the claim attached to the video is false as the video is old.

We extracted keyframes of the video and on putting them through Reverse Image Search we found the same video on YouTube which was uploaded on February 28, 2020. 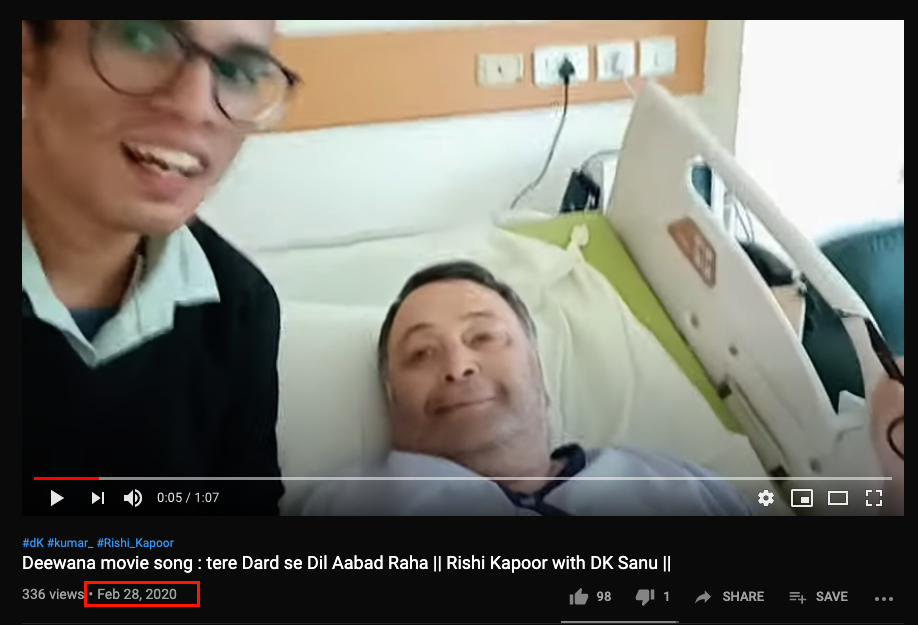 In conclusion, it is clear that the video in question is old. While NewsMobile cannot independently verify the origin of the video, but it is certain that the video was NOT shot the night before Rishi Kapoor’s death.