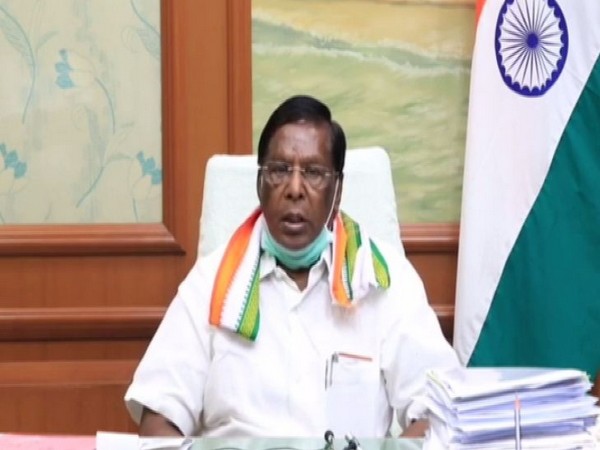 Puducherry [India], April 30 (ANI): Puducherry Chief Minister Velu Narayanasamy on Wednesday said that it would not be possible to implement the entire curfew in Puducherry and the government is ready to gradually lift the restrictions.
The Chief Minister chaired the cabinet meeting here on Wednesday.
In the telephonic conversation, Union Finance Minister Jeetendra Singh discussed with chief minister Narayanasamy about the state’s position and the relaxation of the restrictions after May 3.
The Chief Minister said that “The implementation of the entire curfew is not possible and the government is ready to gradually loosen the curfew. The government’s position will be announced after the cabinet meeting.”
During the meeting, CM informed that in Puducherry, only three people are currently being treated for coronavirus, and 49 people were tested yesterday (Tuesday) and no positive results were found.
“Since the central government has given permission that people of Puducherry stranded elsewhere can return, the Puducherry government will make travel arrangements for them, so that they can travel on their own,” he said.
The Chief Minister has also decided to provide 10 kg of rice for three months to the people above the poverty line excluding the income taxpayers and civil servants.
CM Narayanasamy on Monday said that most of the Chief Ministers want lockdown to continue while few of them called for some relaxation for economic activities during a video conference with Prime Minister Narendra Modi. (ANI)