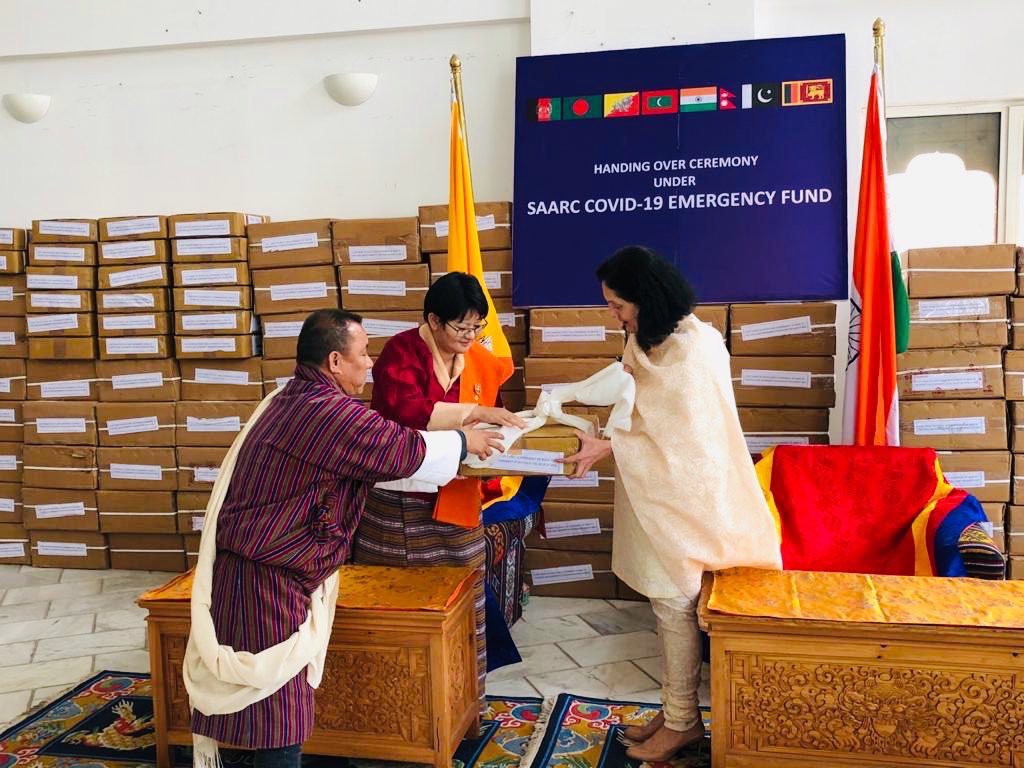 India has been at the forefront of providing aid and support to neighbouring countries in the fight against Covid-19.

Here are the top developments from Indias’ neighbourhood,

1. India has delivered about 1 Lakh Hydroxychloroquine tablets and 50,000 surgical gloves to Bangladesh, a statement issued by the Indian High Commission in Dhaka said. This has been done as part of the assistance offered by the government after the March 15 conference call Prime Minister Narendra Modi had with all the SAARC Heads of Nations.

2. The pressure of lockdown is being felt in Bangladesh. On Tuesday, lakhs of garment factory workers lined up outside their places of work and factories reopened in complete defiance of the lockdown measures imposed by the government. Bangladesh has over 5500 cases and 145 deaths till date.

3. Nepal has decided to extend its ban on flight operations till May 15 as the number of cases increases in the Himalayan kingdom. This will include both domestic and international flights.

4. In an alarming situation in Sri Lanka, over 4,000 Naval personnel and their family members are being quarantined after over 60 Naval personnel tested positive at the Welisara Naval camp.

5. With close to 500 positive cases, the Sri Lankan government which was expected to lift the state of lockdown has now decided to extend it to May 4.

6. The situation in Pakistan is particularly worrisome as the nation has reported over 14,800 cases and over 320 deaths. The religious right has refused to support the government’s decision to enforce a lockdown. However, the nation’s unabated ceasefire violations against India continue.

7. The Governor of Sindh in Pakistan, Imran Ismail has tested positive for the virus. He is considered to be a close aid of Prime Minister Imran Khan.

8. Even as Maldives has reported a total number of 250 positive cases, India has extended currency swap support of USD 150 Million to the island nation.