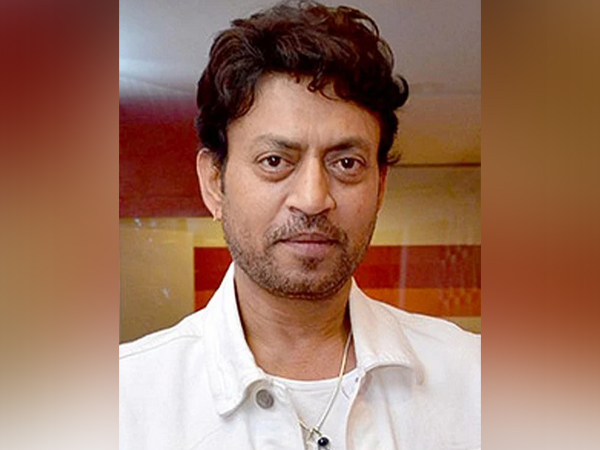 New Delhi [India], April 29 (ANI): Calling Irrfan Khan “a beloved international face of Indian cinema”, French ambassador to India, Emmanuel Lenain, mourned the untimely demise of the acclaimed Bollywood star, who breathed his last on Wednesday morning in Mumbai.
“Deeply saddened at untimely demise of actor par excellence #IrrfanKhan
A beloved international face of Indian cinema, the acclaimed actor stood out in every role he essayed, incl. the memorable ‘Lunchbox’, the first official co-production between India and France shown at Cannes,” the French envoy tweeted.
Khan, 53, who passed away at Mumbai’s Kokilaben Hospital a few hours ago while battling a rare cancer was laid to rest later in the day. He was admitted to the hospital on Tuesday for a colon infection. He was diagnosed with neuroendocrine tumour in 2018.
“Surrounded by his love, his family for whom he most cared about, he left for heavenly abode, leaving behind truly a legacy of his own. We all pray and hope that he is at peace. And to resonate and part with his words he had said, “As if I was tasting life for the first time, the magical side of it,” an official statement from the actor’s representative read.
“I trust, I have surrendered”; These were the some of the many words that Irrfan expressed in a heartfelt note he wrote in 2018 opening up about his fight with cancer,” the statement read.
The actor was last seen on screen in ‘Angrezi Medium’. However, he was not a part of the film’s promotions owing to his illness.
He was regarded as a fine actor by fans and critics alike having given critically acclaimed films like ‘The Lunchbox’ and ‘Paan Singh Tomar’. (ANI)