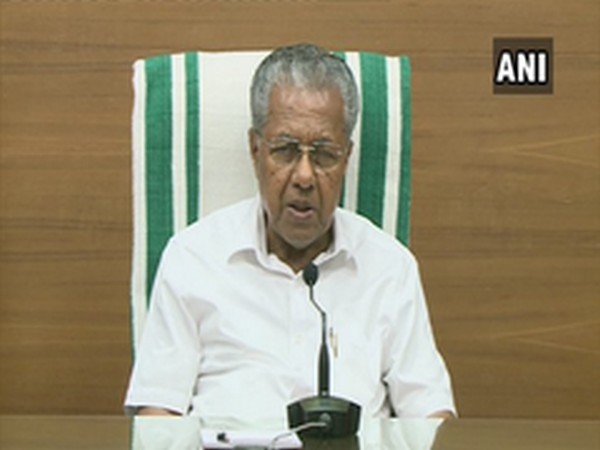 Thiruvananthapuram (Kerala) [India], April 28 (ANI): Kerala government on Tuesday sanctioned several relief measures considering the “tough economic situation” faced by the IT/ITeS companies, incubators or establishments operating from the buildings owned by government IT Parks.
In a Facebook post, Kerala Chief Minister Pinarayi Vijayan informed that rent is waived for three months starting from April to June for all IT/ITeS companies who have taken up to 10,000 square feet of IT space on rental.
Also, rent is waived for the similar three months period for the incubation centres operating irrespective of the area occupied at the IT Parks.
Some of the other measures are as mentioned below:
IT/ITeS companies who have taken more than 10,000 sq ft of IT space are offered a moratorium on rent for three months (rent for April, May and June will be paid by July, August and September respectively without penalty/surcharge).
For all non-IT shops/establishments such as restaurants etc functioning within government IT Parks who operate out of government buildings, rent is waived for three months.
Annual rent escalation of 5 per cent in IT/non-IT office space/shops/establishments in government-owned buildings within IT parks will not be implemented during the financial year 2020-21.
Surcharge on the rental is waived across all categories for six months from April to September 2020.
As a special scheme, IT/ ITeS companies who start operation on or before March 31, 2021, at any of the government IT Parks may avail rent waiver for the first three months on operation commencement.
As the power consumption will be reduced to a considerable low due to the non-functioning of the companies in IT Parks during the lockdown period the benefit of reduction in electricity bill will be extended to the end-user. The chief executive officer of IT Parks is entrusted to look into the matter of subsidising the electricity tariff, Vijayan said.
Moreover, the requests of tenants/clients who have taken land on long term lease from the IT Parks to be given up to six months of additional time for commencement or completion of buildings, over and above the deadline as per agreement and concessions on penalty in this regard, will be evaluated and recommended by an expert committee. (ANI)