Home NM FACT CHECKER Fact Check: Old video of hailstorm re-shared with claim of it being... 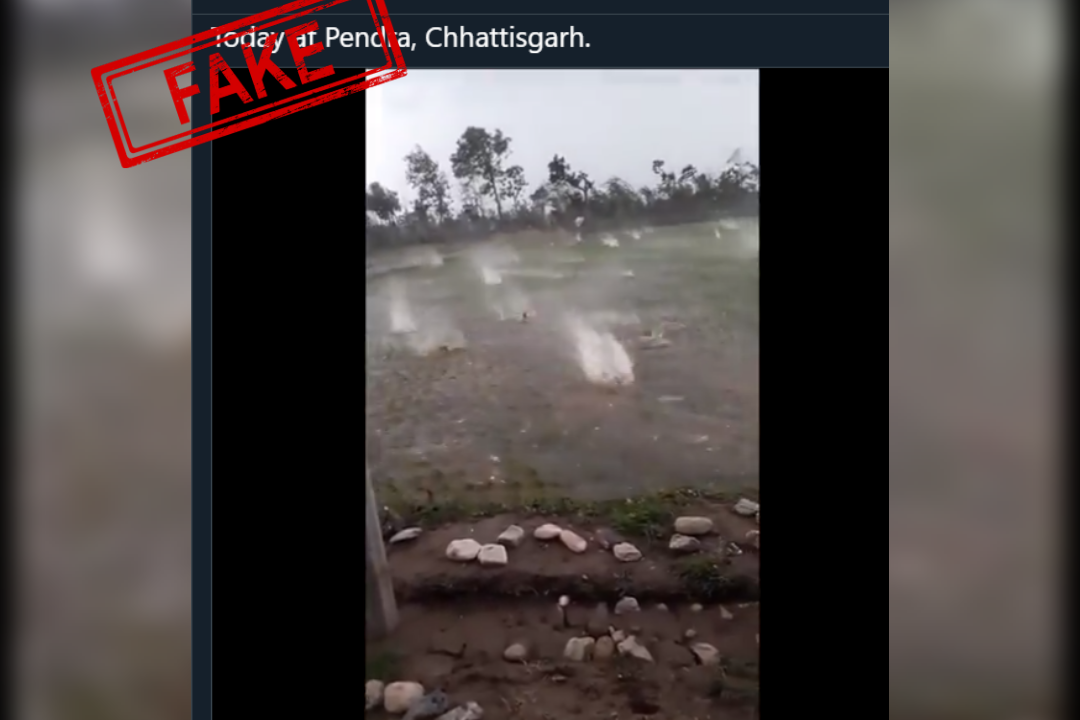 As heavy rainfall drenched parts of North India on April 26, social media got flooded with pictures of heavy rains and hailstorm. Along with other posts, a video started surfacing on the internet showing hailstorm in a field filled with water.

The caption of the video read: “ Today at Pendra Chhattisgarh #hailstorm #rainfall ”

When the team at NewsMobile did a fact check, we found that the claim attached with the video is fake.

When we extracted the keyframes of the video through InVid and put them through Reverse Image Search, we found that the same video was circulated on April 24, with a claim that the hailstorm was observed in Cao Bang, Vietnam.

NewsMobile independently couldn’t verify the origin of the video as the video was in circulation before the heavy rainfall.

Hence, it is clear that the claim attached to the picture is false and it is not from Chhattisgarh.