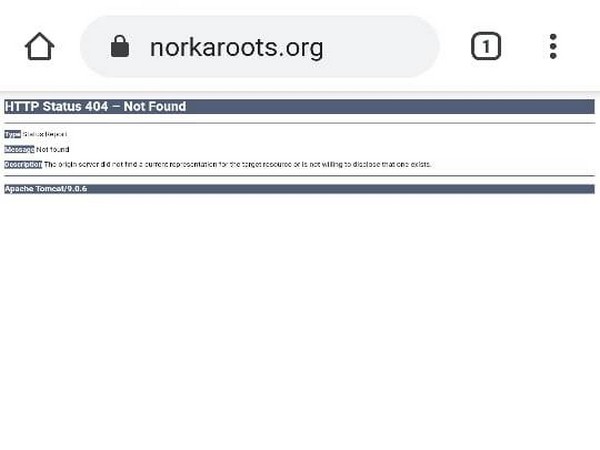 Thiruvananthapuram (Kerala) [India], April 27 (ANI): Just 24 hours after Kerala Chief Minister Pinarayi Vijayan announced the opening of a website for online registration of Non-Resident Keralites (NRK), who wish to return from abroad, the site crashed due to high traffic of registrations.
Registration has already crossed over one lakh on the website, www.norkaroots.org, of the state-run Norka-Roots.
“The site may be down as many Keralites from across the world are trying to register online to return back. Registration has crossed more than one lakh and official figures will be given by Kerala Chief Minister at his press conference,” said a Norka Roots official.
The site is now restored and back online.
Kerala has a high number of expatriates working around the world with the highest in the Middle East. It is expected that as many as 2.5 lakh to 5 lakh NRKs may return to Kerala, amid COVID-19 outbreak across the world.
Kerala Chief Minister Pinarayi Vijayan had earlier told ANI that the state is fully prepared to receive its NRK population. He said that understanding the sentiments of the migrant population of Kerala he has requested Prime Minister Narendra Modi to ensure their safe passage to Kerala.
“It is quite natural for our brothers and sisters to want to return home, during these difficult times. We understand their sentiments, which is why I have repeatedly requested the Prime Minister to ensure their safe passage to Kerala. Whatever is required to accommodate their needs are being arranged for, buildings have been identified, sanitized and prepared to serve as isolation wards,” he said.
The Chief Minister had that state government has made all arrangements, including COVID-19 hospitals in all districts and 2,50,000 additional beds, to meet any needs which could arise when the ex-pat population returns to Kerala. (ANI)