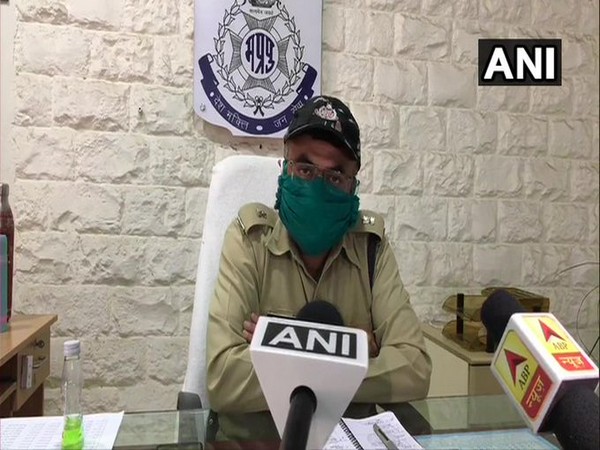 Indore (Madhya Pradesh) [India], April 26 (ANI): After a man was made to do sit-ups on road here for flouting the lockdown guidelines, Indore Assistant Superintendent of Police (ASP) on Sunday said that he was punished for not wearing a proper mask.
“Those who were out unnecessarily were being stopped. Action has been taken as a proper mask was not being used by him. Mixed-forces are deployed at checkpoints – personnel from the police, security committees and among others,” said the ASP.
The man identified as Sanskar Daryani was flagged down by security committee personnel while he was driving his luxury car amid the lockdown.

The video of him performing squats while holding his ears has gone viral on the internet.

Indore Police have found a variety of ways to publicly punish the people flouting coronavirus lockdown norms — making them do squats, sit-ups and push-ups on the street.
Speaking to ANI about the incident, Sanskar alleged that he was verbally abused by the police even after showing to them a travel pass.
“I was returning home from the company when I was stopped. I showed them my pass but they verbally abused me and asked me to do sit-ups. I tried to talk to them but they did not listen. I then followed their orders. They filmed it, cracked jokes and then asked me to leave,” he said.
“I am saddened by the behaviour of the police. I hope this kind of treatment is not meted out to anyone else in Indore,” he said.
Earlier in the day, the father of the man, Deepak Daryani defended his son, stating the police should have followed due process of law rather than filming his video.
“We have been distributing food packets to the poor and in the police stations. We have also donated our personal ambulance to the government for social service. The police personnel were hurling abuses at my son,” he said.
“Not once were did they listen to what he was trying to say. If there was a problem, they should have taken him to the police station, followed due process of law. You are making him do sit-ups insulting him in front of the media,” he said. (ANI)