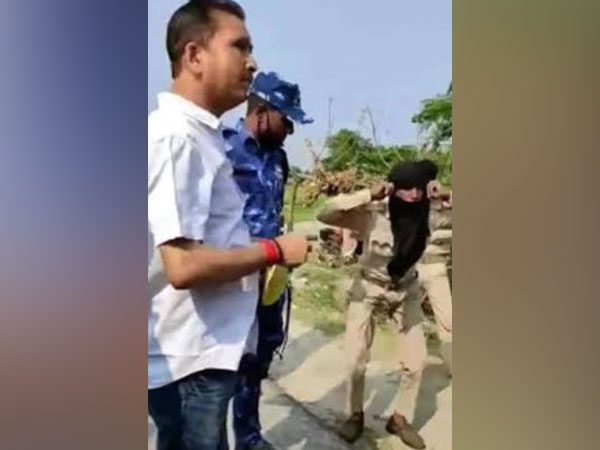 Araria (Bihar) [India], April 26 (ANI): Araria District Agricultural officer Manoj Kumar who is facing charges of misbehaving with a security guard has been transferred as Deputy Director of Agriculture Department.
In a recent video, the District Agricultural Officer and a block agricultural coordinator were seen forcing the security guard to do sit-ups. The two government officials were booked under IPC Section 353, 355, 500 and 506 and Under Section 51 of the Disaster Management Act.
Jitendra Kumar, Additional Director General of Police, Bihar, had said that both have been booked for such behaviour. A police officer was also suspended for being a mute spectator of the incident. (ANI)