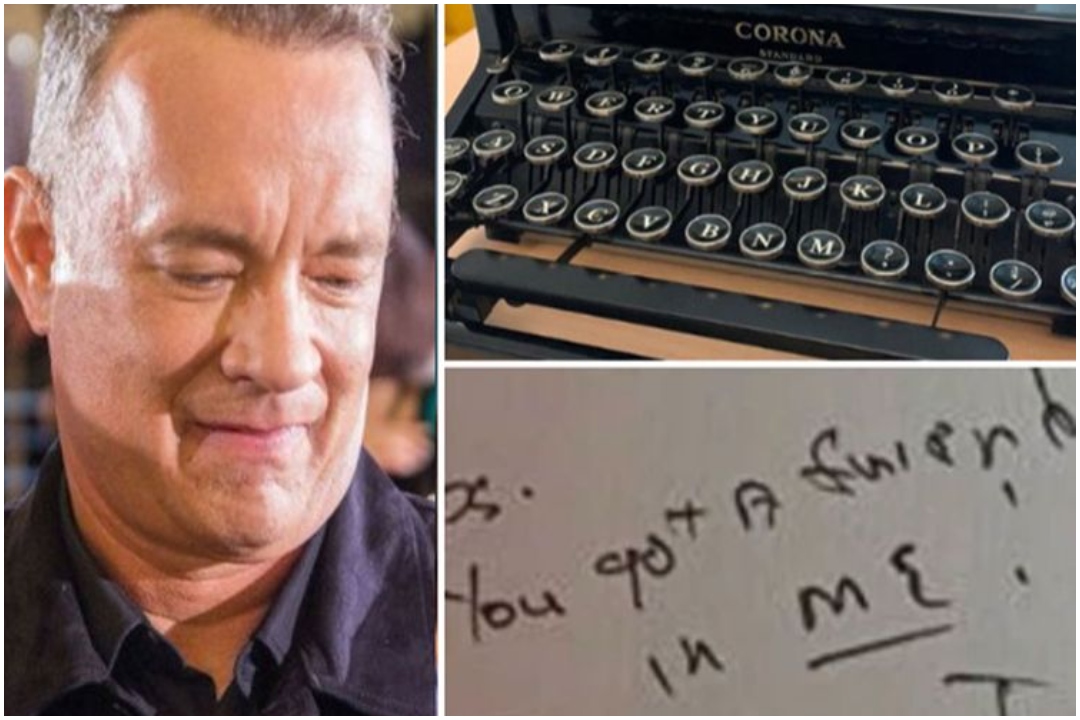 Tom Hanks has sent a letter and a Corona brand typewriter to an Australian boy who wrote to him about being bullied over his name, Corona, Australian television networks reported.

Corona De Vries, an eight-year-old from the Gold Coast in Queensland state wrote to the Hollywood star after he and his wife, Rita, had spent more than two weeks in quarantine after testing positive for COVID-19 in the Australian beach resort.

Hey folks. Good News: One week after testing Positive, in self-isolation, the symptoms are much the same. No fever but the blahs. Folding the laundry and doing the dishes leads to a nap on the couch. Bad news: My wife @ritawilson has won 6 straight hands of Gin Rummy and leads by 201 points. But I have learned not to spread my Vegemite so thick. I travelled here with a typewriter, one I used to love. We are all in this together. Flatten the curve. Hanx

Hanks and Wilson – who were diagnosed with the virus while filming Baz Luhrmann’s upcoming Elvis Presley biopic in Australia – penned a touching letter back. “Your letter made my wife and I feel so wonderful,” it begins.

.@tomhanks has written a heart-felt letter to a young Helensvale boy named Corona. The 8-year-old was being bullied at school and decided to write to the Hollywood superstar and his wife @RitaWilson, after they were diagnosed with Coronavirus. https://t.co/6l2nzFJNn5 #7NEWS pic.twitter.com/H02WF2dRCx

“Thank you for being such a good friend. Friends make their friends feel good when they are down.” (They sure do, Hanks.) “I saw you on TV, even though I was back in the USA already – and all healthy,” he continued. “Even though I was no longer sick, getting your letter made me feel even better.”

ALSO READ: Mark Your Calendar: ‘Friends’ sitcom returns to streaming on May 27

Then Hanks gifted him with one of his prized possessions: his Corona typewriter. “I thought this typewriter would suit you,” he wrote. “I had taken it to the Gold Coast, and now, it is back – with you. Ask a grown up how it works. And use it to write me back.” The award-winning actor then signed off his letter with a reference to the Toy Story theme tune: “You’ve got a friend in me!” In these tough times, we feel as though we’ve all got a friend in Hanks.