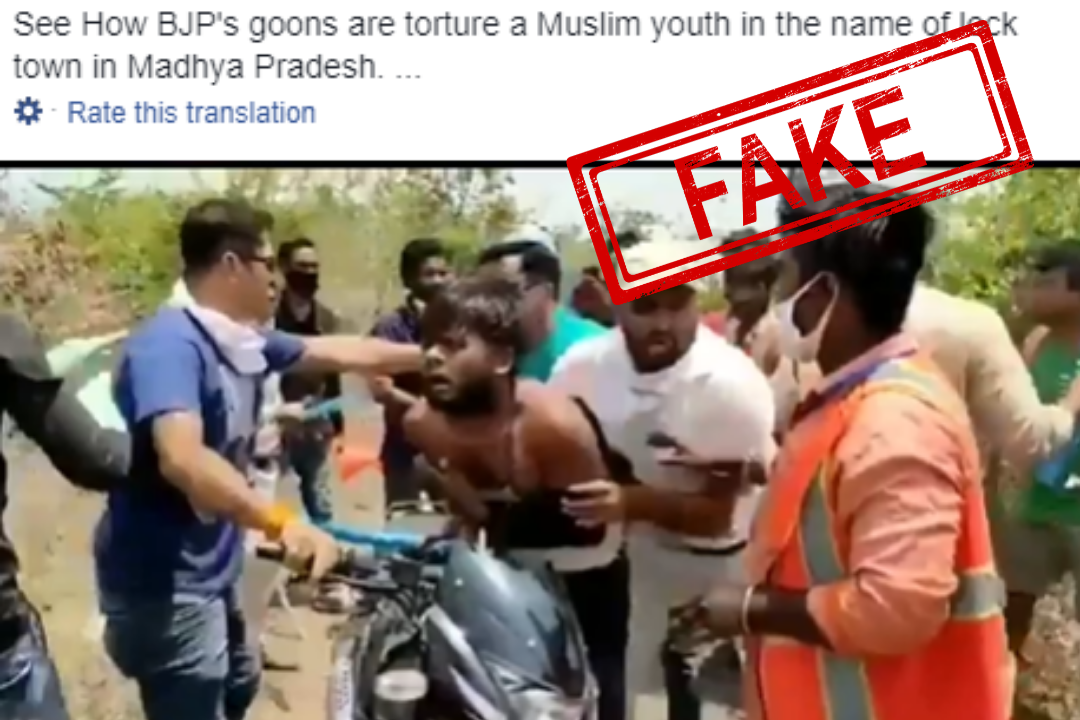 A video is being shared on social media in which a mob can be seen beating up some men. It has been claimed that some men associated with the Bharatiya Janata Party (BJP) were torturing Muslim youth in Madhya Pradesh during the ongoing nationwide lockdown due to Coronavirus.

The caption of the video translated from Bangla read: “See How BJP’s goons are torture a Muslim youth in the name of lockdown in Madhya Pradesh. …”

When we extracted the keyframes of the video through InVid and put them through Reverse Image Search, we came across a report by NDTV dated April 18, 2020, which had featured the same video.

According to the report, a group of sanitation workers in Madhya Pradesh were attacked by a mob of locals in Dewas district on April 17, when they went to a neighbourhood to clean the streets. That report did not mention anything about the accused having ties with BJP. 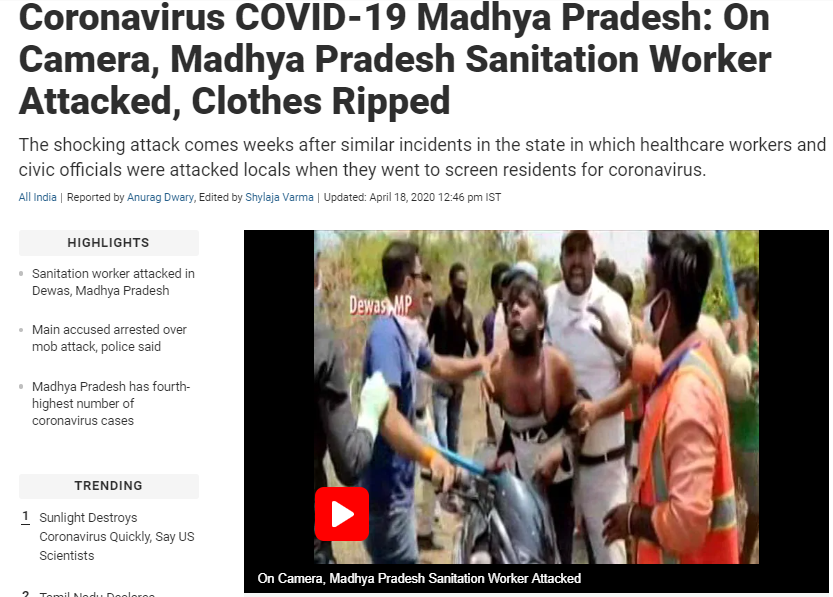 Hence, it is clear that an attempt has been made to associate BJP supporters with this video to give it political undertones.