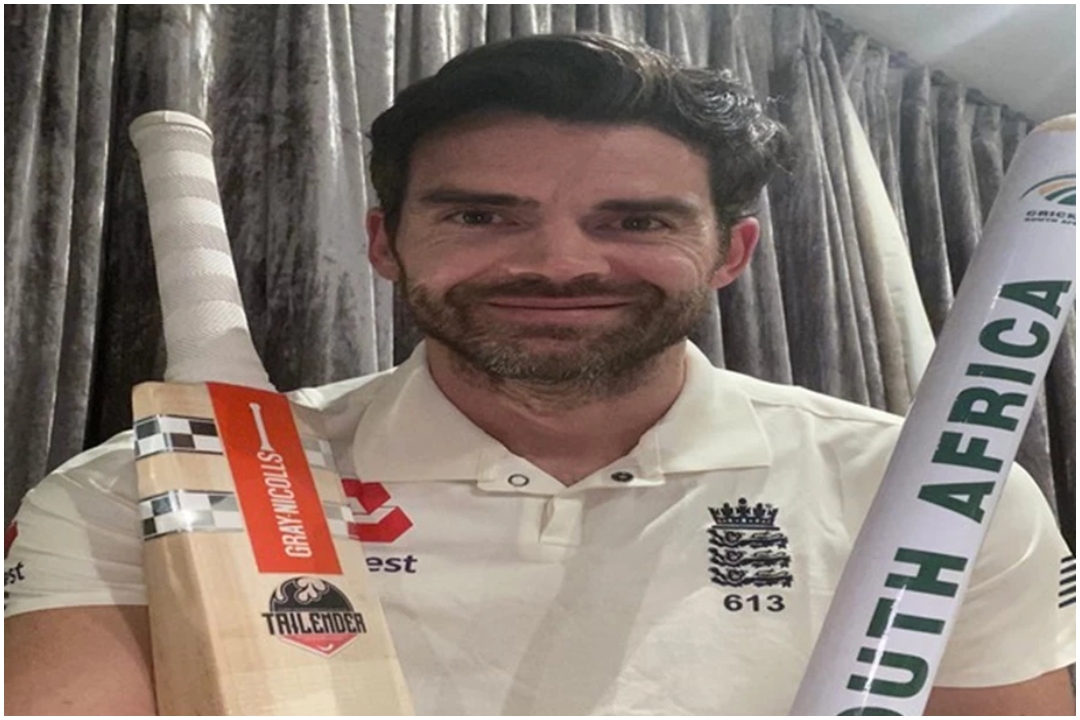 England pacer James Anderson has announced that he will auction his signed Test shirt and a cricket bat, which he used in the last game to raise funds for the coronavirus relief. The 37-year-old played his last Test against South Africa in Cape Town in January this year. In the game, Anderson bagged seven wickets in the match, which England won by 189 runs.

All the proceedings will go to the ‘Go Well Fund.’ According to the Twitter bio, its aim is to improve the lives of people who could do with some help. The organisation is currently helping those affected by the COVID-19 pandemic. Taking to Twitter, the speedster wrote: “We’re auctioning this lot off on eBay for @gowellfund. My shirt and stump from the last test I played in Cape Town and my Tailender bat.”

We’re auctioning this lot off on eBay for @gowellfund. My shirt and stump from the last test I played in Cape Town and my Tailender bat 👍👇https://t.co/DcAdsYcQmJ pic.twitter.com/U5gfHTeIjE

“Forgot to add that I will sign all of the items!!” he added. Anderson is just 16 wickets short of becoming the fourth bowler in the history of the game to scalp 600 Test wickets. He has played 151 Tests and bagged 584 wickets at an average of 26.83.

ALSO READ: Not leaving RCB till the time I am playing IPL: Kohli

On Friday, former South Africa batsman AB de Villiers revealed that he would be auctioning his and Virat Kohli’s kits from the 2016 Indian Premier League (IPL) match against Gujarat Lions for raising funds to aid the battle against the coronavirus. De Villiers revealed this while having an Instagram Live session with India skipper Virat Kohli. Both players have decided to auction their RCB kits from the 2016 Green Day match against Gujarat Lions. In that game, both batsmen went on to score centuries to take their side over the line.

As per the data cited by US-based Johns Hopkins University, more than 1,95,000 people have died due to the pandemic, with 2.7 million infected globally, out of whom 7,81,000 have recovered