A screenshot of a tweet attributed to Nita Ambani is being shared on social media. The tweet raises the question as to why Rahul Gandhi has not said anything against Maulana Saad till now.

Muhammad Saad Kandhalvi or Maulana Saad is the chief of the Tablighi Jamaat Markaz in Delhi’s Nizamuddin. Tablighi Jamaat made headlines recently after a religious congregation it conducted in Nizamuddin turned out to be a hotspot for Covid-19. 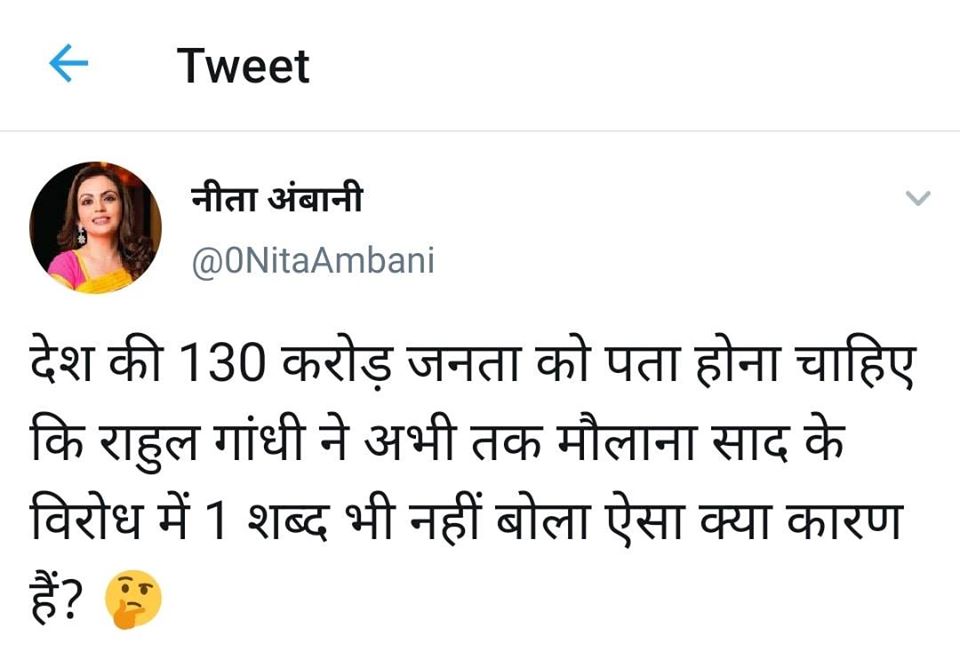 (Translation: 130 crore people of the country should know that Rahul Gandhi has not spoken even a single word against Maulana Saad. What could be the reason behind it?)

We checked the Twitter handle mentioned in the screenshot and found that it is of a fan page. 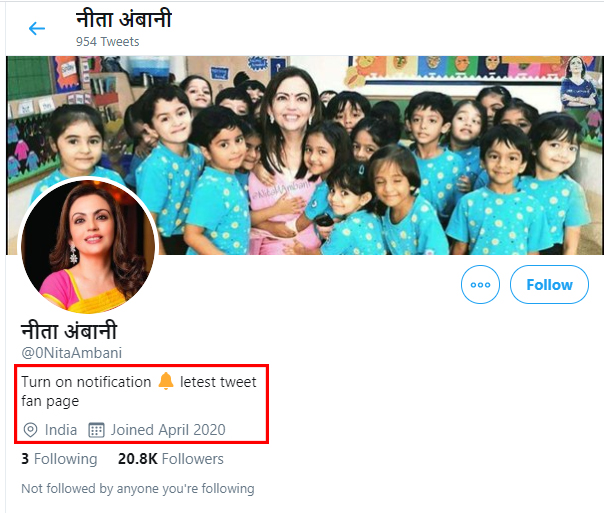 We also noticed that the account was created in April 2020 itslef.

In the past, too, NewsMobile has debunked several tweets attributed to Nita Ambani.

In conclusion, it is clear that viral tweet has falsely been attributed to Nita Ambani.