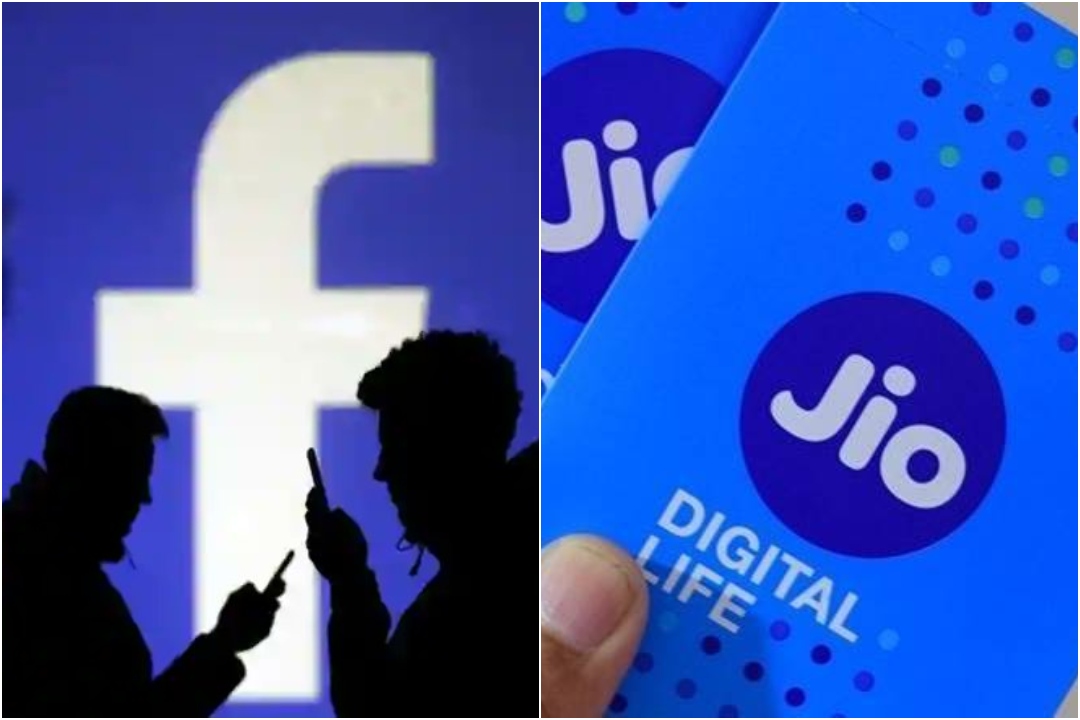 In the midst of COVID-19 there is some reason to cheer on the FDI front, Facebook has announced that it will acquire 9.99% stakes in Reliance’s Jio Platform Limited, making it the largest minority shareholder of the company.

The deal for USD 5.7 billion or Rs 43,574 crores will boost the social media giant’s digital presence in India which is considered to be its second-largest market after China.

A statement by Facebook on Wednesday said: “Today we are announcing a USD 5.7 billion investment in Jio Platforms Limited, part of Reliance Industries Limited, making Facebook its largest minority shareholder”.

Commenting on the partnership with Facebook, Mukesh Ambani, Chairman and Managing Director, Reliance Industries Ltd, said, “When Reliance launched Jio in 2016, we were driven by the dream of INDIA’S DIGITAL SARVODAYA – India’s Inclusive Digital Rise to improve the quality of life of every single Indian and to propel India as the world’s leading Digital Society.”

Ambani said “the synergy between Jio and Facebook will help realise Prime Minister Narendra Modi’s ‘Digital India’ Mission with its two ambitious goals — ‘Ease of Living’ and ‘Ease of Doing Business’ — for every single category of Indian people without exception”.”In the post-Corona era, I am confident of India’s economic recovery and resurgence in the shortest period of time. The partnership will surely make an important contribution to this transformation,” he added.

Reliance Jio which started its services in 2016 already has 388 million subscribers and has emerged as a top telecom player in the country.

Reliance is hoping to get some technical expertise from Facebook. Most importantly, it hopes to reduce its debt burden by March 2021.

Mark Zuckerberg, Facebook CEO said: “There’s a lot going on in the world right now, but I wanted to share an update on our work in India. Facebook is teaming up with Jio Platforms — we’re making a financial investment, and more than that, we’re committing to work together on some major projects that will open up commerce opportunities for people across India.”

“India is home to the largest communities on Facebook and WhatsApp, and a lot of talented entrepreneurs. The country is in the middle of a major digital transformation and organizations like Jio have played a big part in getting hundreds of millions of Indian people and small businesses online,” he added.

“This is especially important right now, because small businesses are the core of every economy and they need our support. India has more than 60 million small businesses and millions of people rely on them for jobs. With communities around the world in lockdown, many of these entrepreneurs need digital tools they can rely on to find and communicate with customers and grow their businesses. This is something we can help with — and that’s why we’re partnering with Jio to help people and businesses in India create new opportunities,” Zuckerberg said.

“I want to thank Mukesh Ambani and the entire Jio team for their partnership. We’re looking forward to getting started,” he said.

The investment may also help create some more jobs and also will get in some much needed economic boost at the time of COVID-19.