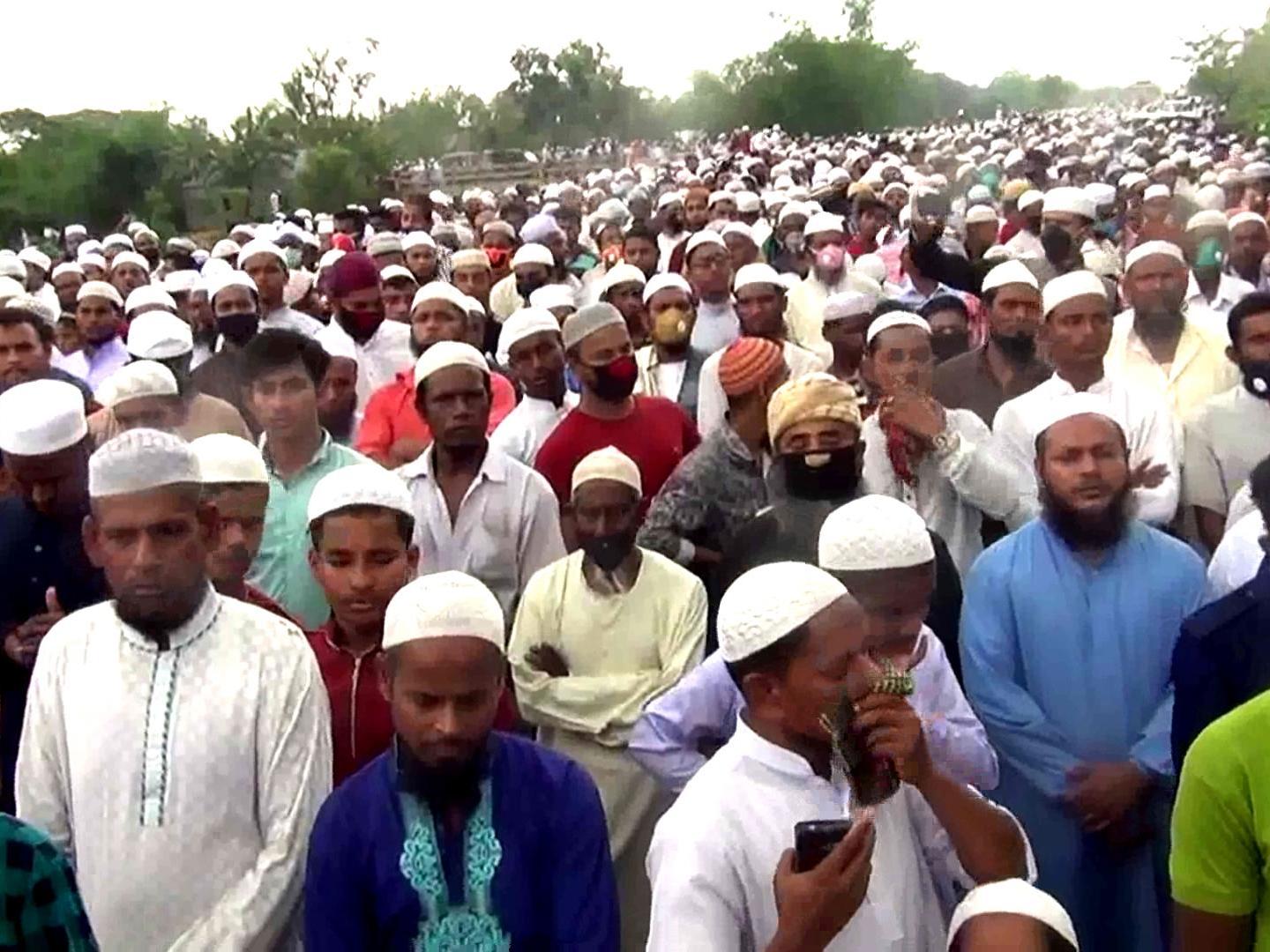 Religion is inseparable from the lives of many in South Asia. This is precisely what was seen on April 18 in the Brahmanbaria district of Bangladesh when around 1,00,000 people gathered and defied the lockdown conditions to attend the funeral of an Islamic preacher.

The Government of Bangladesh has restricted the gathering of more than five people in a place, ever since the nation reported its first COVID-19 case.

However, what was seen on Saturday was a gathering of more than 1 Lakh people, as confirmed by Shah Ali Farhad who is the Special Assistant to the Bangladesh Prime Minister and Imtiaz Ahmed, the Spokesman of the Brahmanbaria District Police.

Also Read: US President Donald Trump to temporarily suspend immigration in the US

The funeral procession of Maulana Zubayer Ahmad Ansari, an Islamic preacher saw many people from across villages in the district pour in to express their sorrow at the death of a cleric considered to be popular in the district.

Realizing the number of people who had gathered, the Police officer in charge along with the Assistant Superintendent of Police (ASP) of the district withdrew. The Police have formed a committee to probe into how the crowd gathered and other details that has posed a risk to the well being of the district and the nation.

As of Sunday, Bangladesh has recorded 2,456 positive cases and 91 deaths related to COVID-19. However, experts have warned that this number could be quite modest considering lack of testing facilities.