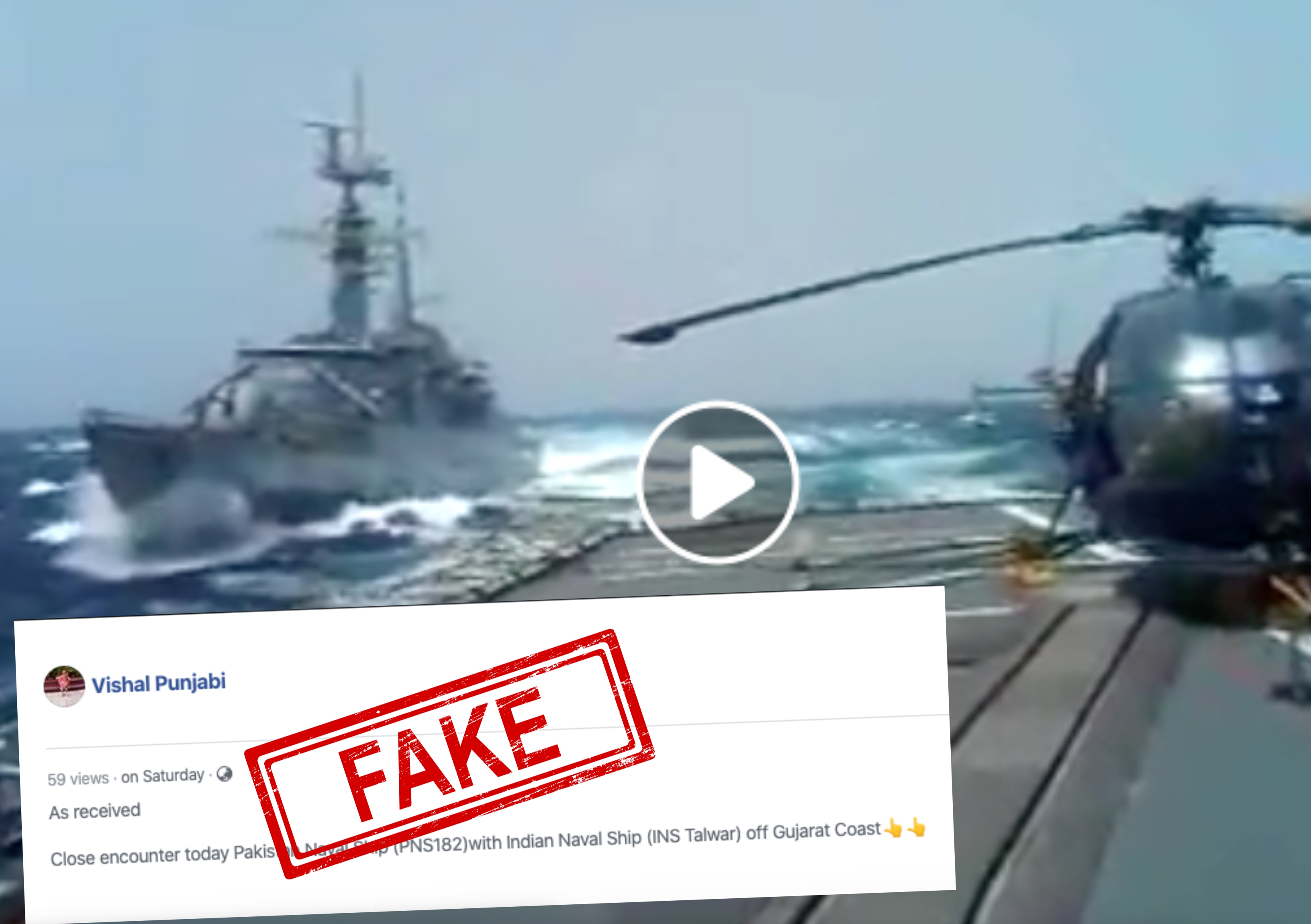 A video has surfaced on the internet in which two warships can be seen close to each other. Later in the video, they end up brushing against each other.

Claims are being made that this video is of a recent close encounter between Pakistan Naval Ship (PNS182) and Indian Naval Ship (INS Talwar) off the Gujarat coast. 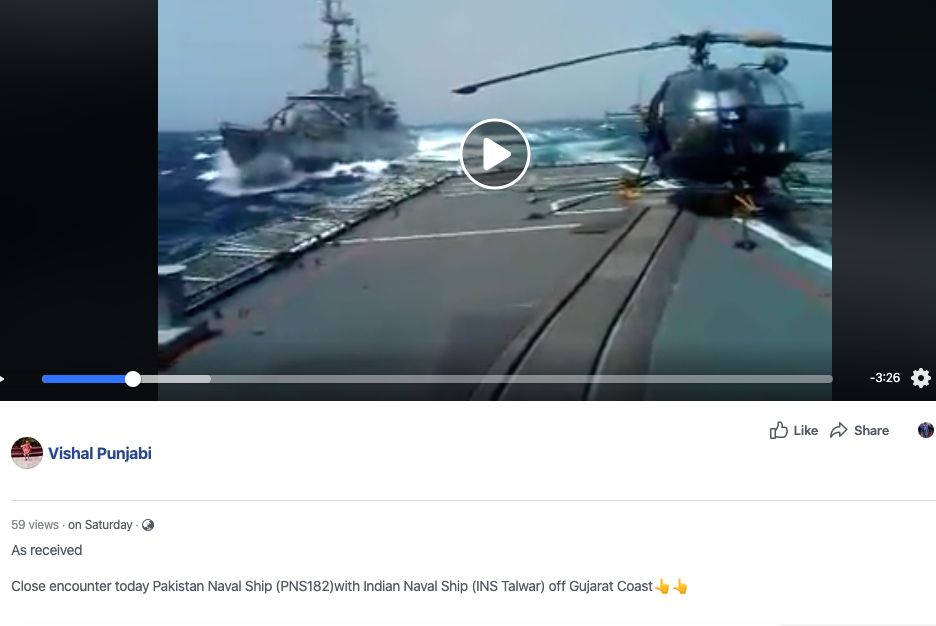 The video is being shared by several users which can be seen here and here.

ALSO READ: WHO is NOT giving away smartphone, laptop; don’t fall for the…

We extracted the keyframes of the video and put them through Reverse Image Search. This led us to the same video which was posted on YouTube on October 16, 2014.

On further investigation, we came across several news reports which suggest that INS Godavari and PNS Babur were involved in an incident back in 2011.

According to the above report by NDTV dated August 04, 2011, the two warships INS Godavari and PNS Babur rammed into each other on June 16, 2011, after the Pakistani warship came closer to INS Godavari. 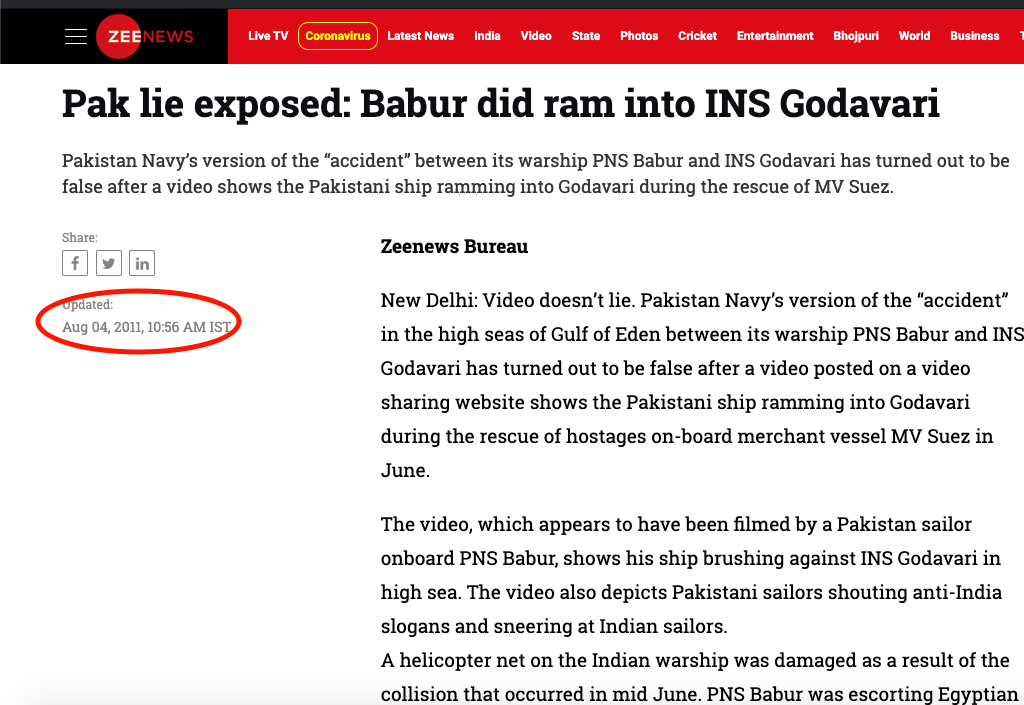 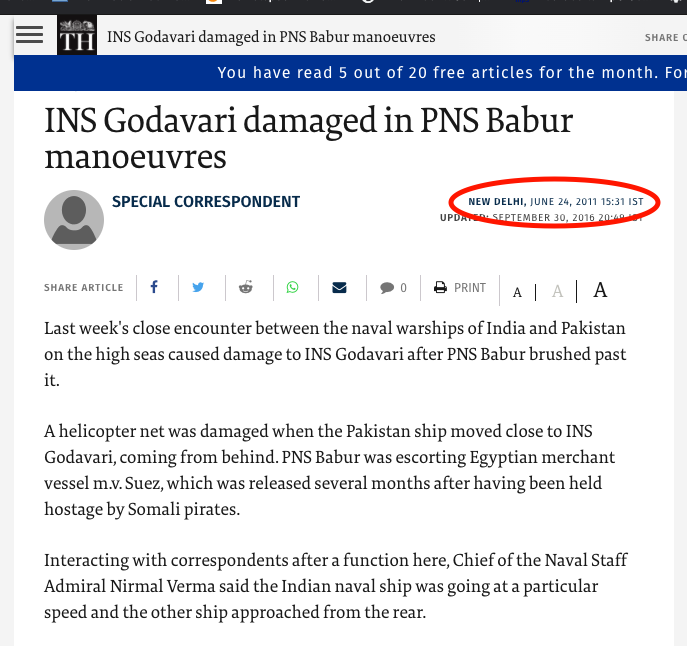 The detailed reports about the incident can be read here and here.

In conclusion, the above information establishes that the video in circulation is true, but it is not recent as the incident took place in 2011.