Fact Check: Video of Hindus being denied aid is from Bangladesh, not India | Newsmobile
Saturday, October 1, 2022

A video is doing the rounds on social media in which a few men can be seen distributing food outside what looks like a mosque. In the video,it is visible that Hindus were being denied the aid. It is being claimed that the video is from India. 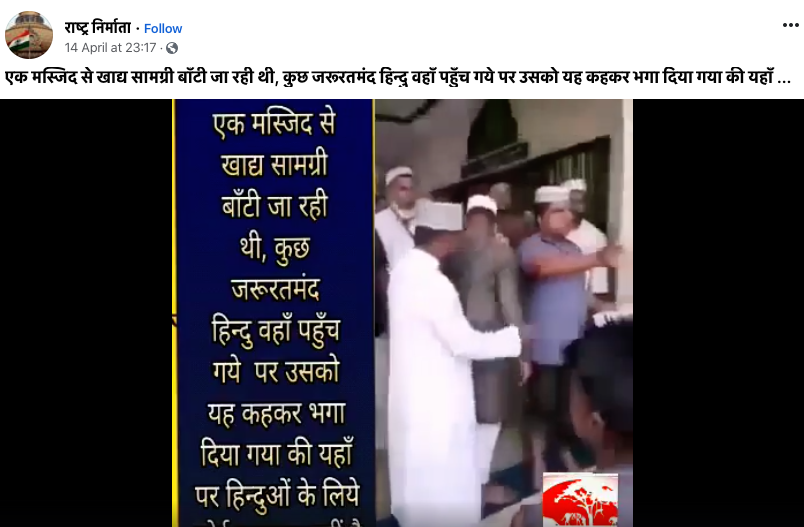 (Translation: “Food items were being distributed from a mosque, some needy Hindus reached there but they were banished by saying that there is no material for Hindus here”)

At the time of filing this report, the above video was shared by 12,000 Facebook users.

NewsMobile fact-checked the above post and found that the video is NOT from India.

We extracted the keyframes of the video and put them through Reverse Image Search. In results, we found the extended version of the same video on YouTube dated April 5, 2020. 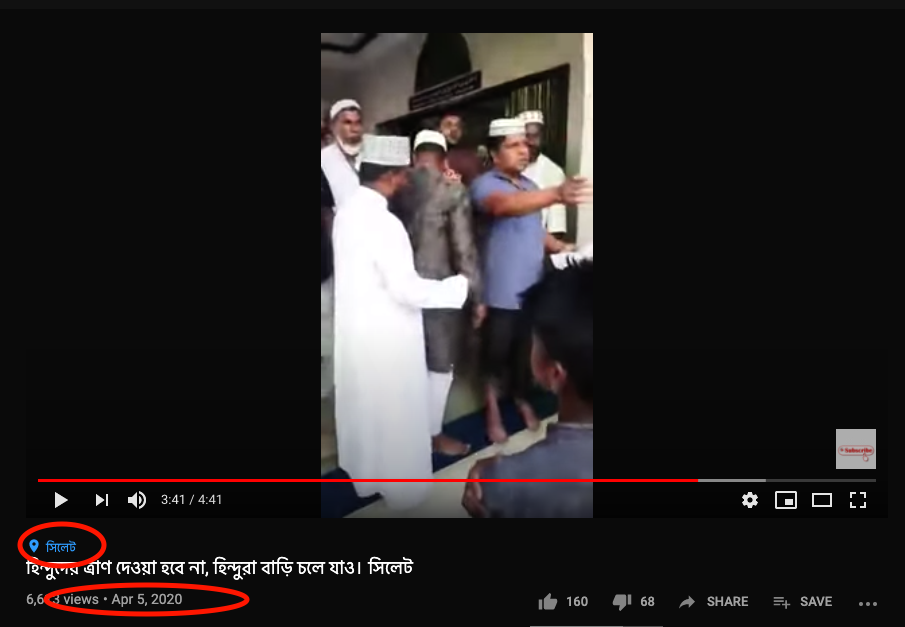 On our close observation, we saw that the location tag of the video was Sylhet (সিলেট), a city in Bangladesh, around 250 km from the capital Dhaka.

On our further investigation, we came across a report by The Daily Sylhet Mirror about the above incident. 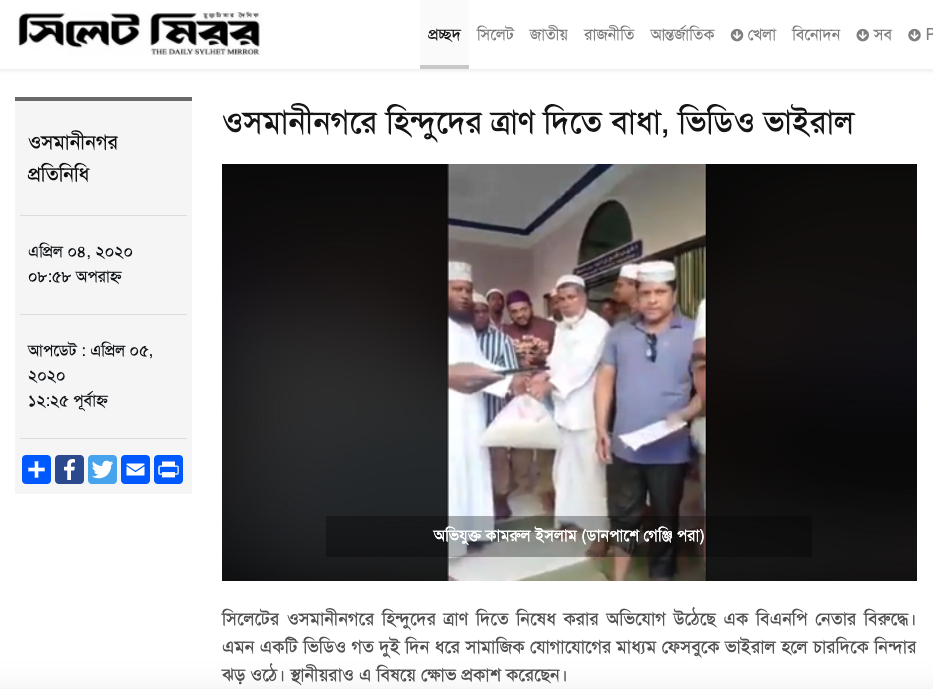 According to the report, the incident took place in Sylhet’s Osmaninagar when a Bangladesh Nationalist Party (BNP) leader, Kamrul Islam distributed aid at a local mosque after the Friday prayers and some Hindus came to the mosque to get it.

The report further suggested that Kamrul Islam had said that “none of you Hindus will come here”. “No Hindu name is on this list, so no Hindu will be given relief,” he said.

In conclusion, the above information confirms that the video is from Bangladesh and NOT from India.