Home Coronavirus Fact Check Did Nostradamus make this prophecy about the virus? Here’s the fact check 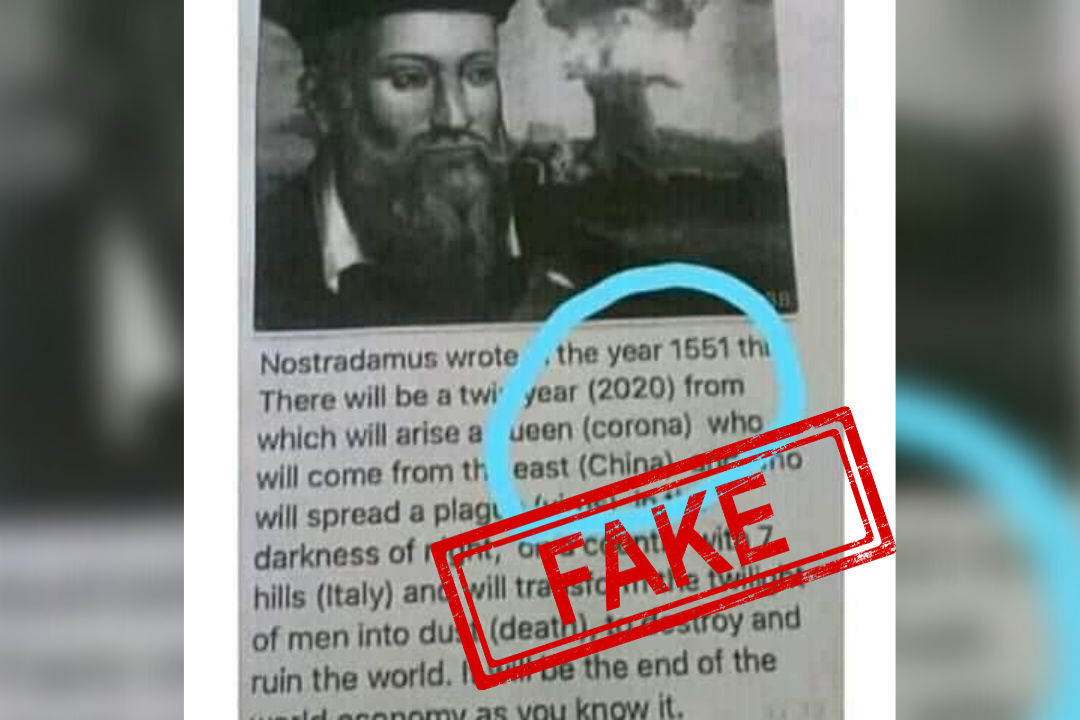 A picture post is being shared on social media in which a quote is attributed to French astrologer and physician known for his prophecies, Nostradamus, in which he is making a prediction about the Coronavirus in 1551.

“Nostradamus wrote in the year 1551 this! There will be a twin year (2020) from which will arise a queen (Corona) who will come from the east (China) and who will spread a plague (virus) in the darkness of the night, on a country with 7 hills (Italy) and will transform the twilight of men into dust (death), to destroy and ruin the world. It will be the end of the world economy as you know it ” – the statement read.

The team at NewsMobile fact-checked the above post, we found that the claim is FAKE.

A search for keywords on the internet including “Nostradamus”, “twin year”, “queen” and “east” brought no reliable results. We also found no mention of this prophecy prior to the outbreak, which indicates it is a hoax.

The text is also not written in Nostradamus’ famous quatrains style, which is a type of poem that consists of four lines.

Here are some examples of his style of writing- 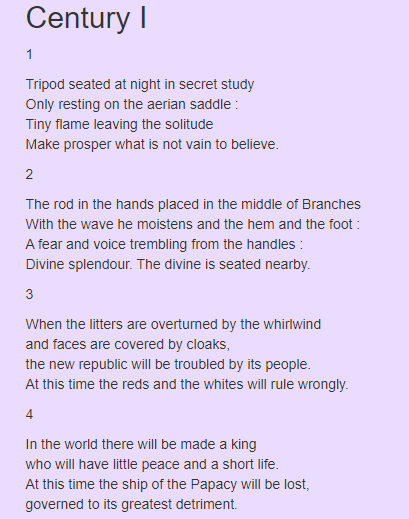