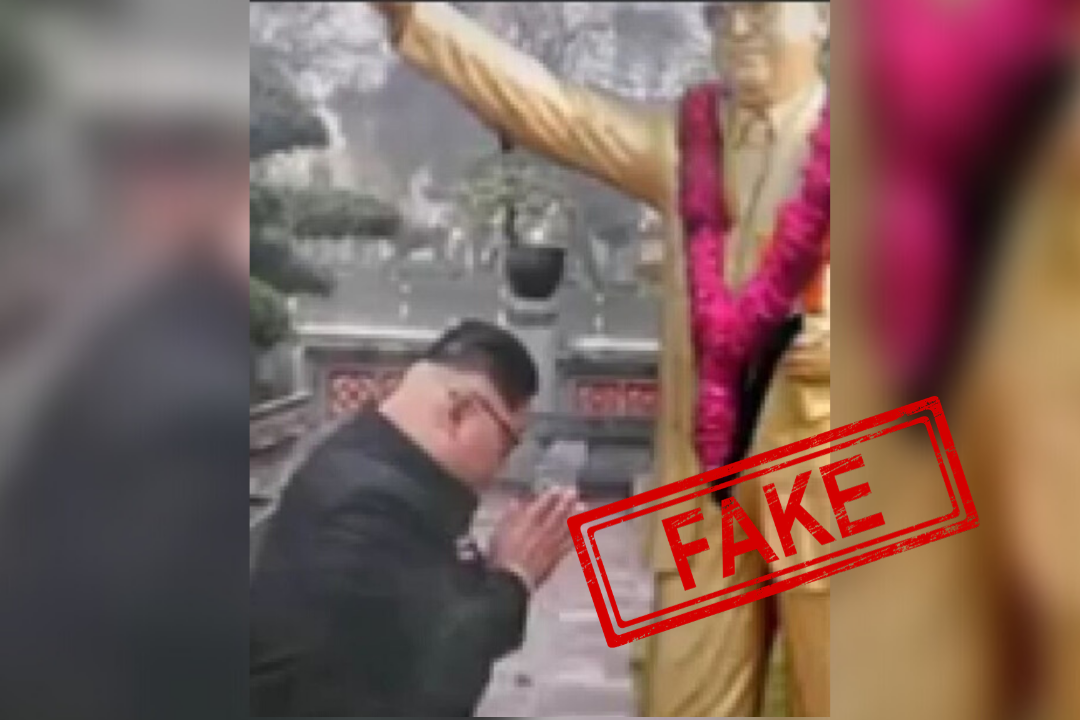 A photo of the notorius dictator of North Korea is being shared on the internet in which he can be seen bowing down in front of a statue of the Father of Indian constitution, Dr. Bhimrao Ramji Ambedkar.

(Translation- Dictators also bow down before such people)

When the fact checkers at NewsMobile checked the photo we found that the photo was photoshopped.

We put the photo through Reverse Image Search after cropping the photo and rotating it horizontally. We found the original picture on Inter Religious Federation for World Peace website which was posted last year in February. 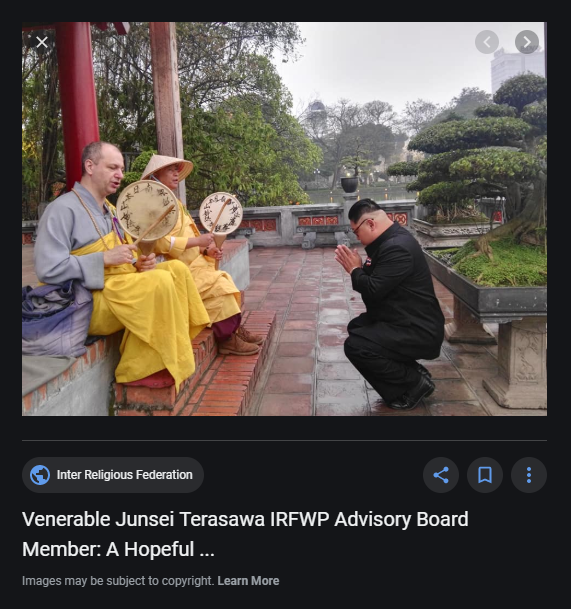 On comparing the Fake and the Real picture it becomes clear that the photo has been altered using Photoshop software. 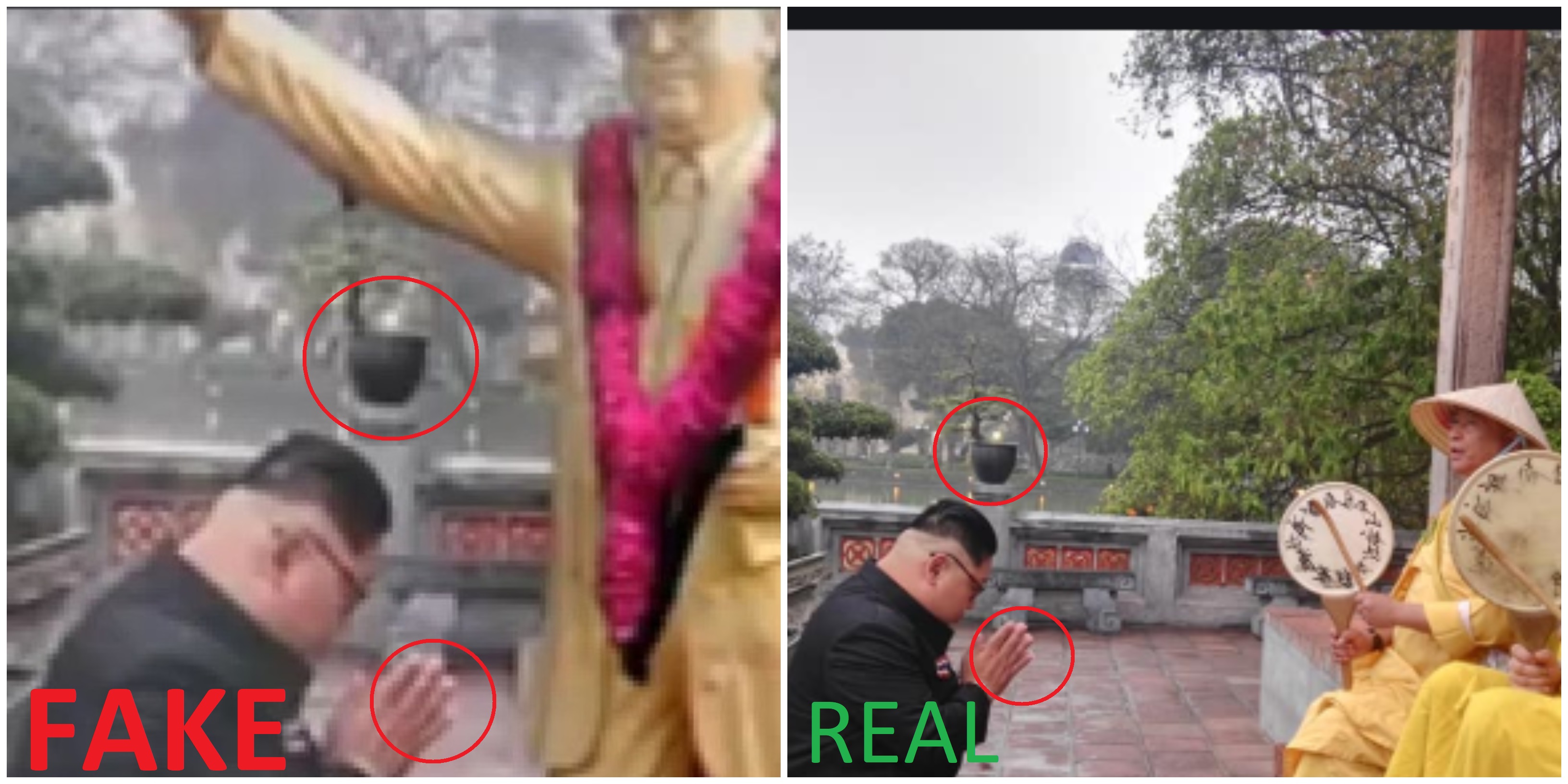 Hence, it proves that Kim Jung Un is not bowing down in front of Dr. BR Ambedkar, but a reverend Junsie Terasawa.