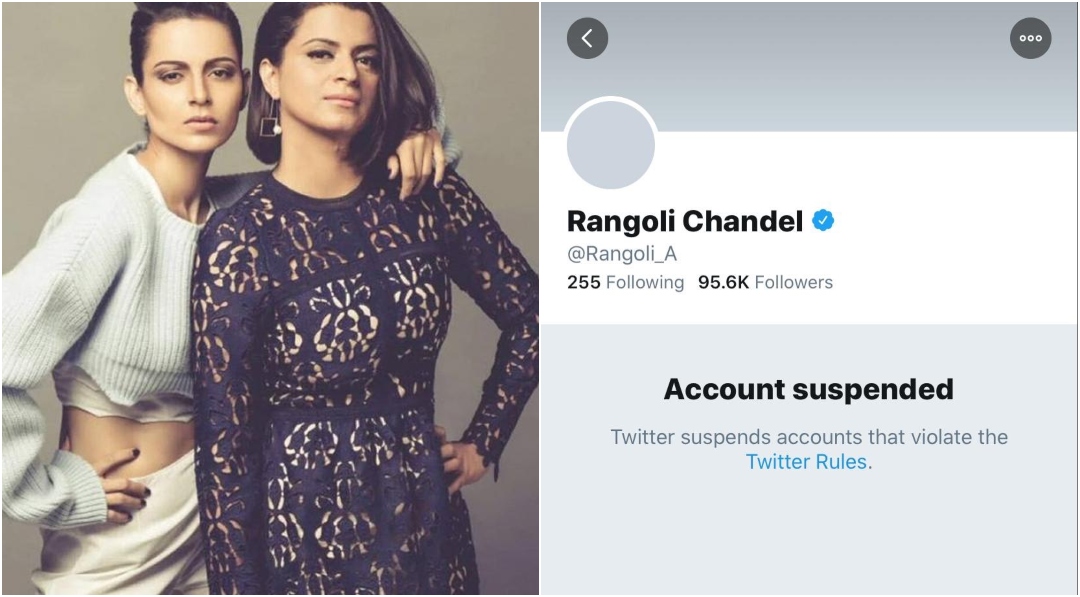 Twitter on Thursday suspended actor Kangana Ranaut’s sister and manager Rangoli Chandel’s account after she posted a tweet demanding that ‘mullas’ and ‘secular media’ be made to ‘stand in a line’ and be killed.

Jewellery designer Farah Khan, who said the tweet was ‘shocking beyond belief’, demanded an FIR be registered. 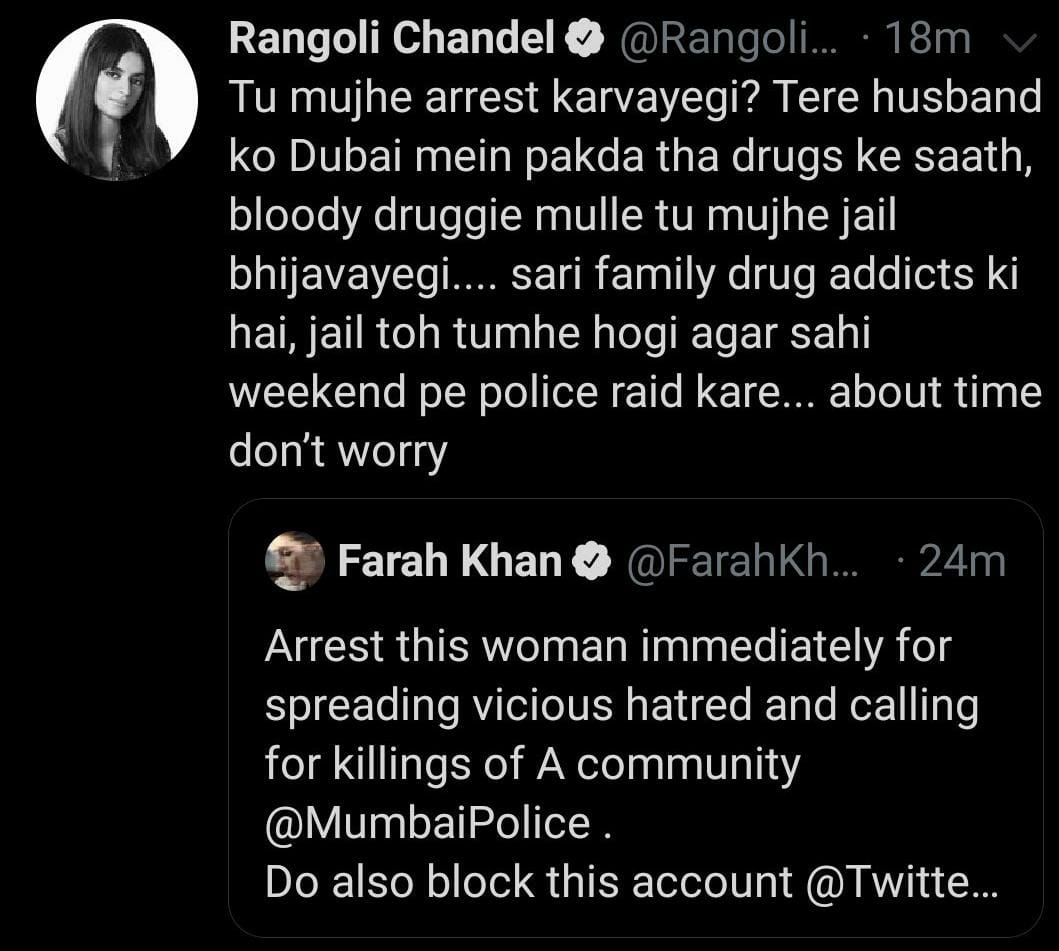 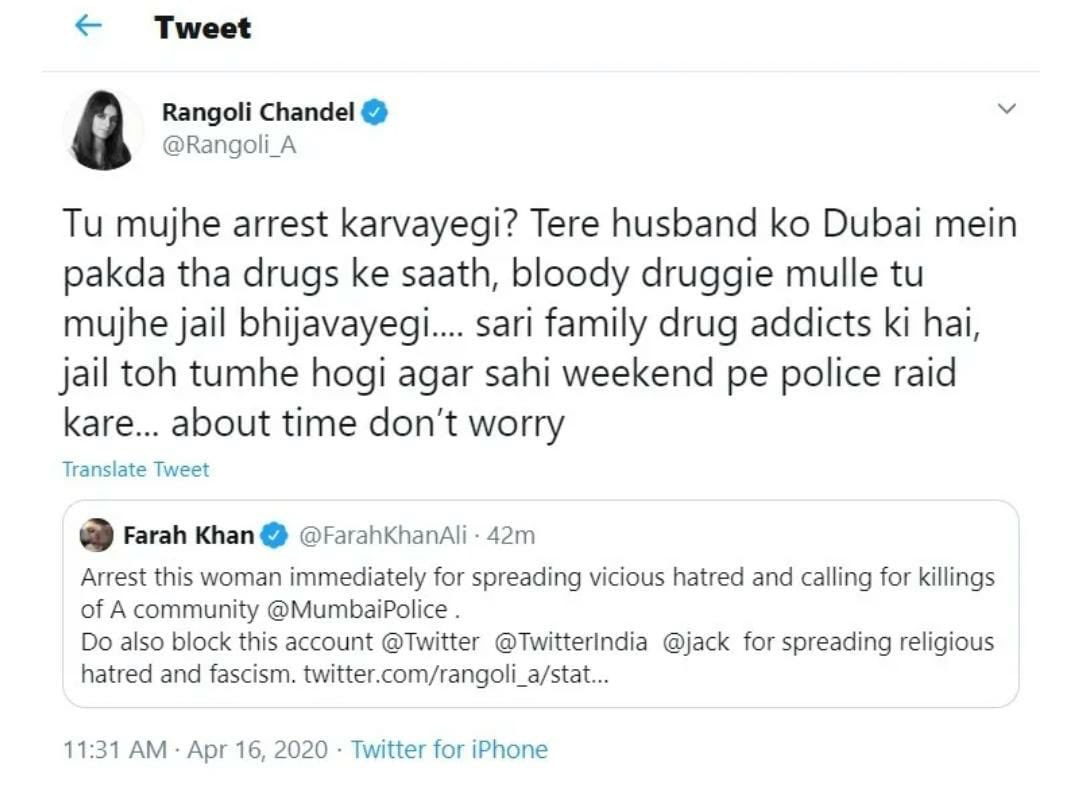 This isn’t the first time that Chandel has triggered a controversy with her tweets.

Earlier this week, she called for suspending the 2024 Lok Sabha election given the economic crisis India is facing during the pandemic. 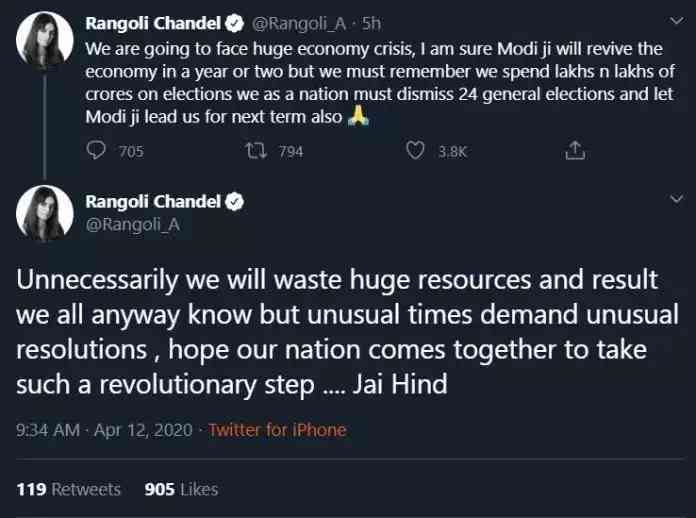 Last week, she claimed she received a warning from Twitter. Following this, she called the social networking site ‘anti-national’ and said the platform would ‘go to graveyard’ if they suspended her account.