Amid the Coronavirus outbreak, a picture in which several medical professionals can be seen lying in an operation theatre is doing the rounds on social media. It is being claimed that the picture is of doctors and nurses in Italy who died while treating COVID-19 patients.

The caption of the picture read: “Over 200 doctor’s and nurse’s dead in Italy 🇮🇹
God protect the world 🌏 from this virus.”

At the time of filing this report, the above post was shared over 10,000 times.

ALSO READ: Fact Check: Did birds die in Italy due to Coronavirus, 5G…

NewsMobile fact-checked the above post and found that the claim attached to the picture is FAKE.

On putting the picture through Reverse Image Search, it was established that the picture has no connection with Coronavirus as it is a still from an American TV series, Grey’s Anatomy.

Our investigation led us to the official website of Getty Images where the above picture is available. 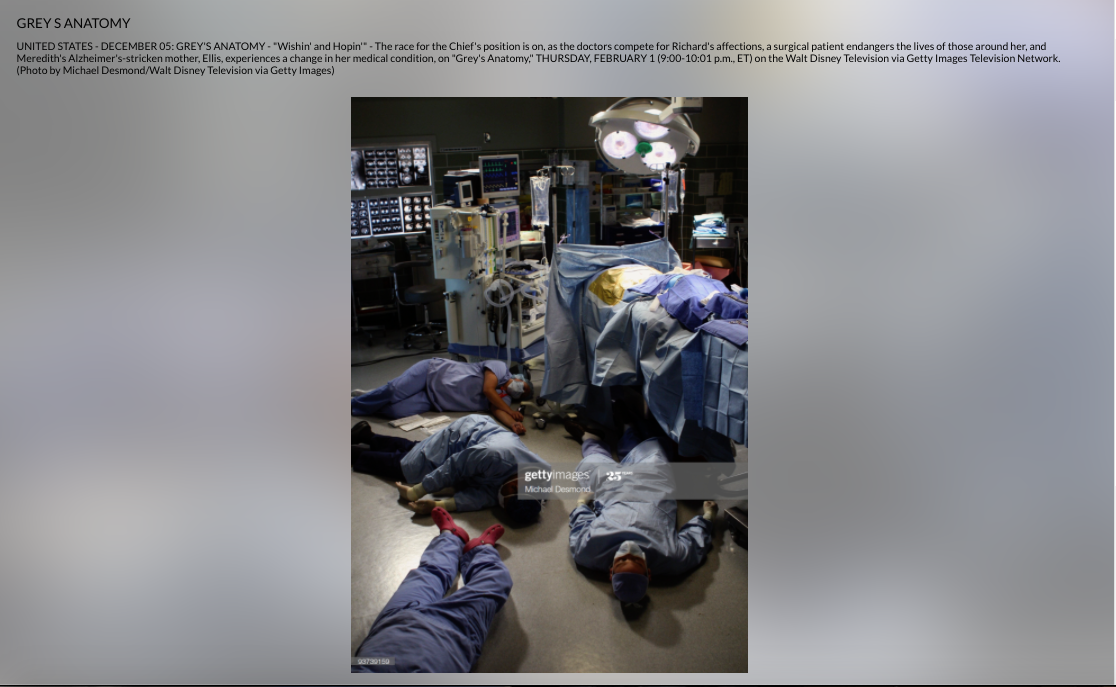 The caption of the same picture on Getty read: “DECEMBER 05: GREY’S ANATOMY – “Wishin’ and Hopin'” – The race for the Chief’s position is on, as the doctors compete for Richard’s affections, a surgical patient endangers the lives of those around her, and Meredith’s Alzheimer’s-stricken mother, Ellis, experiences a change in her medical condition, on “Grey’s Anatomy,” THURSDAY, FEBRUARY 1 (9:00-10:01 p.m., ET) on the Walt Disney Television via Getty Images Television Network. (Photo by Michael Desmond/Walt Disney Television via Getty Images)”

Hence, the above information confirms that the picture in circulation is NOT from Italy and it is not related to COVID-19.