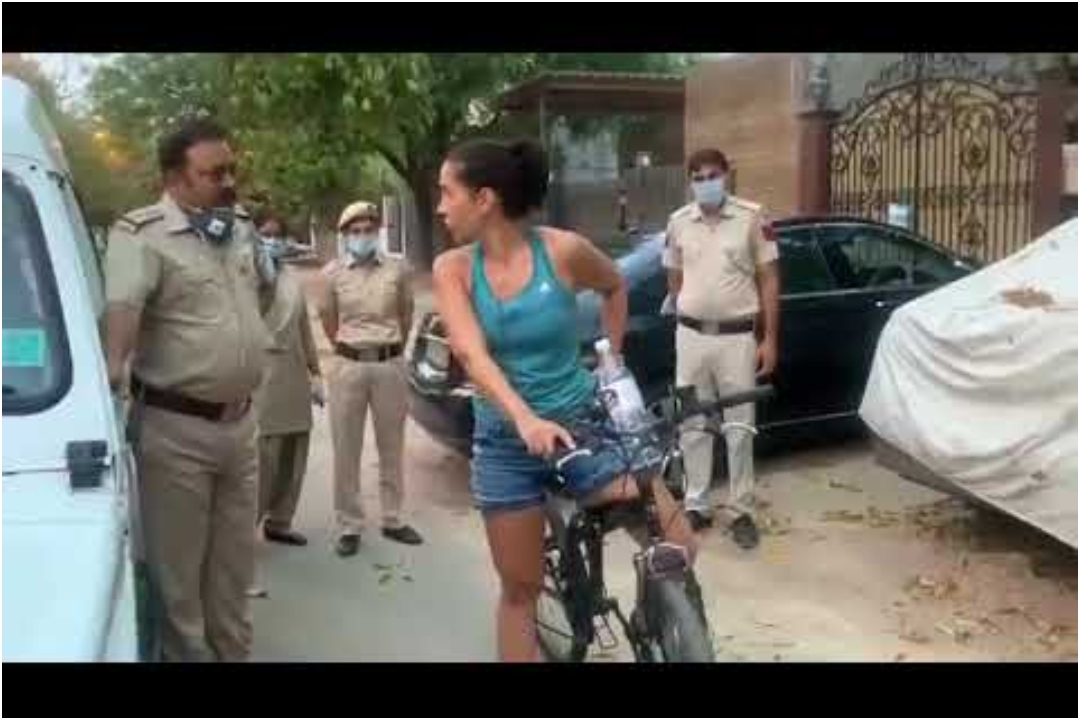 Amid the nationwide lockdown caused due to the deadly coronavirus pandemic, on Saturday, a diplomat from the embassy of Uruguay, was found cycling on the Paschimi Marg road in Vasant Vihar, where many embassies are situated and which is also the residential area for many diplomats posted in the national capital.

She was caught cycling without wearing a face mask and gloves and when the patrolling police officials tried to stop her she started arguing with them. The same is captured in the video. The police officer was accompanied by two lady constables at the time of the incident.

In the video, one can see the police requesting the woman to follow the guidelines given by the MEA. But the women in return was seen arguing with the officials and was instead asking the official to consult her Embassy over the issue.

“Some residents of Vasant Vihar also reached the spot and informed me that being official of Resident Welfare Association (RWA) they are also trying to convince the foreign nationals of Vasant Vihar, but they are not listening and roaming here,” the police official said.

Speaking about the issue, Strategic Affairs expert, Sreeram Chaulia said, “It’s quite unfortunate as we have over 116 embassies in Delhi alone and many consulates of other countries and we have always treated them with high respect and decency. They are people who follow the news and keep up with the situation going on in India and are generally expected to restrict to the law of the land and they cannot claim privileges and immunity from public health measures that include the foreign diplomat… The MEA should brief them separately in all embassies and consulates…”, he added.