A video is being circulated online with a claim that people in Nizamuddin Mosque are purposefully sneezing so as to spread the Coronavirus.

We found the same video on Facebook uploaded on March 5, 2020, and the caption said “Sufi Madness how he does to his followers!!”

We ran a search and found several different videos where people could be seen performing the same ritual. The video caption mentioned ‘Sufi zikr’.

According to a website, ‘Dhikr or zikr is basically the Sufi word for mantra‘. It is a form of Sufi Meditation and Breathing Practice.

In Sufism, the name for mantra is Zikr (also Jikr or Dhikr), literally meaning remembrance. The essential aspect of this practice is the continual remembrance of God, typically by repeating one of these four formulas:

The goal is to inscribe the name of the Divine in your heart. For that, Sufis employ the methods of meditating on His name with the tongue (mantra repetition), gazing at the written word Allah, and writing Allah repeatedly on a paper. 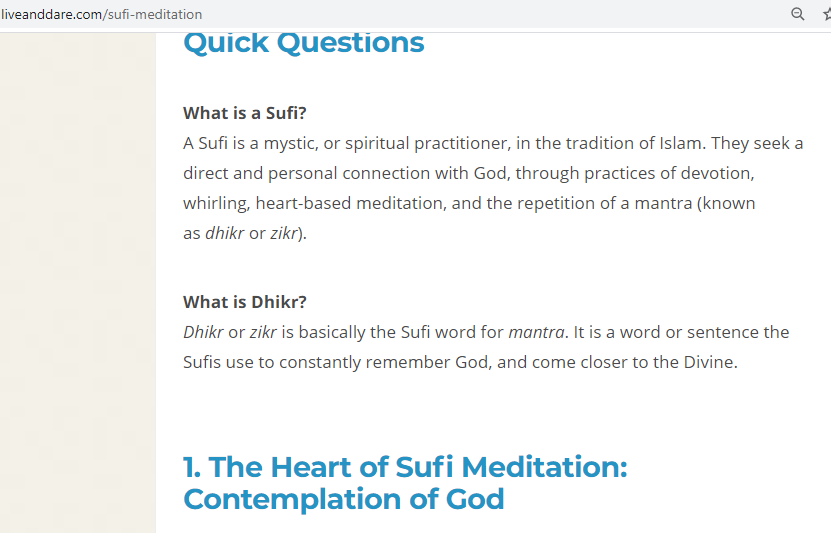 This proves that the viral video is of a Sufi meditation ritual and people are not sneezing.

NewsMobile, independently, couldn’t verify the origin of the video but it can safely be said that the video is not a recent video from Nizamuddin.