Several posts have been circulating on social media stating that 18 nations including the US and UK have asked for Indian Prime Minister to lead the task force to fight Coronavirus.

The post also contains a news clip by the WION news channel. The caption fully reads: 18 nations including USA and UK wants NARENDER MODI as leader for TASK FORCE for CORONA..what a proud moment for INDIA..believe in him and INDIA will win. 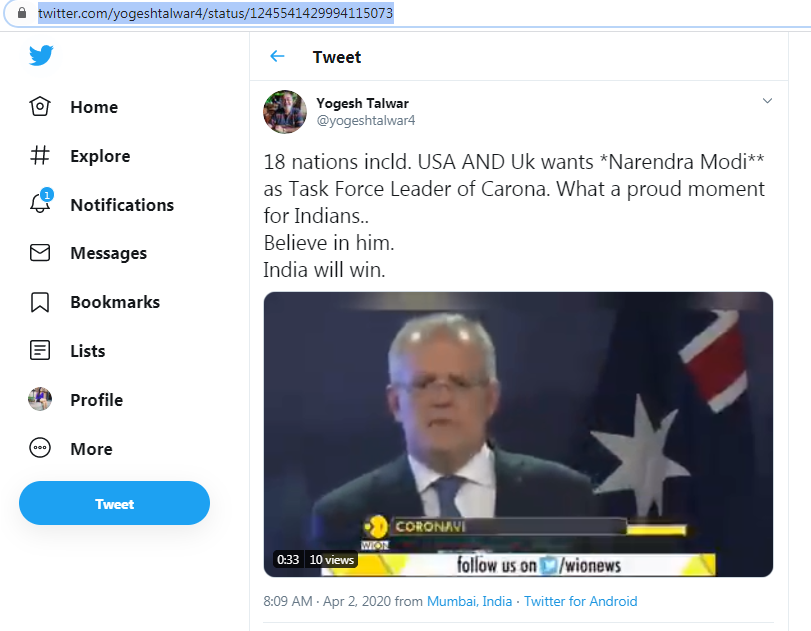 18 nations incld. USA AND Uk wants *Narendra Modi** as Task Force Leader of Carona. What a proud moment for Indians..
Believe in him.
India will win. pic.twitter.com/92rRoxF0ed

18 nations including USA and UK wants NARENDER MODI as leader for TASK FORCE for CORONA..what a proud moment for INDIA..believe in him and INDIA will win 🙏 pic.twitter.com/3Rult3hJqm

Firstly we watched the above video by WION and found no such mention about Prime Minister Modi.

The anchor says that India has emerged as a global leader for the task force against Coronavirus. This is further based on a few facts mentioned in the video:

This was further found in news reports dated March 15, 2020. 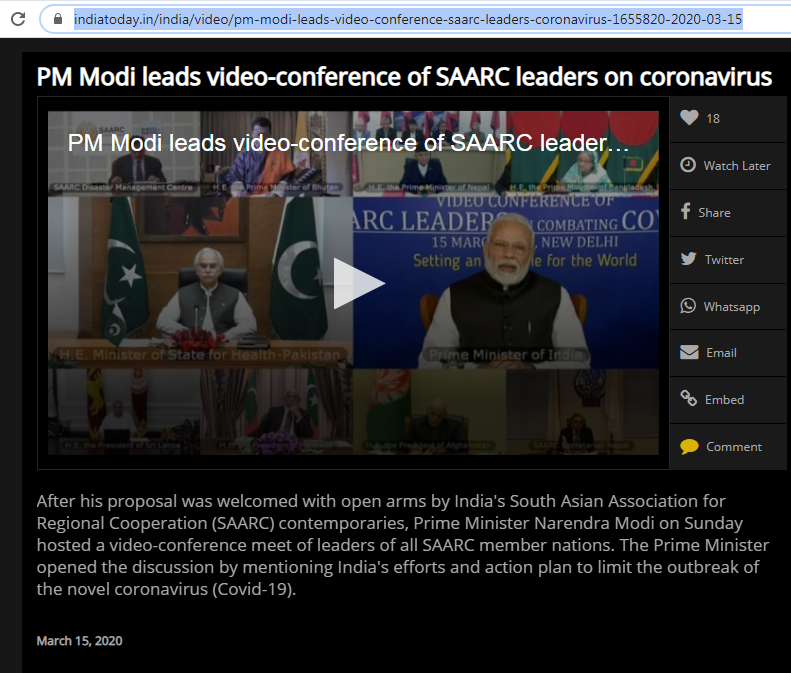 2. The WION news video further reports that leaders beyond South Asia have reached out      to PM Modi to discuss international relief efforts. Among them, were UK Prime Minister        Boris Johnson and Australian PM Scott Morrison, who praised Modi for his efforts to            suggest the organization of a G20 link up. Such a link-up would have to be conducted          through Saudi Arabia, which currently holds the presidency of the G20 nations. 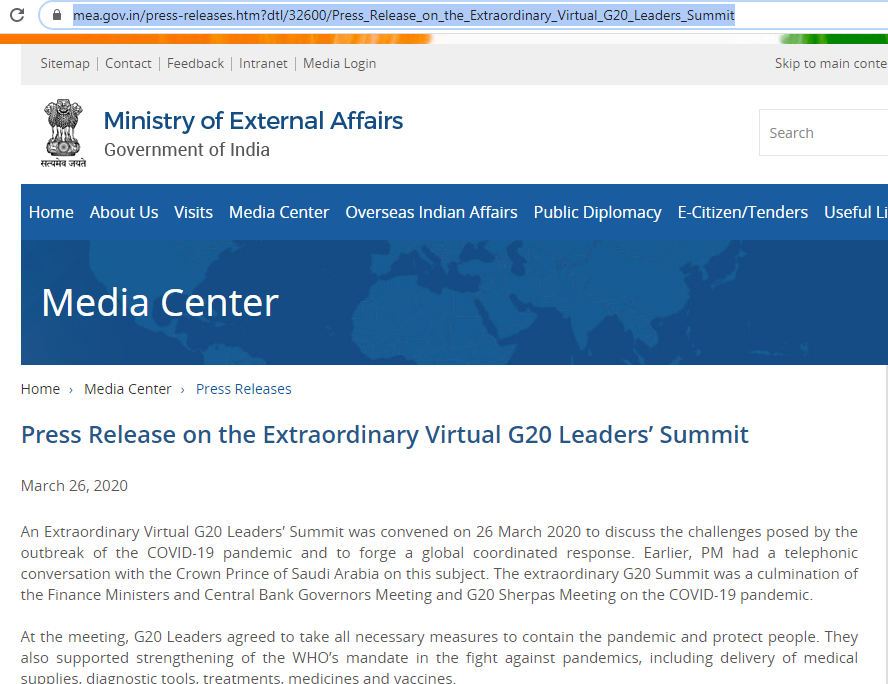 The press release by the Ministry of External Affairs states “G20 countries committed to inject over USD 5 trillion into the global economy to counter the social and economic impact of COVID-19. Leaders also agreed to contribute to the WHO-led COVID-19 Solidarity Response Fund on a voluntary basis.”

“PM thanked the King of Saudi Arabia for convening this extraordinary session of G20. In his remarks, PM noted the alarming social and economic cost of the pandemic, He added that 90% of the COVID-19 cases and 88% of deaths were in G20 countries even as they share 80% of world GDP and 60% of world population. He called on the G20 to come out with a concrete action plan to fight the global pandemic.”

The above information shows that while India led the efforts to organize a video conference between 8 SAARC nations for tackling Coronavirus and while PM Modi’s action plan on Corona has been lauded, 18 nations, including UK and US, have not expressed the desire to have India lead a Coronavirus Task Force. According to the text of the above press release, there isn’t such a task force among SAARC or G20 nations.

Hence this news is false, and the video used to claim it has no such mention either.