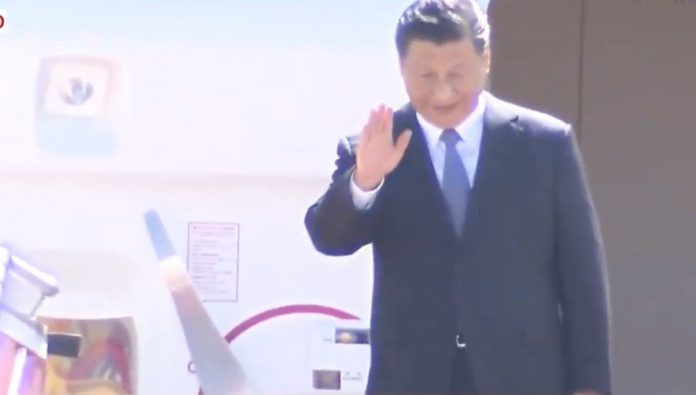 A letter Circulating Online in China has led to a weakening of President Xi’s Standing in the Chinese Communist Party’s Politburo. It exposes President Xi’s fragile hold on power within China, contrary to the world’s view of Xi’s complete grip on China’s Political and Military-Government Machinery, said a report by Radio Free Asia.

The letter urges the Communist Party of China to call for a meeting to oust Xi and it lashes out at Xi for his handling of the Wuhan Virus Outbreak and the subsequent deaths, shocks to the economy and most importantly near total stoppage of all exports from China.

“Given the current severe situation of the new coronavirus epidemic, the domestic economy, and the severe situation of international relations, we are strongly calling for the urgent convening of an enlarged Politburo meeting to discuss Xi Jinping’s issues,”

Also Read: Over 20,000 dead, three billion under lockdown globally due to coronavirus

“Have China’s international relations … improved or worsened since Xi Jinping came to power? Is making enemies on all sides and deteriorating U.S. relations good or bad for China’s development? Regardless of the current situation of the country, is it true that large expenditures in backward countries in places like Africa is proper for China’s own development and international relations?”

The letter shared widely on WeChat (China’s internal WhatsApp monitored by the government), goes on to question Xi’s aggressive International stand antagonizing nations such as US, India, EU. It also specifically criticizes the Belt and Road Initiative questioning the large expenditure in continents such as Africa.

A Journalist based out of Hong Kong Cheng Ping has been identified as the originator of the letter while he denies it. “A lot of other people reposted this anonymous letter online,” he said.

REACTIONS TO THE LETTER

Widespread support for the criticisms in the letter amongst the citizens as well as senior members of Communist party has been reported.

Xu Zhiyong, a leading dissident wrote of the Communist leader:

“You are not Putin, or Modi, and you are certainly not Trump.”

He added: “You flirt with Cultural Revolution fanaticism, but you are no true-believing Leftist; you lurch towards bellicose nationalism, but you’re no hawk, either. You’re a big nothing.”

Ren Zhiqiang, a real estate tycoon and formally one of China most powerful and richest man, who has recently gone missing, was one of Xi’s most outspoken critics, questioned Xi’s incompetence in many fields and his blatant dictatorial tendencies.

In a Letter, he said of Xi:

“The covert propaganda around the decisions made during the Wuhan Coronavirus epidemic will only deceive those who are willing to be deceived,”

He also referred to, without specifically naming Xi, as a “Clown” and Compared him to the Naked King in the Children’s Story- “The emperor’s New Clothes”

There have also been widespread protests in Wuhan, where the people have been brutally assaulted and no fresh screenings are being permitted.