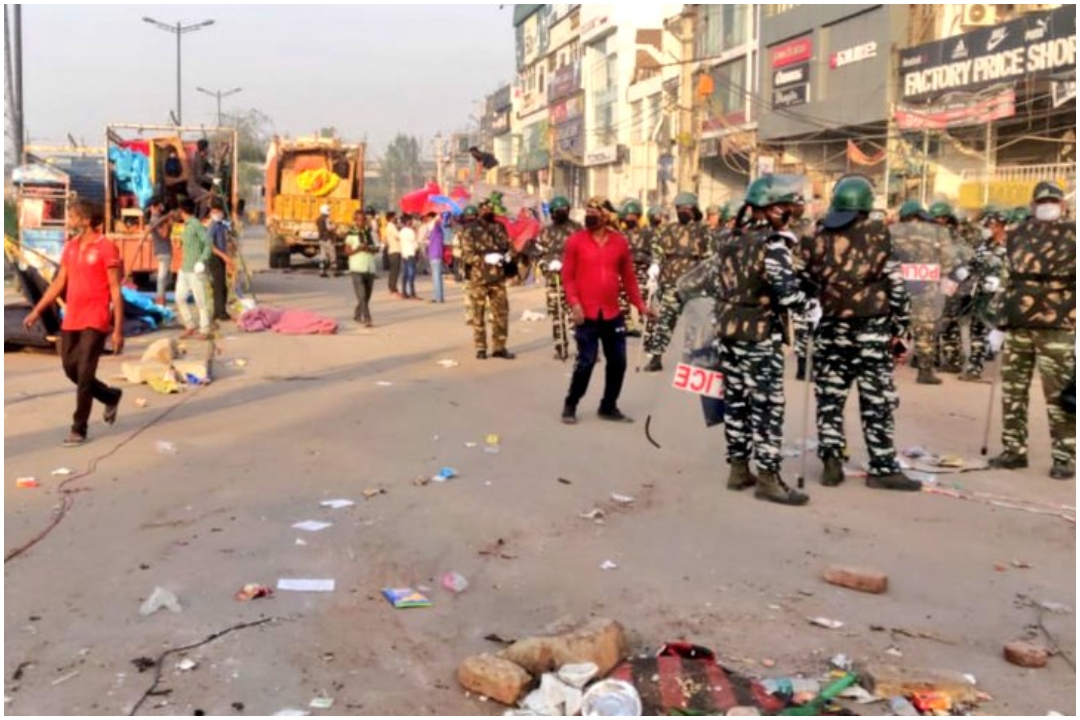 Amid a COVID-19 lockdown, Delhi Police on Tuesday cleared the Shaheen Bagh protest site where a large number of people were agitating against the Citizenship Amendment Act. A few protesters were also detained for “unlawful assembly” during the lockdown.

“People at the protest site in Shaheen Bagh were requested today to clear the site as lockdown has been imposed. But after they refused, the action was taken against violators as the assembly was unlawful. Protest site has been cleared. Some protestors have been detained,” RP Meena, DCP South-East district.

#WATCH Delhi Police clears the protest site in Shaheen Bagh area, amid complete lockdown in the national capital, in wake of #Coronavirus pic.twitter.com/N6MGLTLs5Z

On Monday, the number of protestors who have been on a sit-in protest against the CAA was reduced significantly.

Speaking to ANI, Maryam, a protester said, “We respect and obey the decision taken by Prime Minister Narendra Modi. It has been urged that a minimum number of people should gather at one place so people are coming here in shifts, in groups of five. We are ready to combat with coronavirus. We are following what has been told like wearing gloves, masks and using sanitisers.

“Many protesters at the site were seen donned in masks and maintaining distance to mitigate the chances of spreading the deadly virus.Chief Minister Arvind Kejriwal has announced a lockdown in the national capital territory of Delhi from 6 am on Monday to midnight on March 31.