A picture of people lying on the street is being shared online with a caption that the picture is related to the outbreak of Coronavirus in Italy. 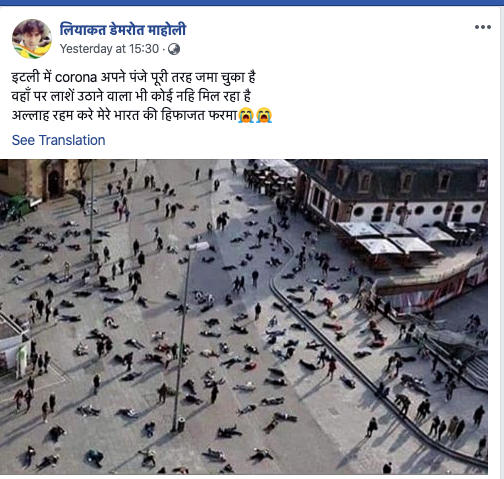 According to the China-South Morning Post, the picture was taken in Frankfurt when people participated in an art protest to pay tribute to the lives lost in the Nazi concentration camps. 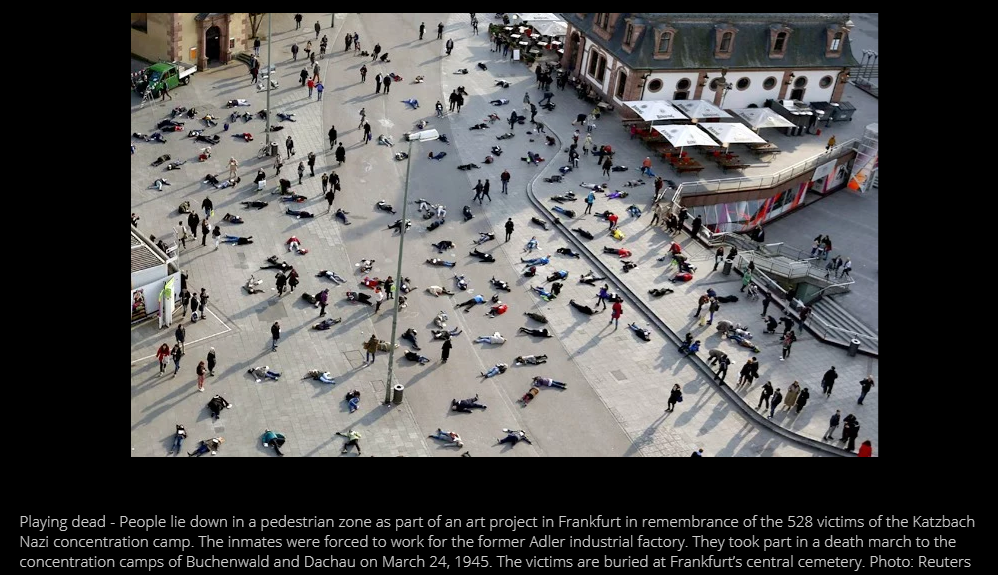 The above information proves that the viral picture is not related to the Coronavirus outbreak in Italy.