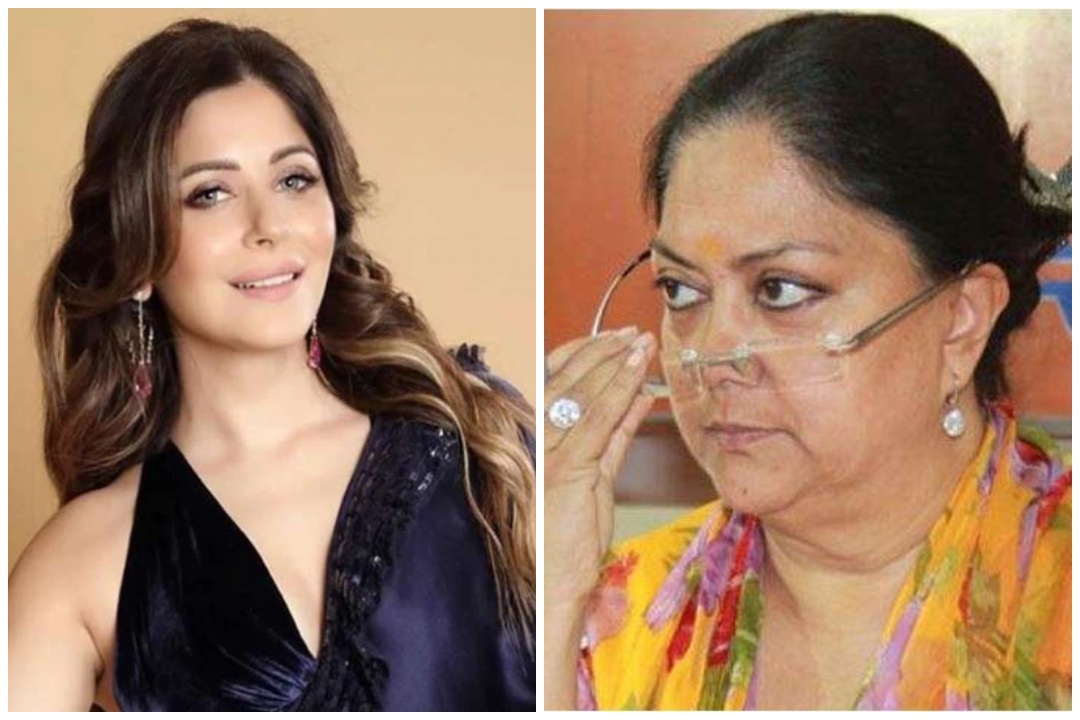 Former Rajasthan chief minister Vasundhara Raje on Friday confirmed that she along with her son Dushyant Singh had attended a event in Uttar Pradesh’s Lucknow on March 5 where Bollywood singer Kanika Kapoor, who tested positive for coronavirus, was present.

The singer stayed at Taj Hotel in Lucknow and attended several functions in the city and has been booked for negligence by Uttar Pradesh police, according to news agency ANI.

As a precautionary measure, the mother-son duo have self-quarantined themselves. Another attendee of the party, Uttar Pradesh Health Minister Jai Pratap Singh, has also self-quarantined himself.

While in Lucknow, I attended a dinner with my son Dushyant & his in-laws. Kanika, who has unfortunately tested positive for #Covid19 was also a guest.

As a matter of abundant caution, my son & I have immediately self-quarantined and we’re taking all necessary precautions.

“While in Lucknow, I attended a dinner with my son Dushyant & his in-laws. Kanika, who has unfortunately tested positive for #Covid19 was also a guest,” tweeted Raje.

Bollywood singer, Kanika Kapoor travelled to London lately to meet her children and returned to Lucknow last week. Upon landing in the Uttar Pradesh capital, Kanika refrained from informing authorities concerned about her travel history.

Hello everyone, For the past 4 days I have had signs of flu, I got myself tested and it came positive for Covid-19. My family and I are in complete quarantine now and following medical advice on how to move forward. Contact mapping of people I have been in touch with is underway aswell. I was scanned at the airport as per normal procedure 10days ago when I came back home, the symptoms have developed only 4 days ago. At this stage I would like to urge you all to practice self isolation and get tested if you have the signs. I am feeling ok, like a normal flu and a mild fever, however we need to be sensible citizens at this time and think of all around us. We can get through this without panic only if we listen to the experts and our local, state and central government directives. Wishing everyone good health. Jai Hind ! Take care, KK

Kanika attended a lavish party with her friends and family at a five-star hotel in Lucknow thereafter. This party was hosted by top interior designer Adil Ahmad, nephew of Akbar Ahmad Dumpy. Adil had designed the interiors for Vasundhara Raje’s Delhi home. Raje was also part of the dinner hosted by Adil, as was her son Dushyant.

Kanika, however, has denied reports of dodging airport authorities after landing in Lucknow. “I am an educated and hardworking girl. I was part of the scanning process at the airport. I also called the CMO to check me and filled all forms at the airport,” Kanika told Aaj Tak. Rajiv Kapoor also reiterated and said that Kanika did the test at the airport and “nothing” was reported at that point of time.

Meanwhile, Kanika also said that she is anxious in the quarantine, adding, “I am isolated and have fever. I am in the hospital and do not have water also. When I spoke to the doctor, he threatened to file a case against me rather than helping me. I am in quarantine right now. Last evening only, they tested me and found results.”