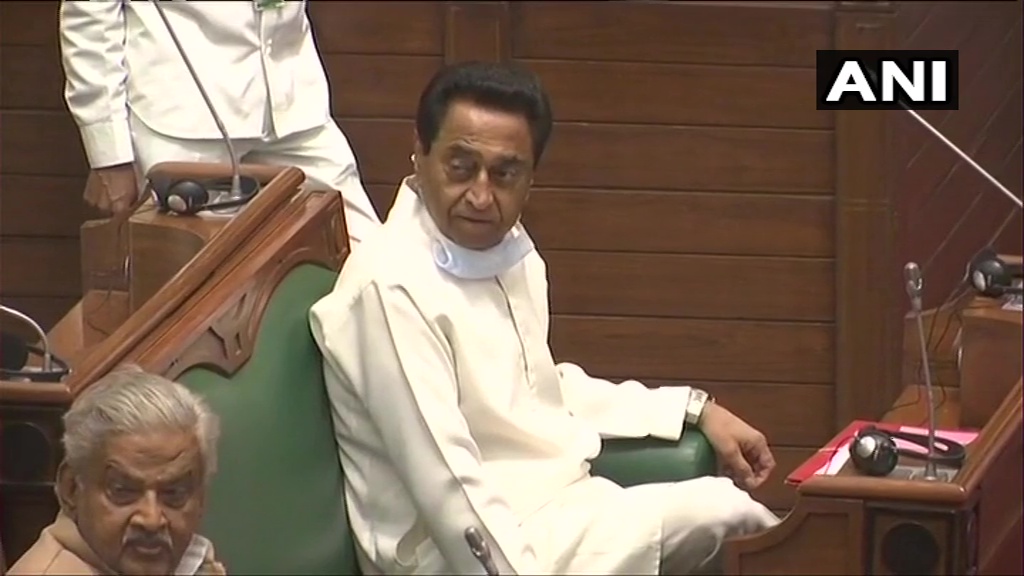 The suspense over the floor test in the Madhya Pradesh Assembly was ended on Monday as the Speaker NP Prajapati Monday adjourned the Assembly till March 26.

This comes after Governor Lalji Tandon said in a brief address to the Assembly: “All must follow the rules under the Constitution so that dignity of Madhya Pradesh remains protected.”

Bhopal: Governor #LaljiTandon left shortly after Assembly proceedings began. He said, “All must follow the rules under the Constitution so that dignity of Madhya Pradesh remains protected.” #MadhyaPradesh pic.twitter.com/0YdTr8rfTP

Subsequently, the BJP has moved the Supreme Court over the trust vote. The plea filed by former chief minister Shivraj Singh Chouhan and nine other MLAs demanding floor test within 12 hours will be taken up tomorrow.

Governor Tandon has written to CM Kamal Nath, stating him to conduct the floor test on March 17 otherwise it will be considered that he doesn’t have the majority in the state assembly.

Earlier on Sunday, State Chief Minister Kamal Nath met Tandon in Bhopal and said that he is ready for the floor test in the state Assembly and will speak to the Speaker about it.

“I received Governor’s phone call, he called me here to meet him to discuss the smooth functioning of the state Assembly. I told the Governor that I will speak to the Speaker tomorrow. It (floor test) will be decided by Speaker,” Nath told reporters after meeting the Governor.

“I have told the Governor that I am ready for the floor test and the MLAs who have been held captive should be released. I will speak to the Speaker tomorrow (Monday) about it (floor test),” he said.

A BJP delegation met the Governor on Saturday and requested him to conduct a floor test in the Assembly. BJP leaders Gopal Bhargava, Shivraj Singh Chouhan, Narottam Mishra, and Bhupendra Singh were part of the delegation that met the Governor.

ALSO READ: He was worried about his political future: Rahul Gandhi on Scindia’s defection

“Our delegation comprises up of fellow partymen met Governor, 22 MLAs have resigned. We have submitted a letter to the Governor and demanded a floor test for Kamal Nath-led government before the commencement of the Budget session of the Assembly,” Shivraj Singh Chouhan said.

“Kamal Nath-led government is in minority now. The government does not have any constitutional authority to run the state. They are not having the power to take decisions. They should first pass the confidence motion in the Assembly,” he said.

While the Bharatiya Janata Party issued a whip asking its MLAs to be present in the assembly for the floor test and vote for BJP, the Madhya Pradesh Congress MLAs, who were lodged in a resort in Jaipur, left for Bhopal on March 15.

As the political crisis intensified in Madhya Pradesh for Kamal Nath-led government, both BJP and Congress had moved their legislators outside of the state and lodge them in luxury hotels to keep the flocks together.

On March 11, BJP sent its MLAs to a luxury hotel in Gurugram while Congress moved its legislators from Bhopal to Jaipur. On March 10, 22 Congress MLAs gave their resignation from the Legislative Assembly.

The resignation letters were sent after Jyotiraditya Scindia resigned from the Congress and later went on to join the BJP. Congress has been witnessing an internal turf war in Madhya Pradesh since the party formed a government in the state in 2018.