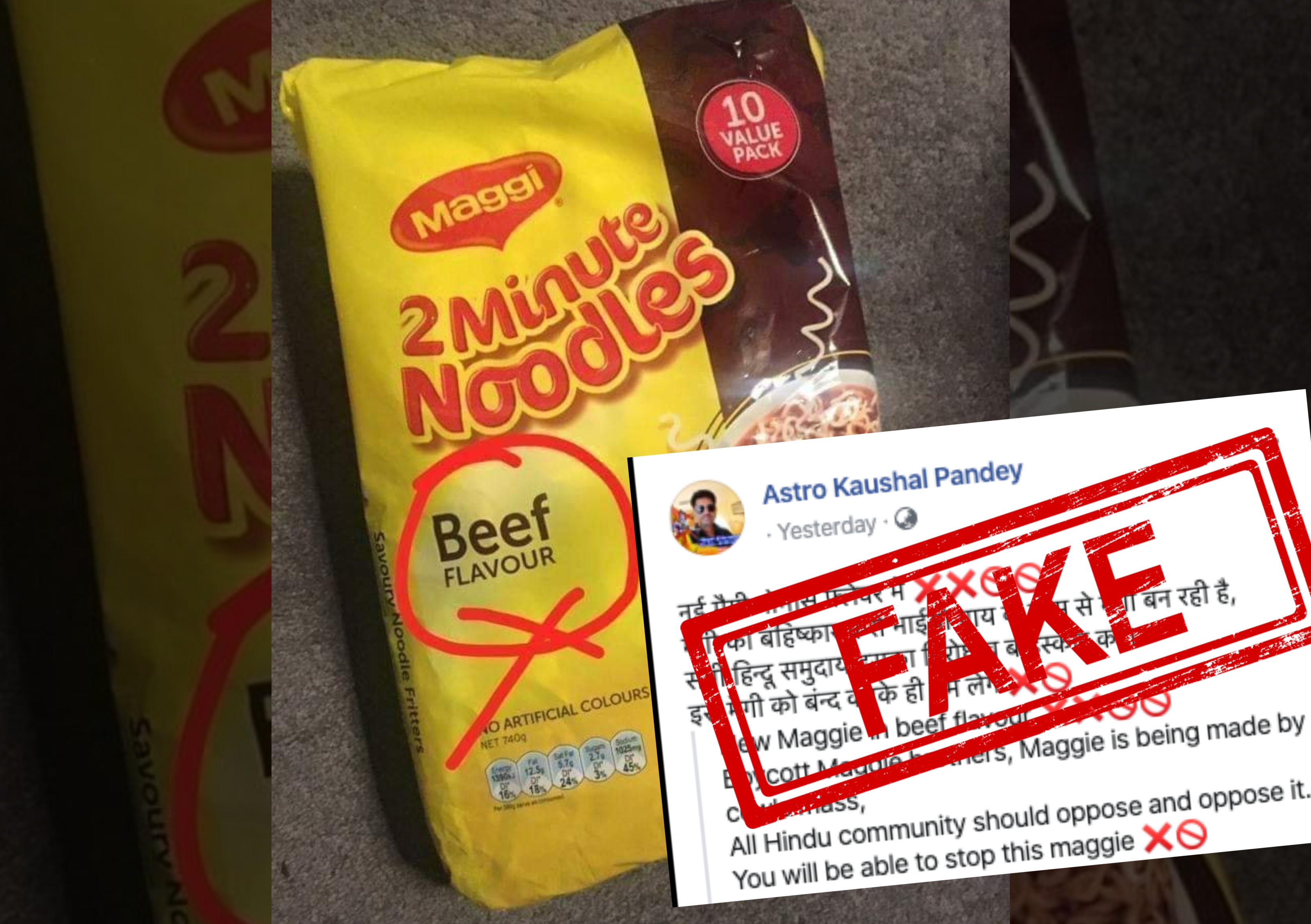 A picture of a pack of Beef flavoured Maggi Noodles is making rounds on social media and it has been claimed that this new flavour of Maggi noodles has been launched in India. 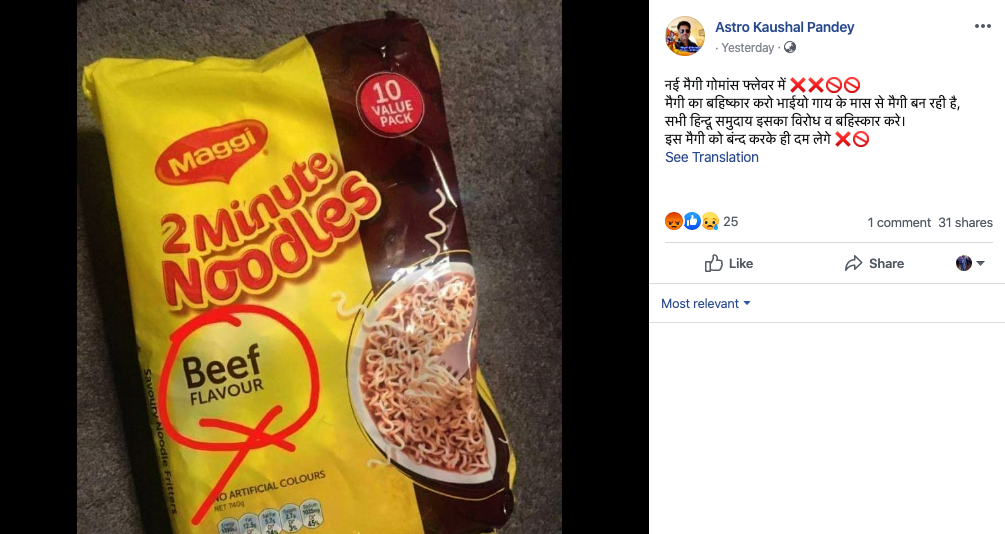 (Translation: New Maggie in beef flavour. Boycott Maggie brothers, Maggie is being made by cow’s mass. All Hindu community should oppose and oppose it. You will be able to stop this maggie)

ALSO READ: Cows in UP wearing masks? Here’s the truth behind this picture…

On scanning, though Nestlé India’s official Twitter handle, we found several tweets by the company clarifying queries regarding the same.

“Hi, we would like to inform you that MAGGI noodles manufactured and sold by Nestlé India does not contain beef or any form of beef flavor,” Nestlé India said in a Tweet.

Hi, we would like to inform you that MAGGI noodles manufactured and sold by Nestlé India does not contain beef or any form of beef flavor.

Hence, the above information clarifies that the Beef flavoured Maggi noodles are not being sold in India and the viral claim attached to the picture is false.