A video is making rounds on social media in which a few men can be seen involved in a scuffle. It has been claimed that the video was shot during an Aam Aadmi Party (AAP) meeting and senior AAP member and Rajya Sabha MP, Sanjay Singh, hit his own MLA with the shoe. 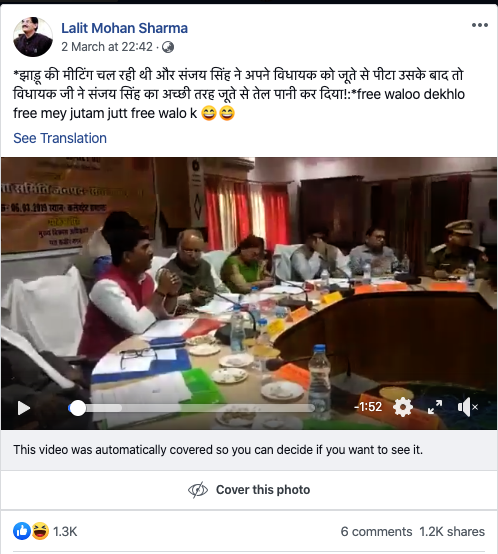 We fact-checked the above video and found that the claims attached to the video are false.

In a NewsMobile report dated March 6, 2019, it was established that the incident took place in Uttar Pradesh’s Sant Kabir Nagar, about 200 km from capital Lucknow where BJP MP Sharad Tripathi and BJP MLA Rakesh Singh were involved in the scuffle. 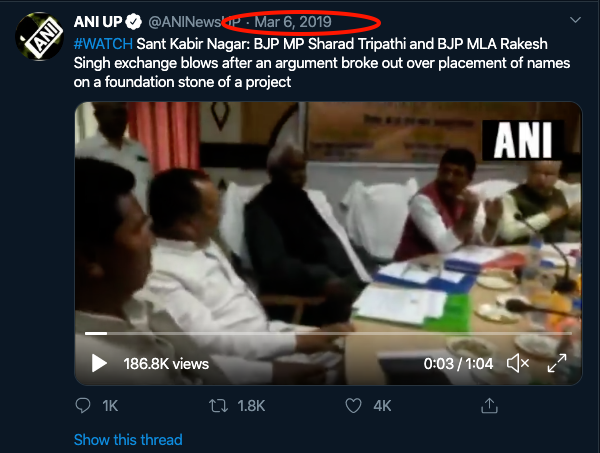 #WATCH Sant Kabir Nagar: BJP MP Sharad Tripathi and BJP MLA Rakesh Singh exchange blows after an argument broke out over placement of names on a foundation stone of a project pic.twitter.com/gP5RM8DgId

Hence, the above information proves that the viral video is old and claims attached are false.