Home Big Story Meet these 20 inspiring women from India who are effecting a change... 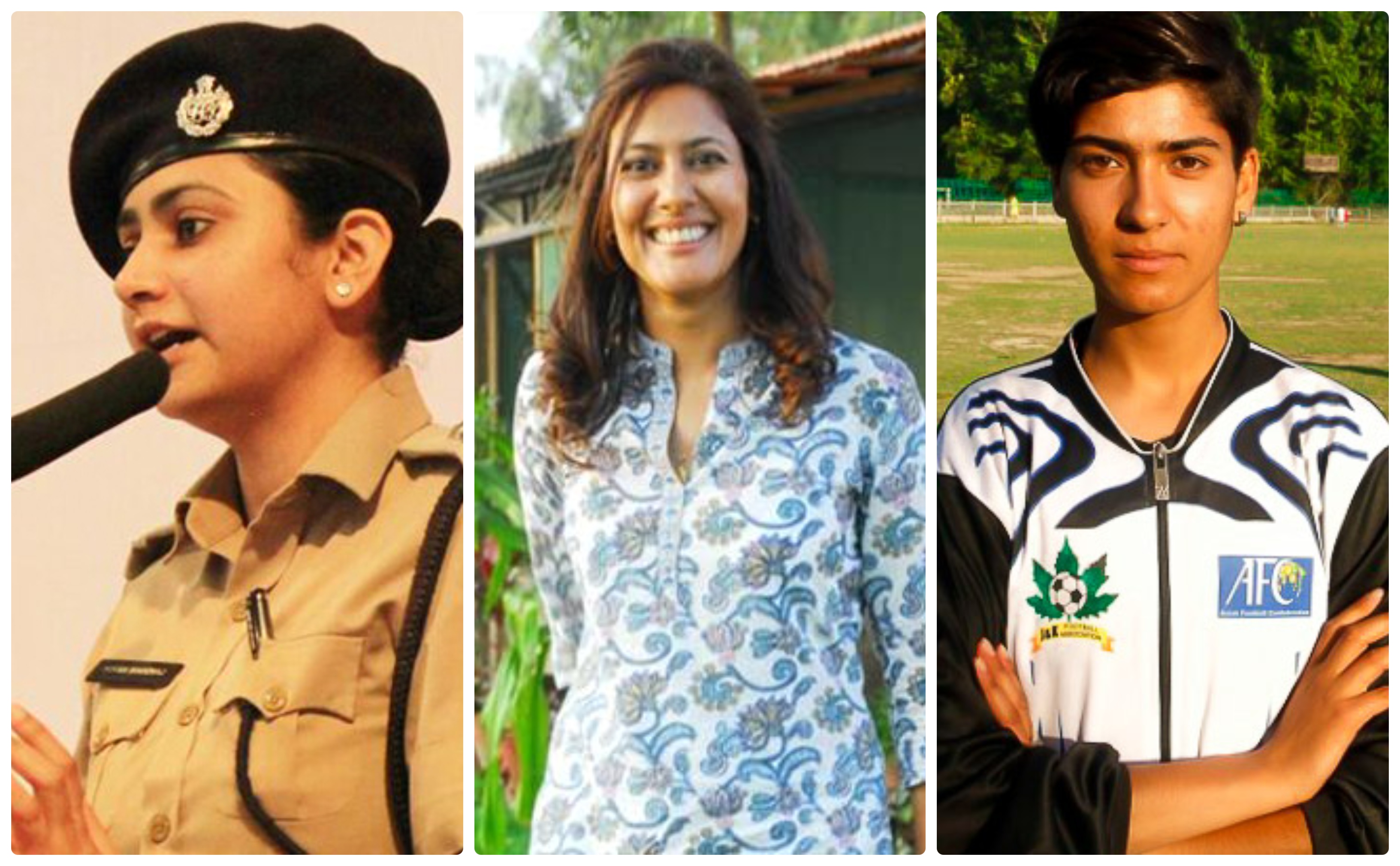 March 8 is International Women’s Day. This day has been recognized by the UN to commemorate the sacrifices of women around the world and raising awareness about their rights.

Deborah Herold, 25 is a cyclist who has won two medals in the Herald Track Asia Cup in the 500 metres time trial and the team sprint.

She has also won five medals at the Taiwan Cup Track International classic.

She is also the first Indian to find place in the UCI rankings of a discipline and is ranked fourth world-wide. 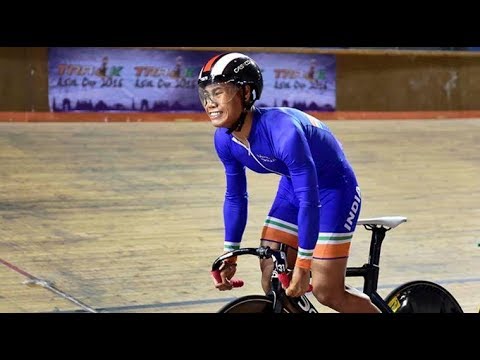 Lieutenant Commander Chintapalli Jhansi joined the Indian Navy in 2013 and after training was posted in the Directorate of Naval Design.

In 2016, she represented the Indian Navy in the International Fleet Review held at Vishakhapatnam.

Growing up in the same city, it was a struggle for her to join the Navy and she struggled in this path to success.

Meena and Reena Ngurang run an educational institute and are working towards the welfare of Tribals in the state.

They had to face adverse circumstance and even the murder of their father did not take up the spirit of public service in them.

Sanjukta Parashar is an IPS officer of the 2006 batch. She graduated in International Relations from the Jawaharlal Nehru University in Delhi.

Her very name strikes a sense of fear in the hearts of the militants and criminals. She is known for her courage and hard work. 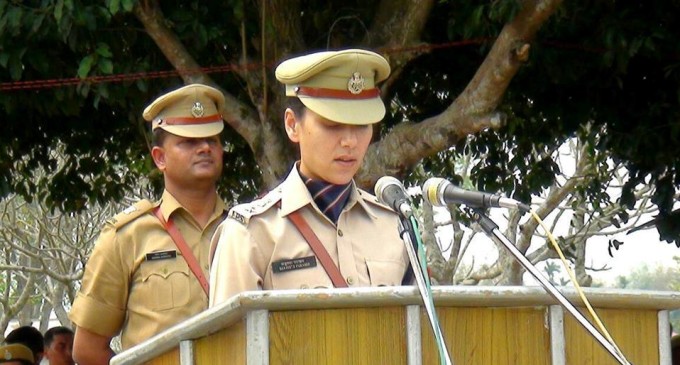 Sharda Sinha, a Padma Shree awardee is known for her folk music. Her most popular work till date is “Pahele Pahil Hum Kayeni Chhath” 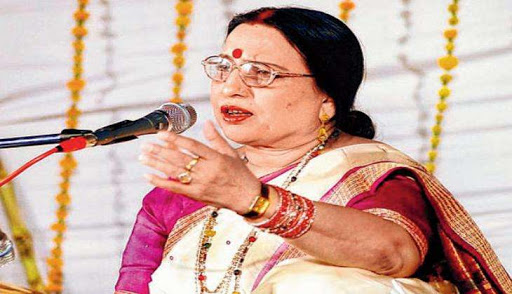 Harbhajan Kaur is a 94 year old women who started late but is now an entrepreneur who has managed to even impress Anand Mahindra.

She is a living example to all people, irrespective of sex and region that it is never too late to begin and pursue your dreams.

She wanted to make sweets and sell them. She does that now. Her “Besan Ki Barfi” is a must-have sweet, her customers vouch for. 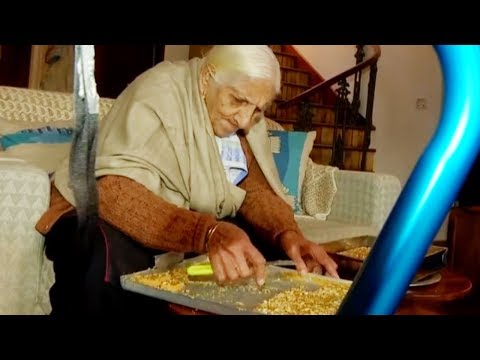 Sadhna Sharma in Korba district of Chhattisgarh was married off at the age of 20 with just a BSC degree in hand. She fought her way through and obtained various degrees such as MBA, MSC-IT and M.PHIL.

This is when her journey began when she established a small computer training centre for the tribal population in her district. It is now a thriving centre which trains many children on basic IT skills.

She has also been awarded by the Union Ministry of Women and Child Welfare.

Ria Sharma is the founder of the NGO, “Make love not scars”. This NGO specifically deals with victims of acid attack and so has far won many awards from the Government of India for its work on women’s welfare.

Siya Shaikh set up “Gowomania Goa” to help the women of Goa become entrepreneurs. She set up the company to help women sell their products in the both national and international markets.

Ajita Italiya does everything that one can imagine. An entrepreneur, writer, cyclist, fashion diva and more.

She is the first Indian women to cross the Spiti Valley in Himachal Pradesh by a cycle.

Her success has also been appreciated by Prime Minister Narendra Modi. 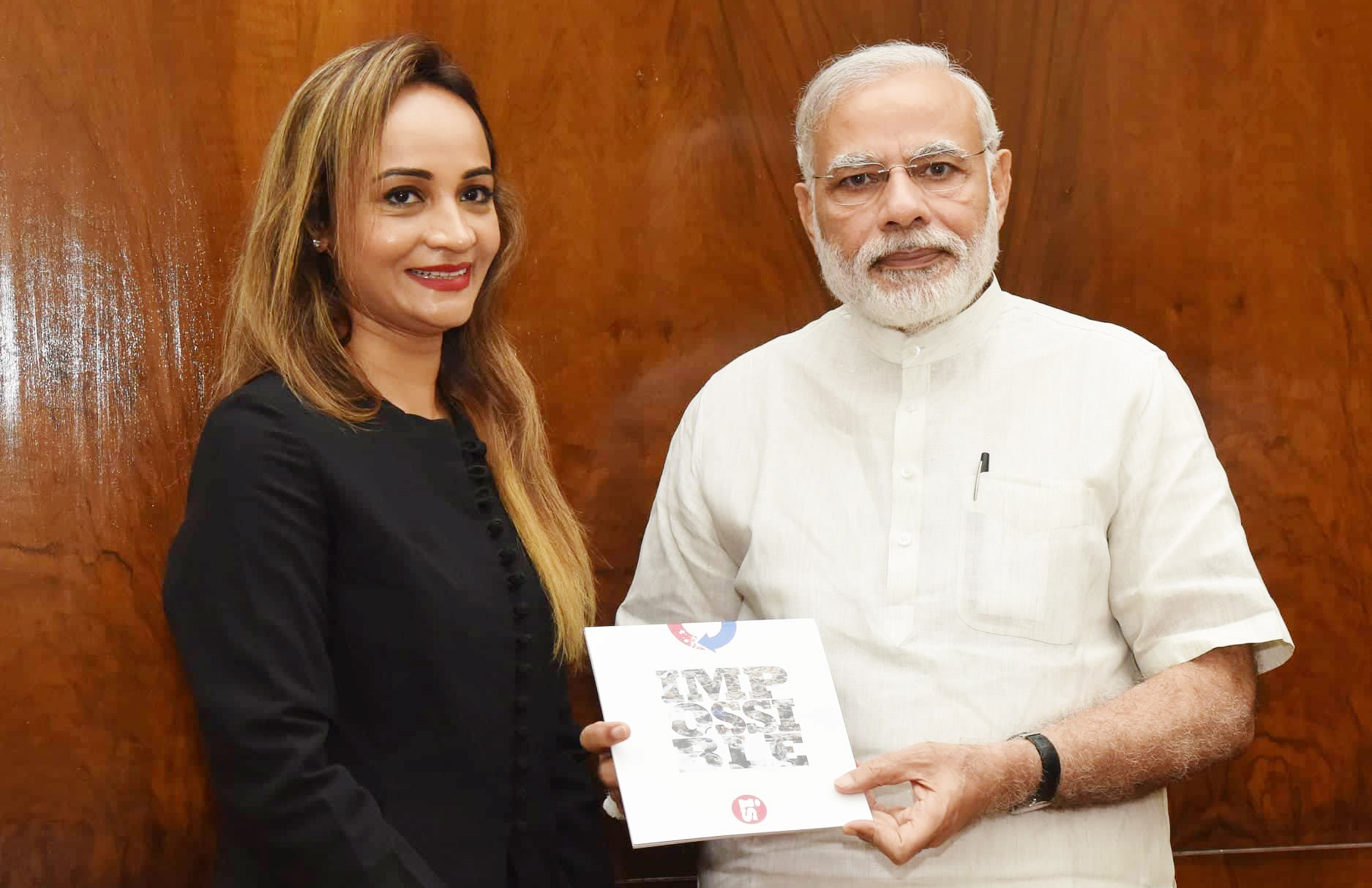 Monika Bharadwaj is an inspiring officer of the Indian Police Service (IPS) officer from the 2009 batch.

She is currently serving in Delhi and was appreciated for her handling of many sensitive cases. 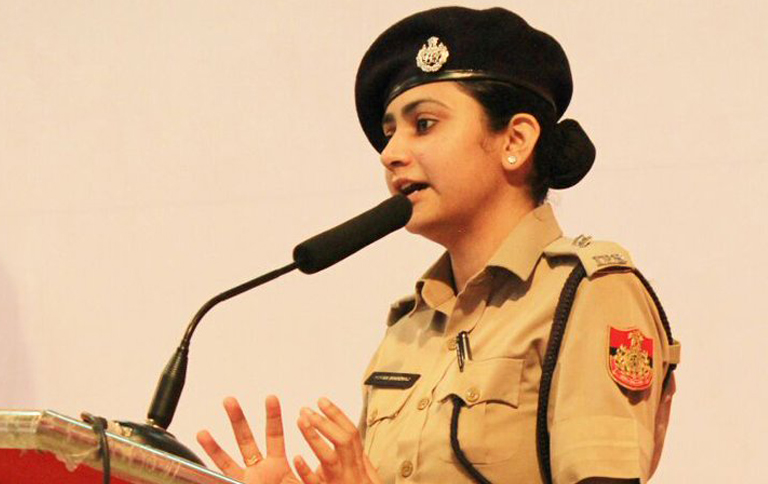 Not letting any adversity weaken her, Ravina Thakur became the first taxi driver in the state. She battled societal norms and took up the responsibility of providing for her family when her father passed away. She was just 20 years old when she started driving. 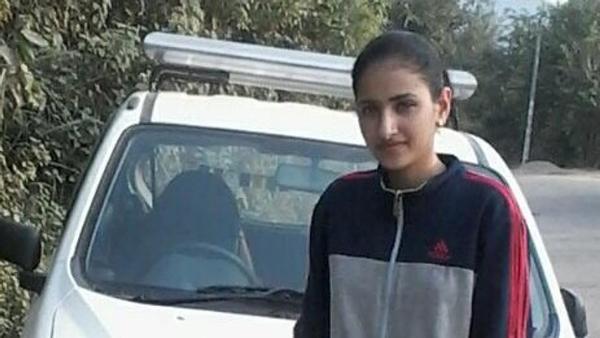 Nadiya Nighat is the first female football coach. She has inspired many other girls to take up the game across the state. She has brought many laurels for the nation. 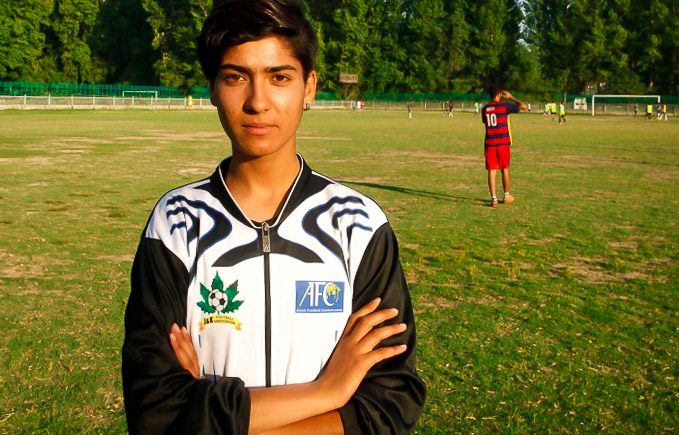 Archer Deepika Kumari is a gold medal winner in the Commonwealth Games of 2010. She was ranked one in the World Archery ranking at one point of time and is currently ranked at number 8. 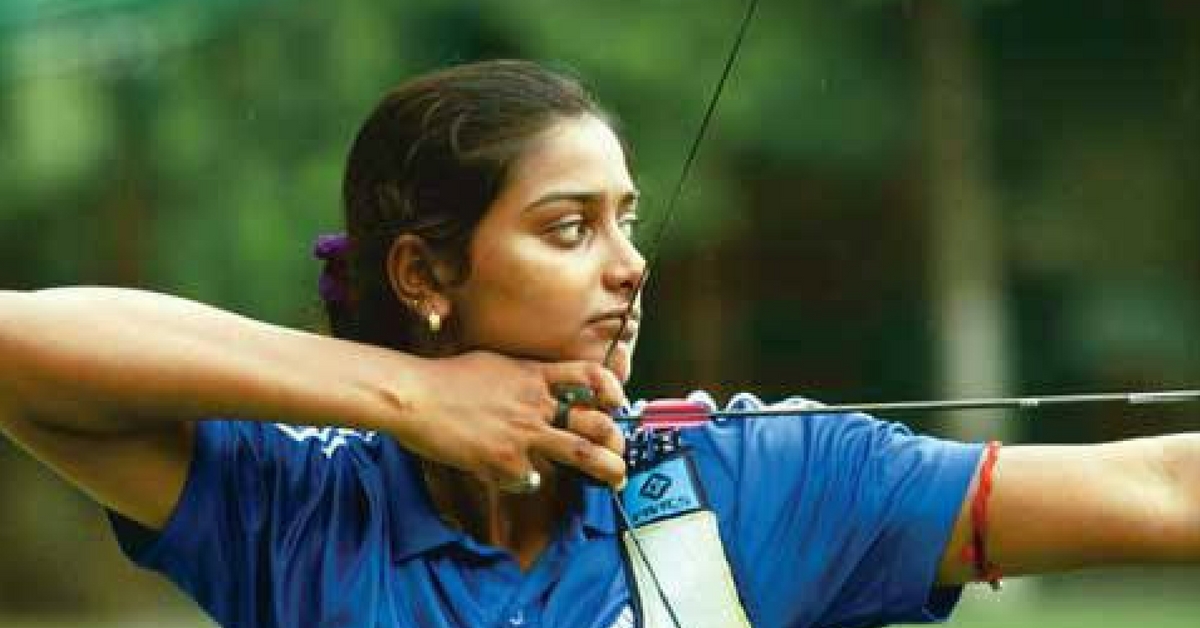 Sallumarada Thimakka, a childless woman who contemplated committing suicide at one point of time is now a Padma Shri Awardee and has regenerated an entire forest by planting trees and has fought climate change. Her age is 108-109.

She became the first woman IAS officer of the country when she passed the exam in 1950. She had a distinguished career in the government services before retiring. 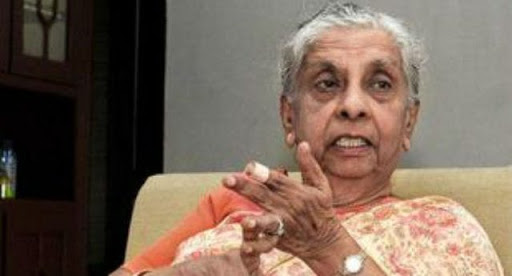 Lata Mangeskar was born in Indore and is an accomplisher singer. She is also the recipient of many awards such as the Bharat Ratna and the Dadasaheb Phalke award. 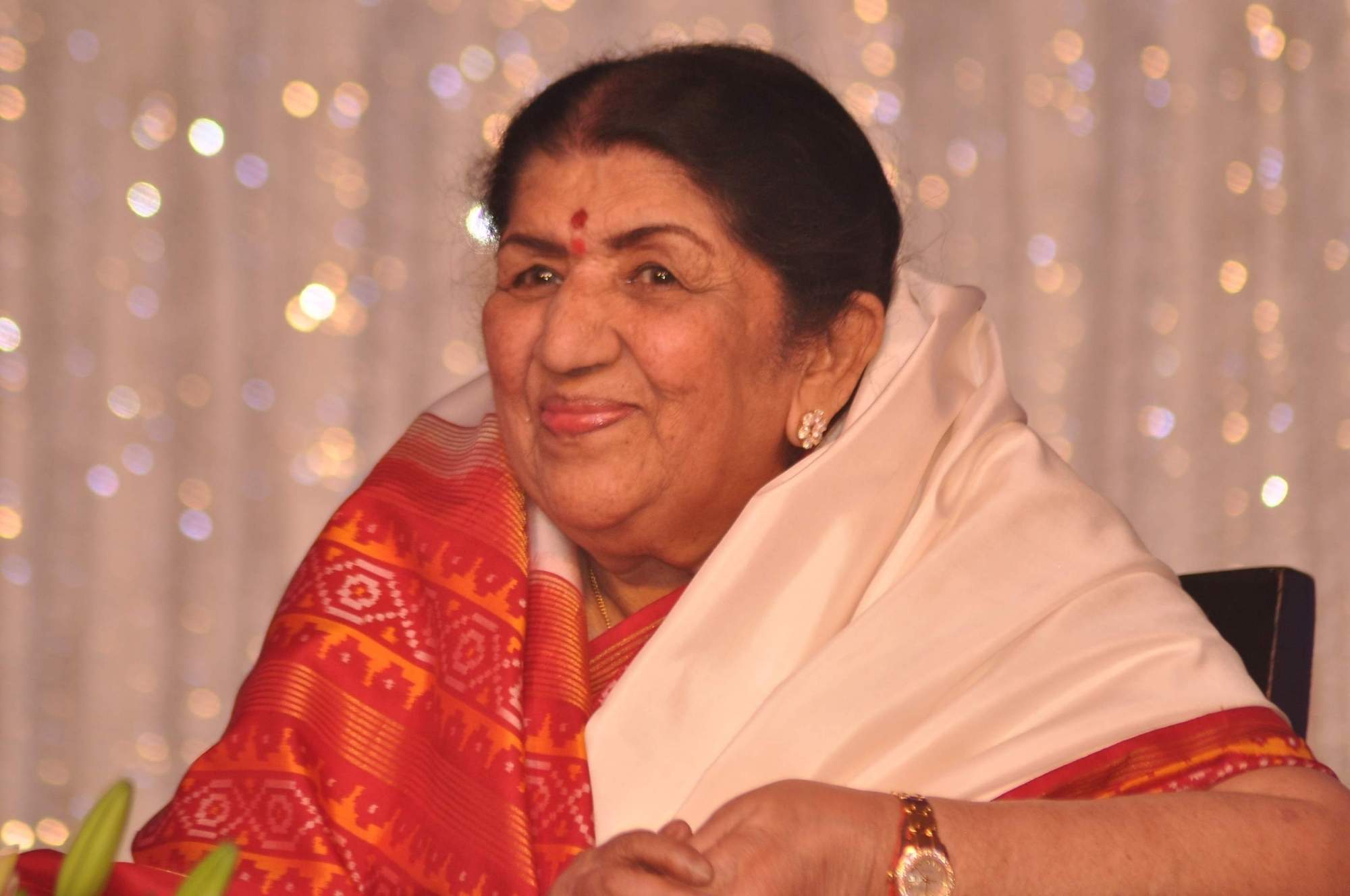 Kamal Kumbhar from Osmanabad district of the state broke away from the shackles of poverty and started a micro enterprise which has helped hundreds of women get out of poverty. She has been awarded by the NITI Aayog for her efforts.

She became the youngest woman sarpanch of a village in Rajasthan. She holds an MBA degree and decided to take a plunge into politics. 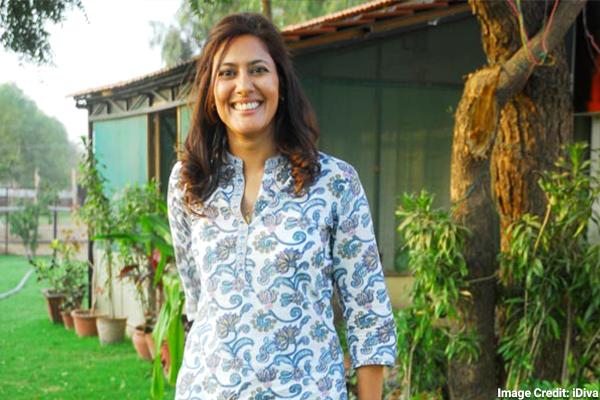 In 2020, these 20 women will continue to inspire not just women but also men.