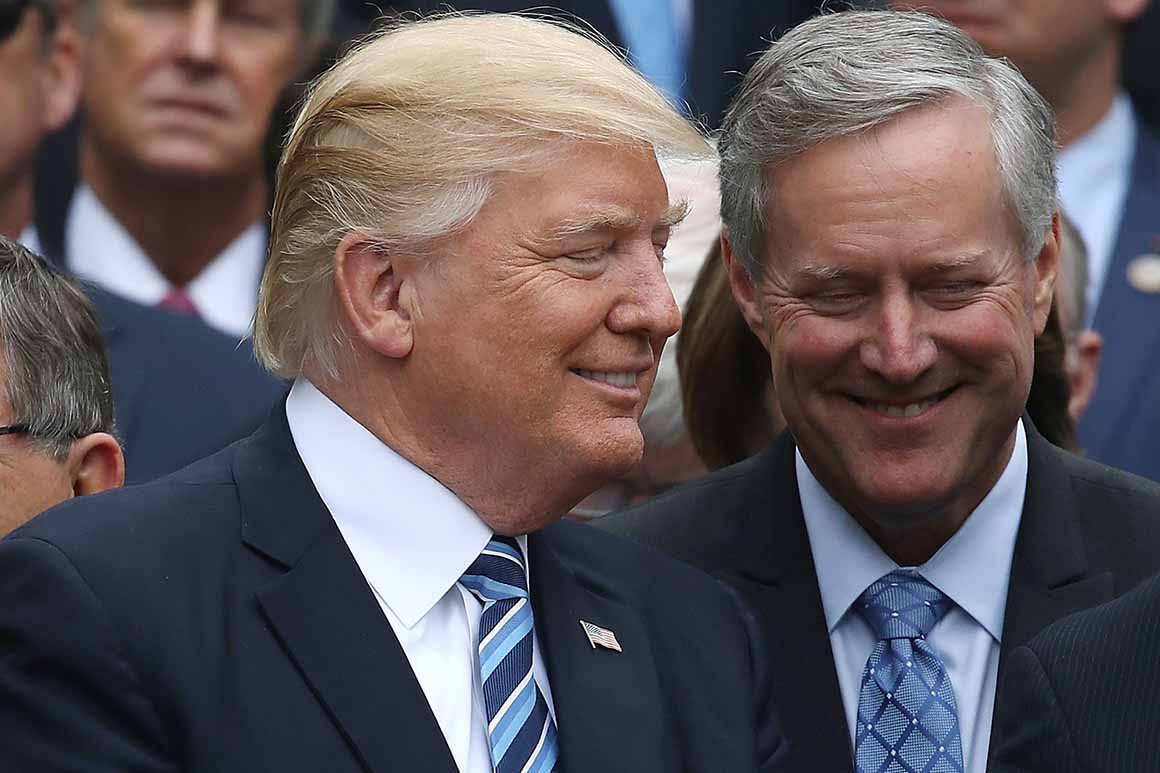 US President Donald Trump appointed Mark Meadows who is a long -term supporter of the President, as the new Chief of Staff replacing Mick Mulvaney on Friday.

Mark Meadows is a fourth term congressman from North Carolina and had chaired the freedom caucus and has been a strong supporter of President Trump’s decision to build a wall between the US and Mexico in the US Congress.

Meadows has now decided not to contest the upcoming polls to the US congress, in view of his appointment as the Chief of Staff.

Meadows is the fourth Chief of Staff appointed by President Trump after assuming office in 2017. The slew of appointments has been questioned by Trump’s critics.

His functions are briefly, representing the US President, liasoning with the US Congress and regulating the entry of individuals into the White House and appointment and supervision of staff at Whitehouse.

This is a political appointment and doesn’t need the confirmation by the US Senate.

The previous Chief of Staff Mick Mulvaney has been appointed as the US envoy to Northern Ireland. His involvement in the Ukrainian arms deal which resulted in the impeachment proceedings against President Trump had sullied his credibility.