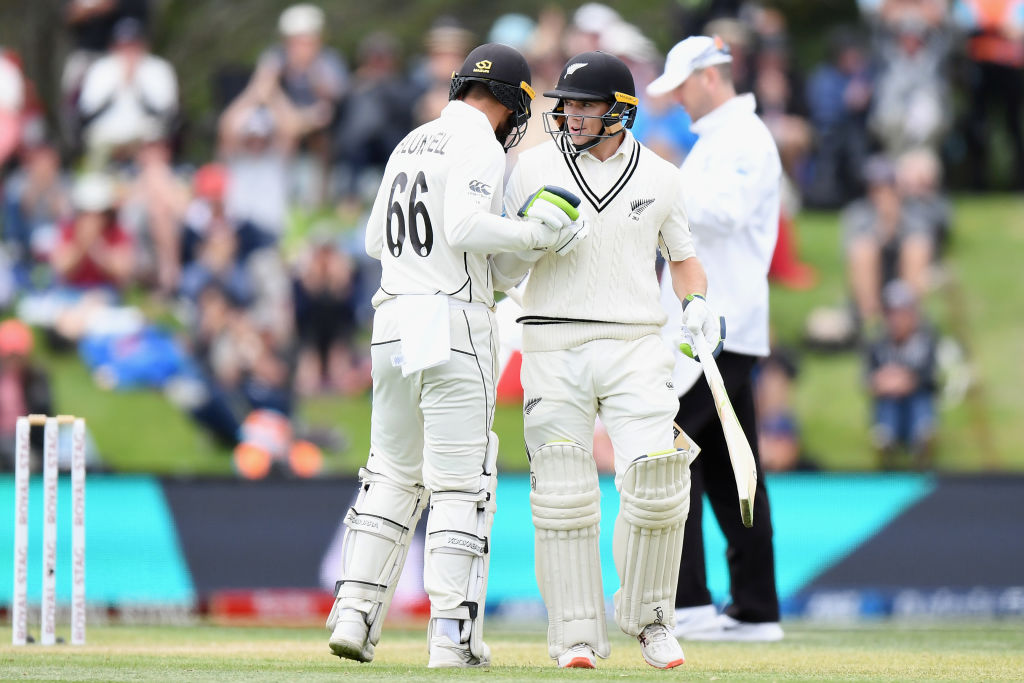 India’s disheartening batting performance resulted in the team’s loss by seven wickets in the second Test of the two-match series against New Zealand on Monday at the Hagley Oval.

With this win, New Zealand whitewashed India in the two-match Test series and has moved to the third spot in the World Test Championship standings with 180 points.

India is placed at the top spot with 360 points from nine matches.

Chasing 132, New Zealand openers Tom Latham and Tom Blundell provided the team with a solid start and kept on scoring at a brisk pace.

The duo did not let the momentum slide for the hosts and formed a stand of 103 runs.

India finally managed to take Latham’s (52) wicket in the 28th over as Umesh Yadav sent him back to the pavilion. Soon after, Jasprit Bumrah got among the wicket-taking charts as he dismissed Kiwi skipper Kane Williamson (8) and Blundell (55), with New Zealand still 11 runs away from the target.

In the end, Henry Nicholls (5*) and Ross Taylor (5*) took New Zealand over the line by seven wickets on day three of the second Test.

Earlier, resuming day four at 90/6, India managed to add just 34 more runs to their total, and as a result, New Zealand was set a target of 132 runs.

Rishabh Pant (4) and Hanuma Vihari (9) fell cheaply and after their dismissals, Kiwis wrapped up the tail.