Home NM FACT CHECKER Picture showing Aamir Khan as an atheist and an opponent of Hinduism?... 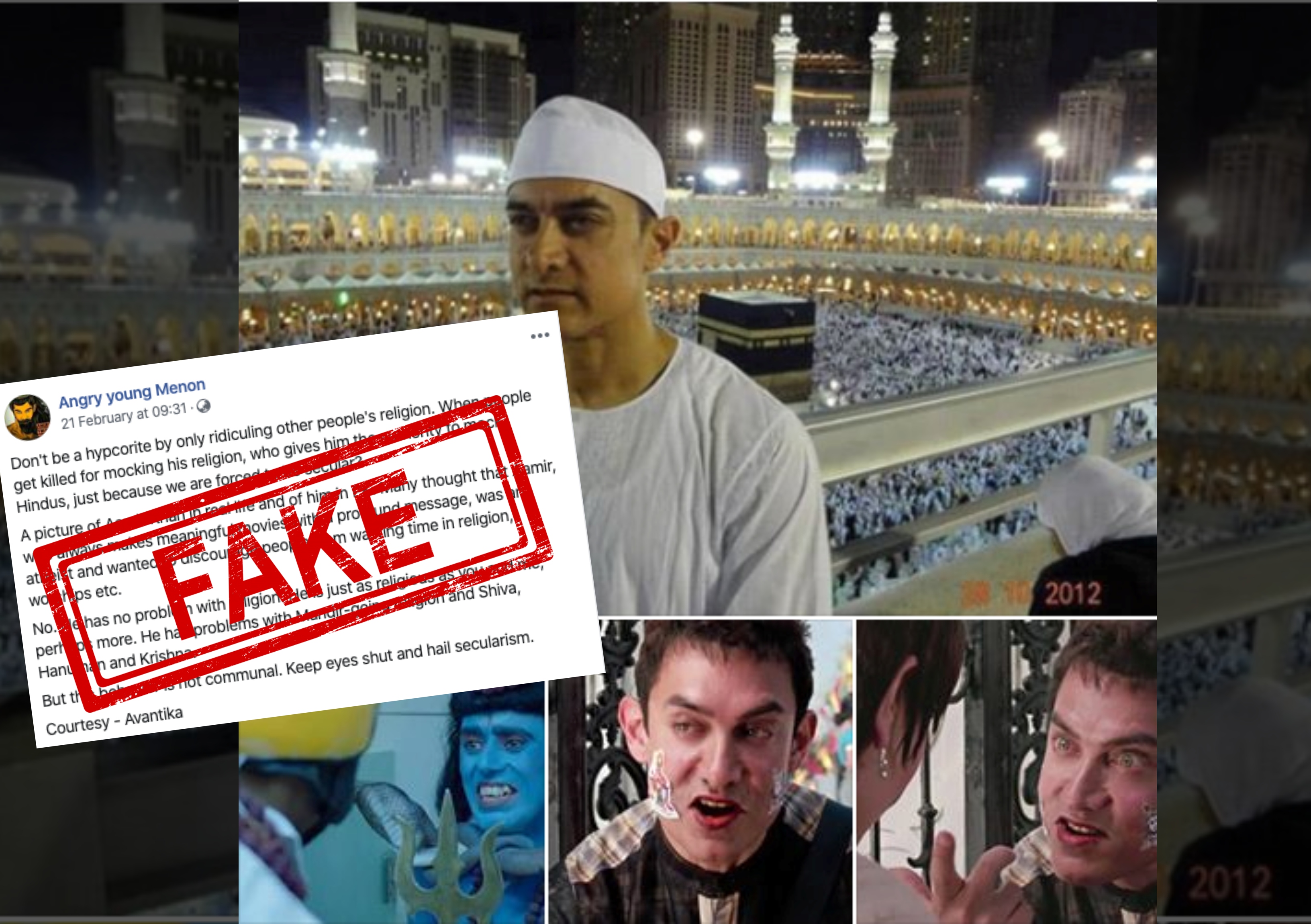 A set of pictures is making rounds on social media showing Bollywood actor Aamir Khan at Haj and other pictures of him from his movie ‘PK’. 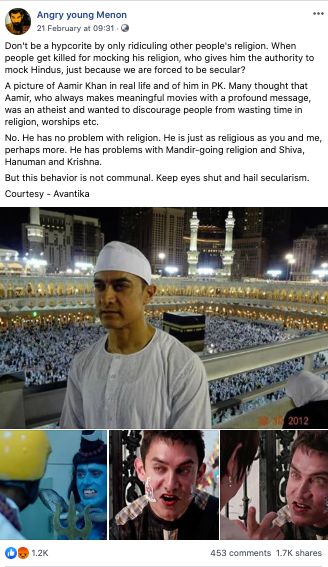 The caption with the pictures read: “A picture of Aamir Khan in real life and of him in PK. Many thought that Aamir, who always makes meaningful movies with a profound message, was an atheist and wanted to discourage people from wasting time in religion, worships etc.

No. He has no problem with religion. He is just as religious as you and me, perhaps more. He has problems with Mandir-going religion and Shiva, Hanuman and Krishna.

But this behavior is not communal. Keep eyes shut and hail secularism.” 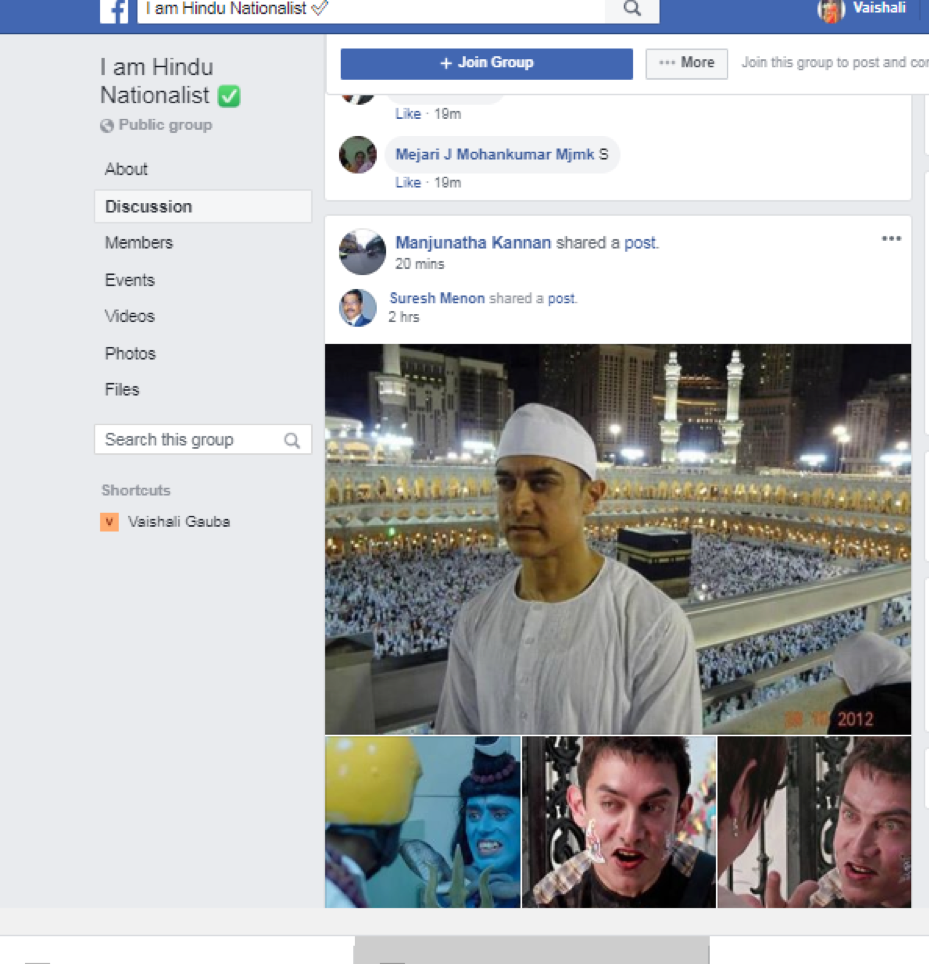 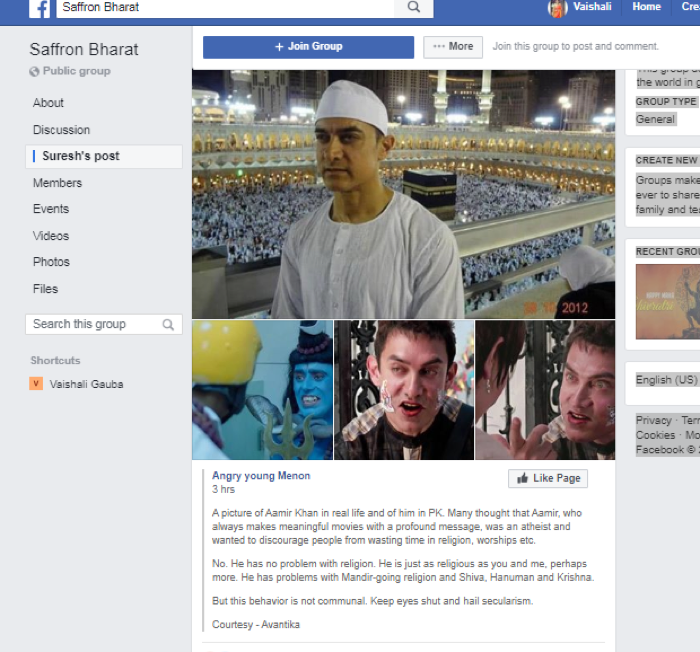 We fact-checked the picture as well as the elements listed in the original picture. The picture that shows Aamir Khan at Hajj in Mecca is from 2012 when he went there with his mother. 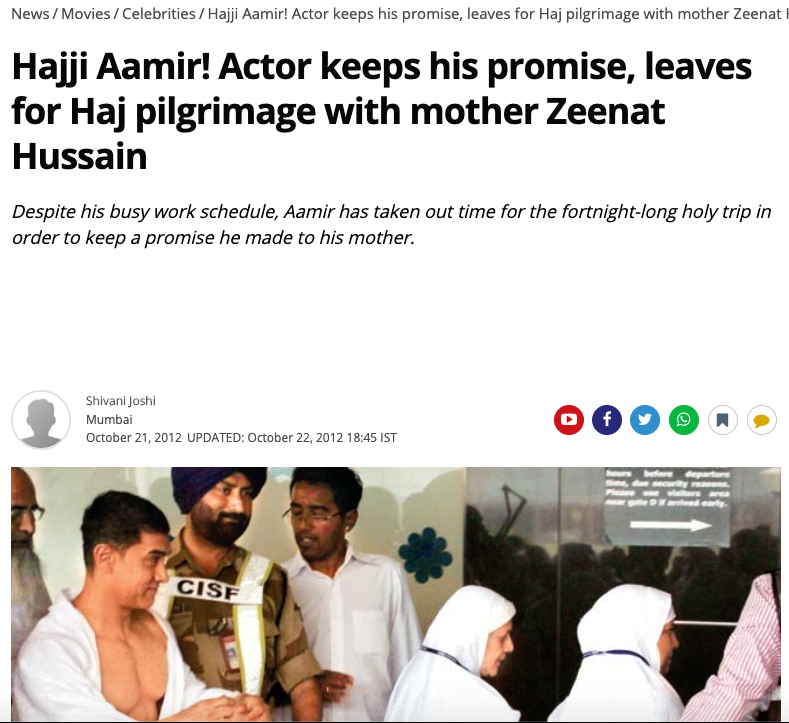 That picture, from his real life, is compared to pictures of him as an actor in the movie PK.
The post also states that Aamir Khan has presented himself as an atheist – to which we found no truth. In an interview with The Times of India, Khan’s wife says she is an atheist. 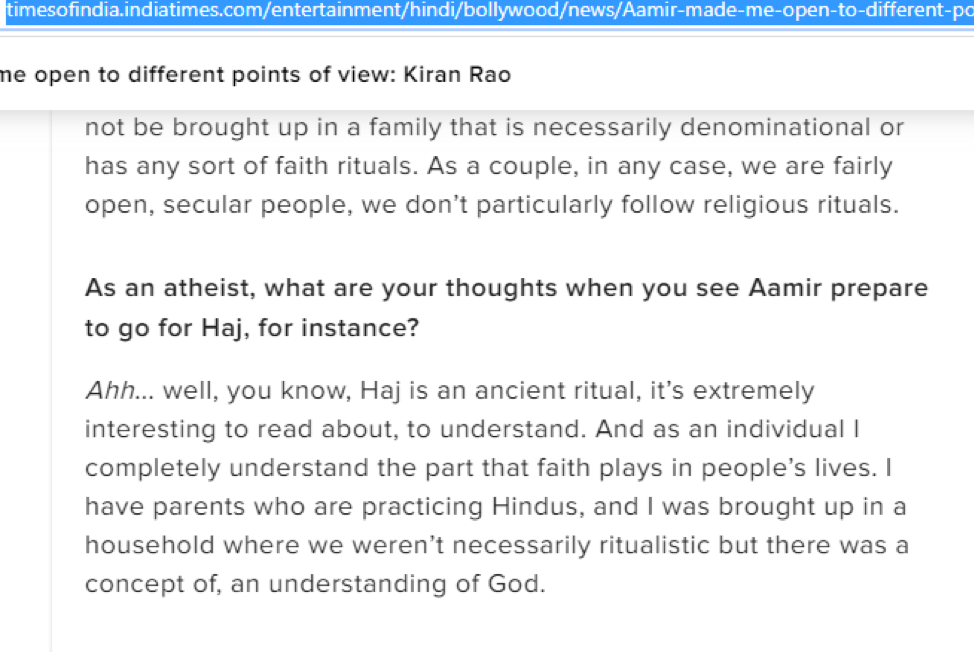 Hence the images have been collaborated in a misleading way with a communal angle and contains factually incorrect information.