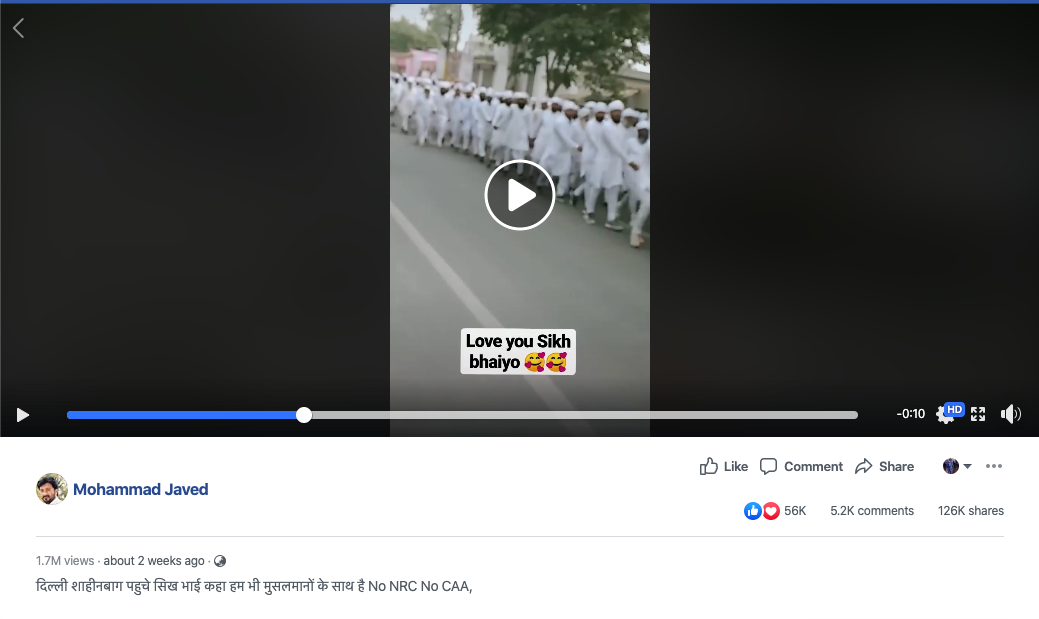 At the time of filing this report, the above video was shared by over 1.2 lakh Facebook users and had over 1.7 million views.

NewsMobile fact-checked the above video and found the claim attached to the video is FAKE.

On closely analyzing the video, we noticed a bike with Punjab’ registration number plate and a car with ‘Punjab Police’ written on the windshield. 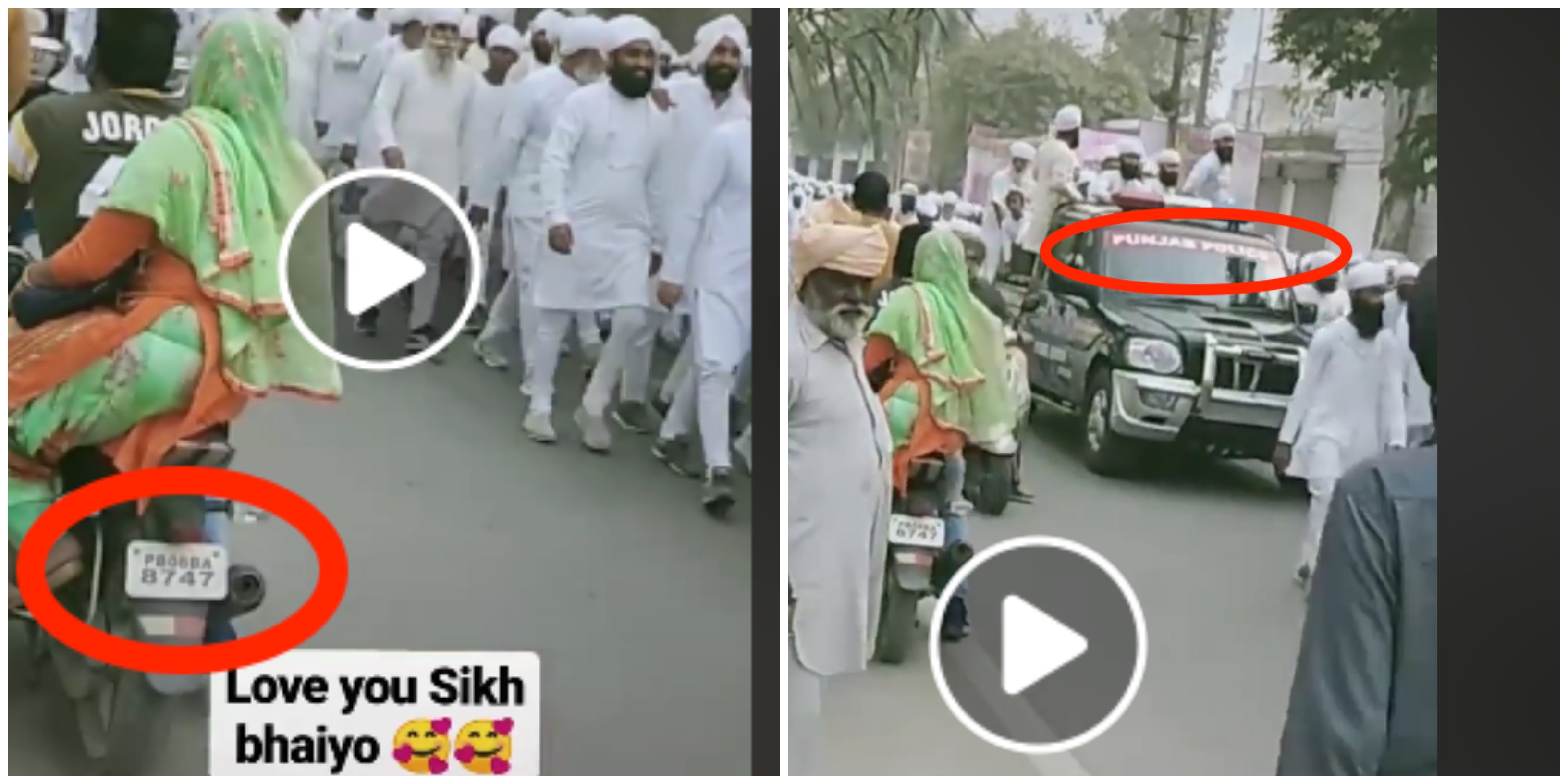 On digging further, we found a video posted by Sri Bhaini Sahib in which a man is clarifying that the viral video is of a march organized by Namdhari Sikhs to commemorate the 550th birth anniversary of Guru Nanak Dev.

On our further investigation, we found a video on YouTube dated November 02, 2019, of the same march from a different angle.

In conclusion, the above information proves that the viral video has no connection with protests at Delhi’s Shaheen Bagh.