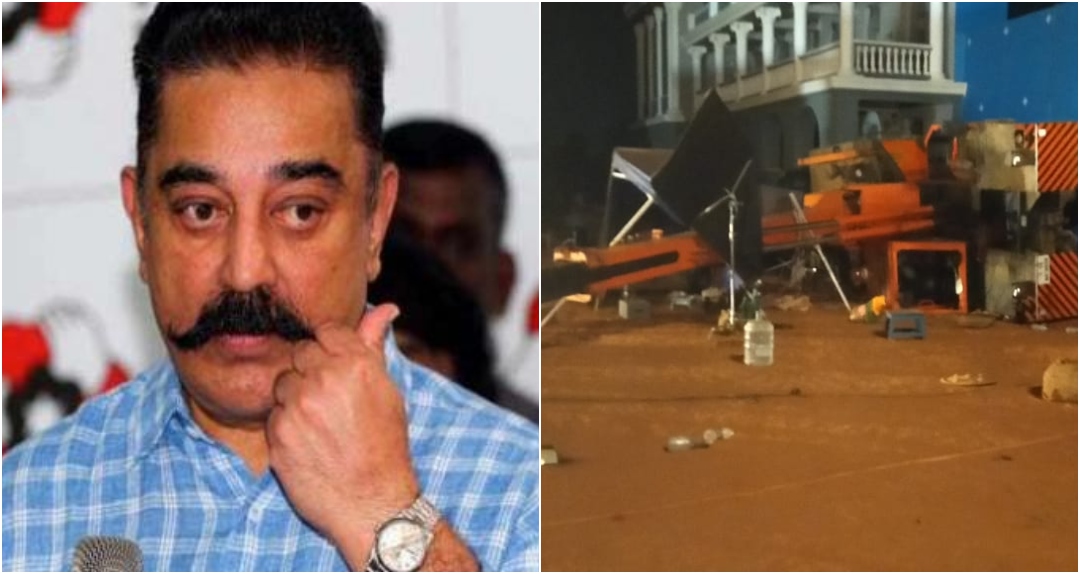 Three men were killed on the sets of a Kamal Haasan’s ‘Indian 2’ after a crane on which they were sitting on, broke apart and crashed to the ground.

All the three were assistant directors of the film being shot at EVP Film City near Chennai. 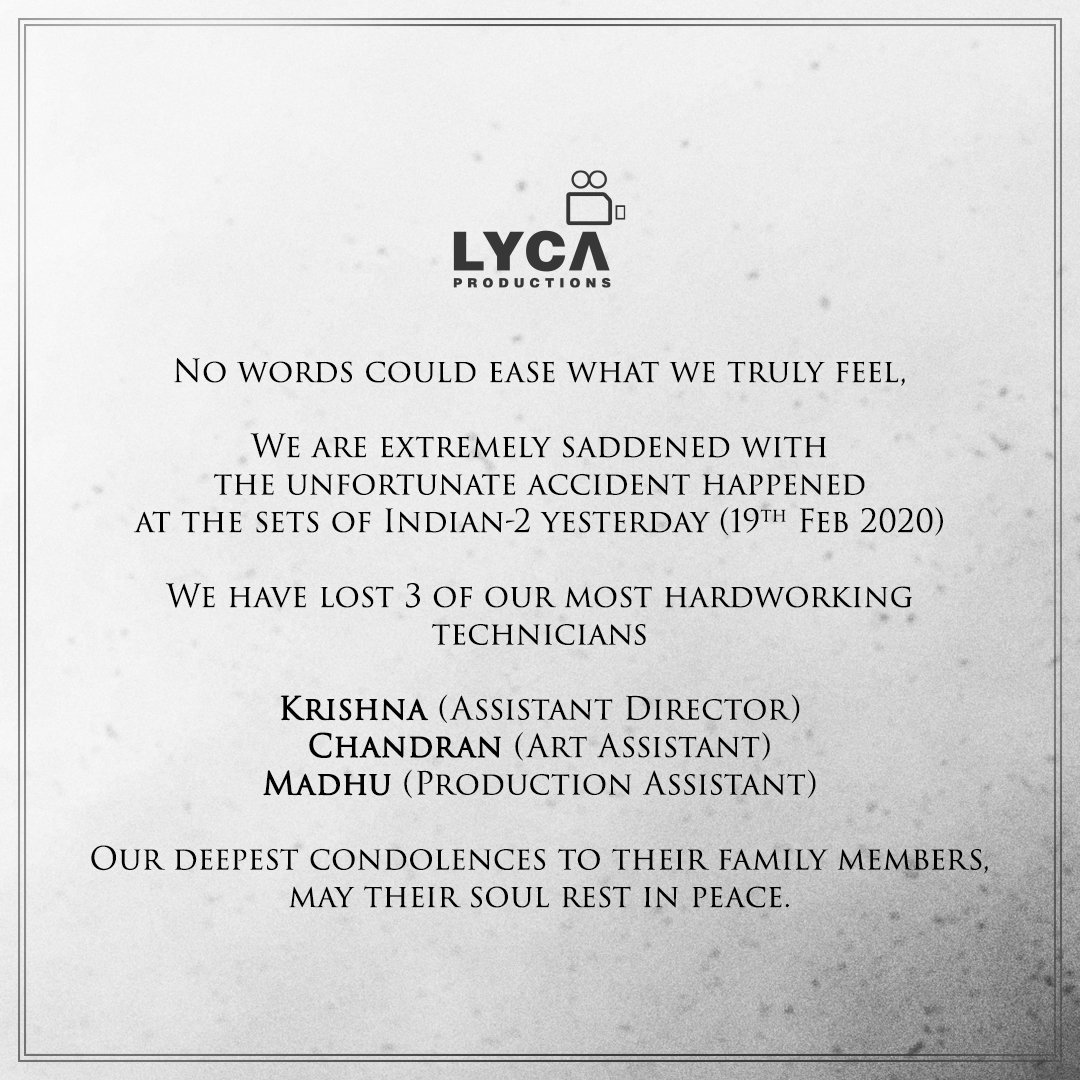 Nine others were injured.

Actor Kamal Haasan expressed condolences over the death of three people on the set of his movie, ‘Indian 2’.

Haasan called the accident ‘cruel’ and regretted the loss of his three colleagues.

“More than my pain, the grief of their families would be immense. I share their grief. My deep condolences to them,” he said in a tweet.

“Although seen many accidents but today’s accident is horrible. I lost three friends. Rather than my pain, their family has more suffering. My deepest condolences,” Haasan’s tweet in English translated from Tamil.

The injured persons have been shifted to a hospital.

Directed by Shankar, ‘Indian 2’ is an action thriller and a sequel to the 1996 film, ‘Indian’. It is being seen as Kamal Haasan’s film that ‘dabbles in politics’. The Tamil Nadu assembly election is due next year.