Home Home Slider Your right to protest shouldn’t encroach on others’ rights: SC mediators to... 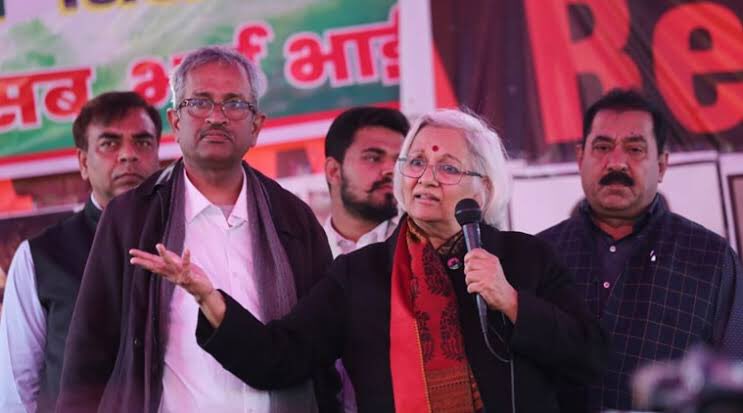 New Delhi: Supreme Court-appointed mediator Sadhana Ramachandran on Wednesday interacted with the anti-CAA protestors at Shaheen Bagh and said that their right to protest should not affect the right of others to use public road and services.

Talking to the protestors, she said that she will hear them out and together they will find a solution that will set an example for not only the country but for the world.

“It will tell the world that we think about everyone and not only ourselves,” she told the demonstrators protesting against the recently implemented Citizenship Amendment Act (CAA).

“We have come here according to the order of the Supreme Court. We hope to speak to everyone. We hope to resolve the matter with everybody’s co-operation,” Hegde told reporters ahead of the interaction.

The Supreme Court had on Monday appointed senior lawyers Sanjay Hegde and Sadhana Ramachandran besides former Chief Information Commissioner Wajahat Habibullah to go and talk to protesters at Shaheen Bagh area to convince them to hold the agitation at an alternative site.

The apex court has fixed the matter for further hearing on February 24.

Thousands of people, including a large number of Muslim women, have been staging a sit-in protest at Delhi’s Shaheen Bagh area since mid-December last year against the Citizenship Amendment Act (CAA) and the proposed National Register of Citizens (NRC).

The PIL, filed by Nand Kishore Garg and Amit Sahni through their lawyer Shashank Deo Sudhi last week, sought appropriate directions to the Centre and others concerned for removal of protestors from Shaheen Bagh near Kalindi Kunj.

The petition seeks appropriate direction to the respondents, including the Union of India, for laying down “detailed, comprehensive and exhaustive guidelines relating to outright restrictions for holding protest/agitation” leading to obstruction of the public space.