Home NM FACT CHECKER Fact Check: This video of commando with his dog jumping off a... 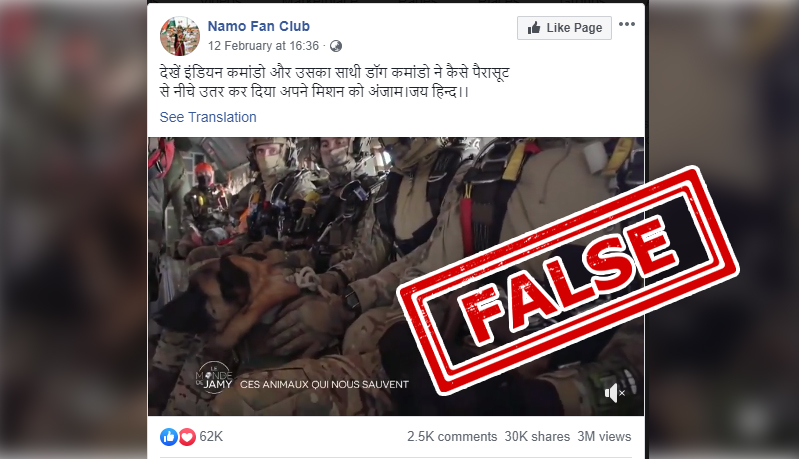 A video of a commando with his dog commando is being shared on social media with a claim that it is from India.

NewsMobile fact-checked the above video and found that it is of France’s special forces.

We noticed that the video had the logo of Le monde de Jamy.

According to the video caption, the Malinois dog is named Lioda, who is a member of the 1st Marine Infantry Parachute Regiment in the French Army Special Forces Command.

The caption also states that Lioda intervenes in war zones and in the fight against terrorism.

The above information proves that the video is NOT of Indian commandos.