A picture of Delhi Chief Minister Arvind Kejriwal is doing rounds on social media in which he can be seen dressed in a woman’s attire. 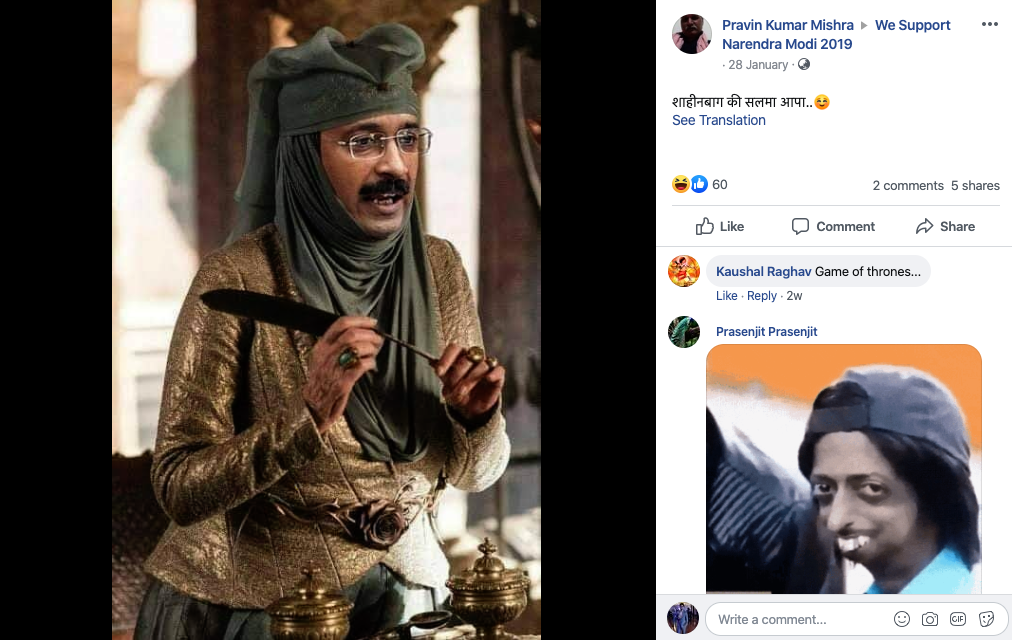 On putting the picture through Reverse Image Search, we found the original picture. 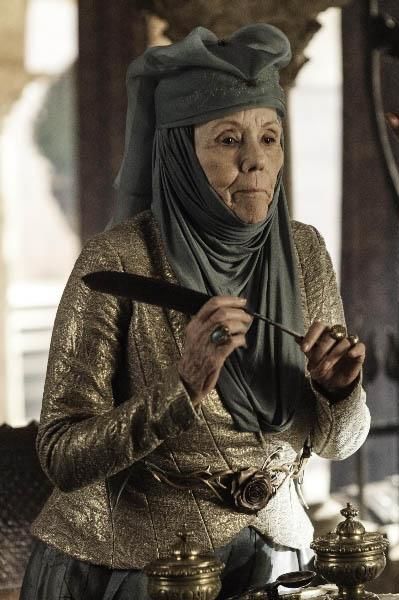 The woman in the original picture is Lady Olenna Redwyne Tyrell- a fictional character in the popular TV series Game of Thrones. The character is played by British actress Diana Rigg. 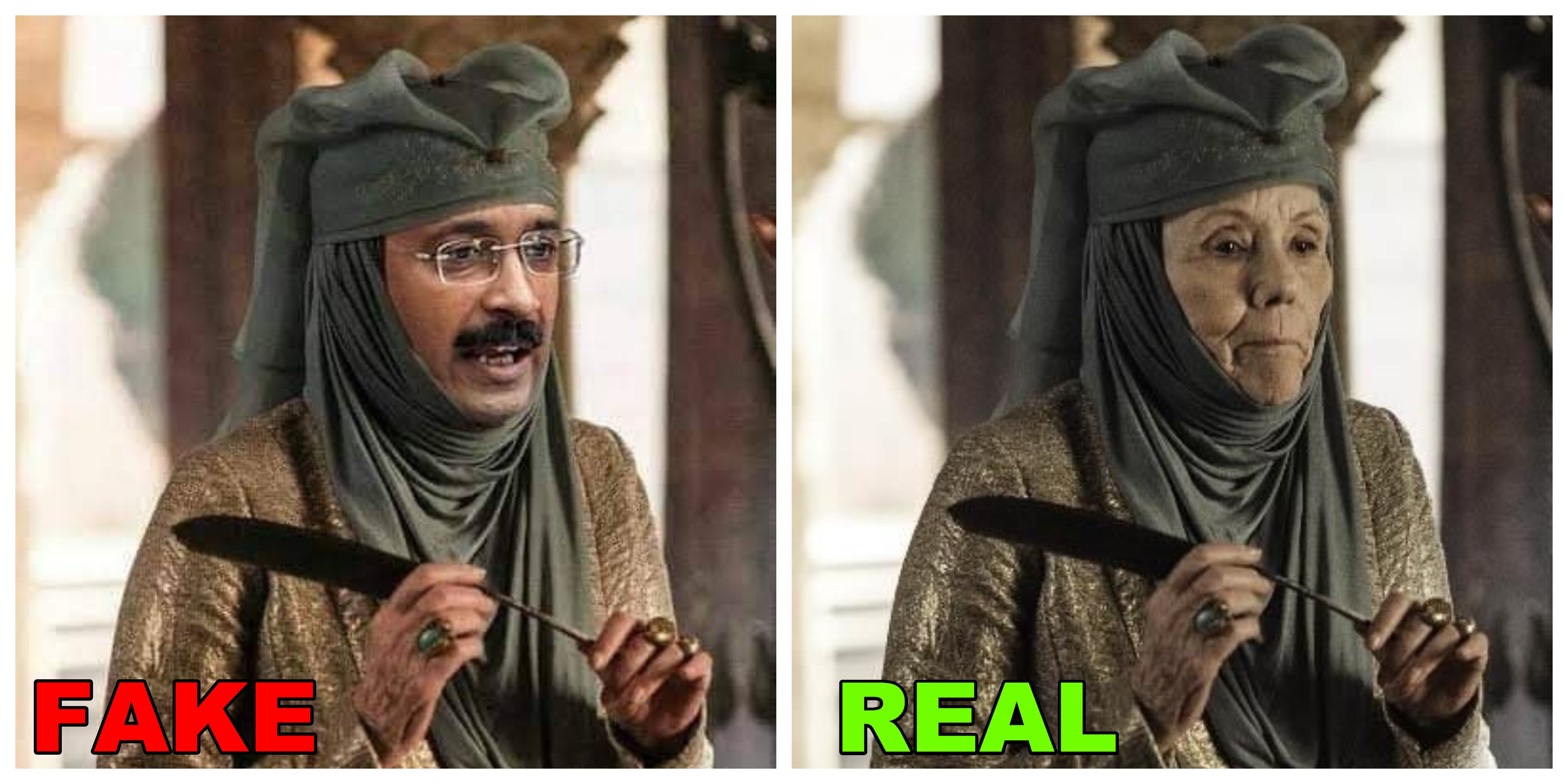 In the above FAKE vs REAL collage, it is clear that Kejriwal’s face was superimposed on Diana Rigg’s face using photo editing software to create a FAKE image.